Lovecraft Country, Episode 10 (“Full Circle”), the season finale, opens with Lettie, Atticus, Hippolyta and Montrose running into a room with (a cursed) Diana in their arms. They have the Book of Names and are desperate to remove the curse that Lancaster has put on Diana, which would otherwise result in her death.

Atticus begins to recite the spell to open the Book of Names. However, when it opens, it reveals a mark that is the same as Atticus’s birthmark, and Atticus and Lettie both collapse. They (their minds) enter an “ancestral space” where Atticus’s great-grandmother and Hanna (Atticus’s ancestor who was a slave impregnated by Titus Braithwhite) are able to talk to them. The great-grandmother explains that Hanna gave birth to this “space” on the night she opened the Book of Names. Atticus was brought here due to his mother’s bloodline that is linked to Hanna, and Lettie was brought here due to baby inside her (which shares that bloodline since Atticus is the father). 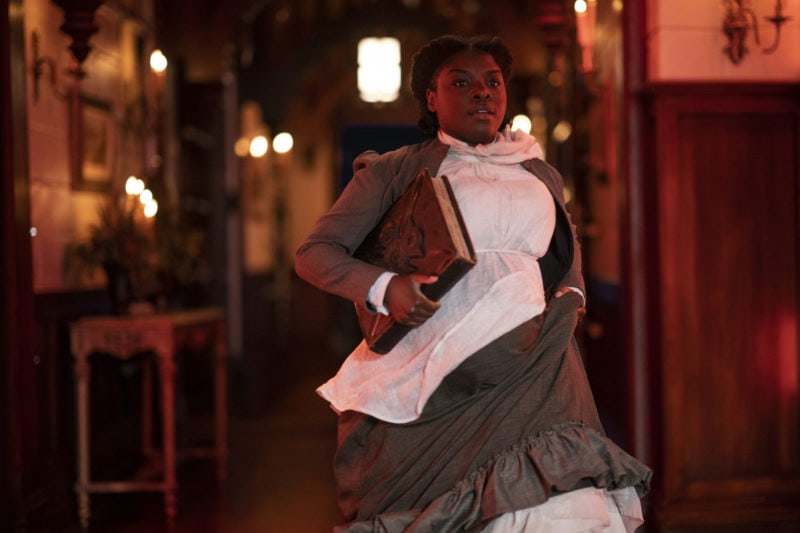 The “ancestral space” is a place that is cloaked in red flames, where Atticus is able to interact with his ancestors. Hanna says that she had initially feared these flames, but learned that it was a source of power. Atticus asks Hanna for help in removing in the curse on Diana. Atticus then — still in the “ancestral space” — sees his mother, Dora. Atticus knows that in order to do what he needs to do, then he will die. Dora comforts him, telling him that it’s okay for him to die to serve his purpose. She tells him not to be scared. 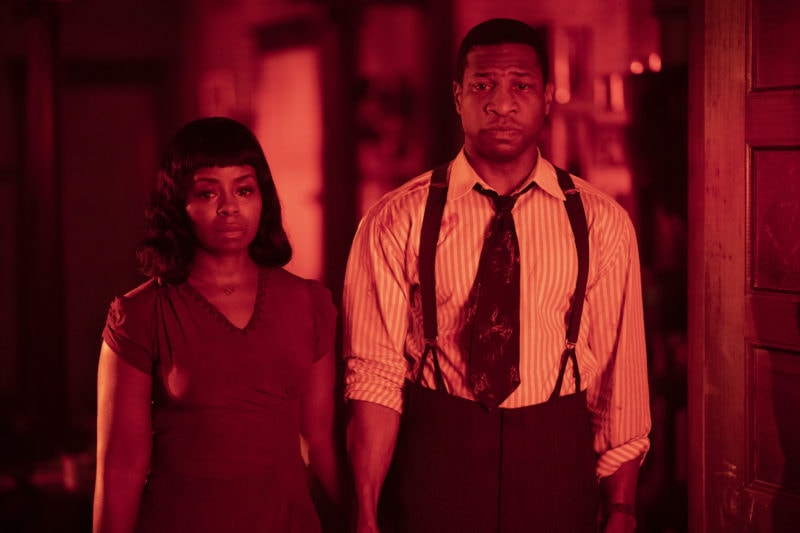 In the “ancestral space”, Atticus, Lettie, Dora and his grandmother perform the spell on Diana. When it’s done, Atticus and Lettie reawaken and the curse seems to have been removed, but Diana’s arm is still damaged from its effects.

Afterwards, Atticus and Montrose discuss whether or not to go along with the plan for Atticus to participate in Christina’s ceremony (Christina has a plan on the Autumnal Equinox to become immortal, and it requires Atticus’s blood). Atticus says that it’s necessary for him to participate in order to use Christina’s power against her. They need a physical connection between himself, Titus and Christina in order to bind her powers. But Montrose knows from the book that Atticus’s son later writes that Atticus dies in that ceremony. Atticus argues that what’s written in the book only represents one possible future, so that may not necessarily happen.

Atticus and Lettie enter the elevator in her home, which is linked to the caves under the Boston Museum of Natural History. They chant an incantation to summon Titus Braithwhite (and Hanna, Dora and his great-grandmother) within a circle that they’ve demarked on the floor. However, Titus manages to escape and find Christina.

Atticus and Lettie use an incantation call him back (but now Christina is alerted that something is going on). With Titus summoned back into the circle, Atticus stabs Titus and rips out a part of his chest. Atticus then releases the spirits so they disappear.

After having seen Titus, Christina knows that they have the Book of Names. Christina barges into the Guide’s offices in order to confront Atticus, Lettie, Hippolyta and Montrose. She suggests that they show her the book so she can find a way to achieve her goals without Atticus’s death, but they decline. When Christina leaves, Lettie realizes that Christina has removed her power of invulnerability on the way out.

Elsewhere, Ji-Ah (the succubus/komiho) is dining in a restaurant. Atticus meets with her. Ji-Ah explains that she eventually made up with her mother and that her mother came to love her as a daughter. However, her mother has now passed away, and she feels something is missing. Atticus explains to her that it’s the feeling of grieving, which is normal.

Atticus says that he and Ji-Ah are “family” because they are connected. Ji-Ah tells Atticus about the shaman’s prophesy that she will enter the darkness. Atticus disagrees, saying that she was the one that taught him that he has a choice, and that everyone can choose what their fate will be.

In a cemetery, Lettie and Ruby meet up at their mother’s grave. Lettie says that Ruby was right about them needing to learn magic. Lettie asks Ruby for help in defeating Christina, since Ruby has been in a relationship with Christina. Lettie wants Ruby to procure a piece of Christina’s body for the spell, but Ruby says that Lettie only want to be “family” with her when she needs something. 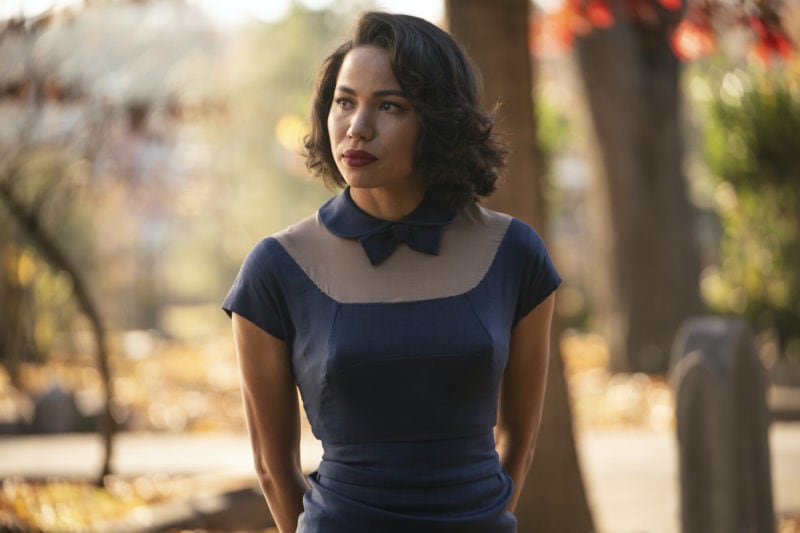 At home, Diana is upset with Hippolyta for having left her to go her adventures. Diana also feels dejected because of her arm. She is worried that she’ll never be able to draw again because of the damage to her arm. . However, Hippolyta reassures her that she knows what to do to make sure that she can use her arm again. 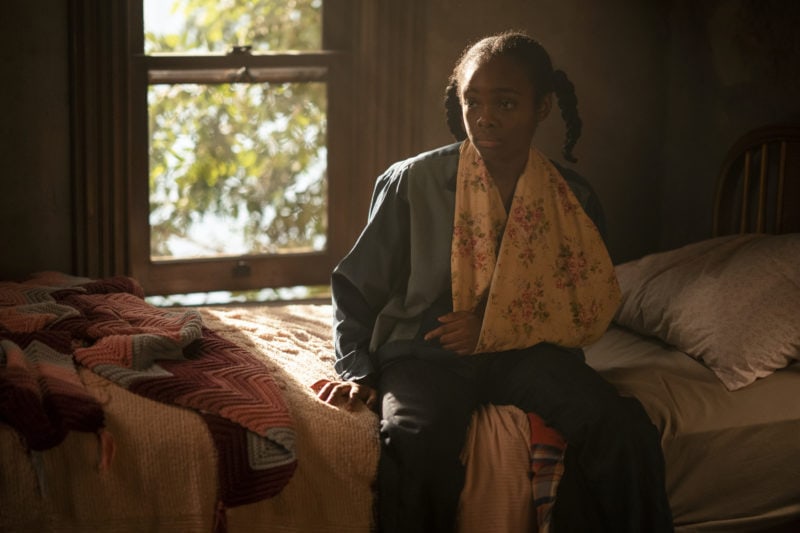 At Christina’s place, Ruby talks to Christina about the magic and how it works. Christina worries that her spell won’t work and that she’ll kill the last of her family (Atticus) for no reason. Ruby reassures her that it will work, and then they kiss. However, afterwards, Ruby goes back to Lettie with a vial containing Christina’s blood (which Lettie needs to counteract Christina’s power). 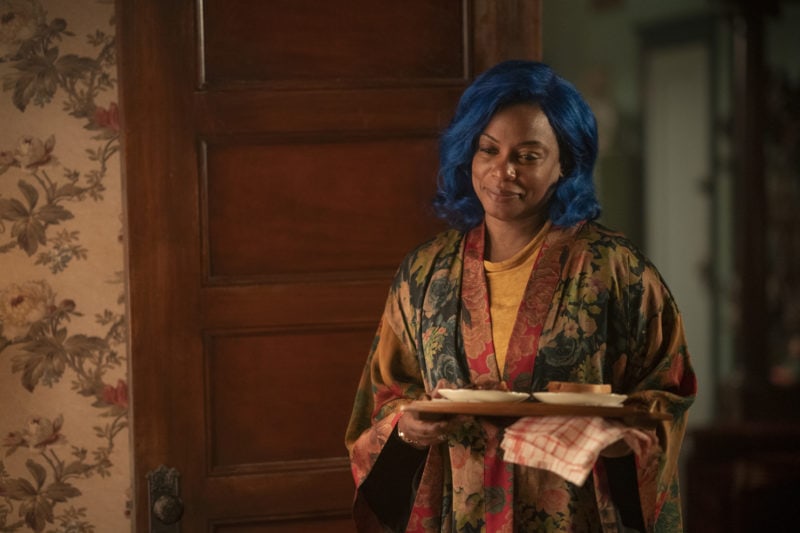 With that the pieces are in place and the Autumnal Equinox is approaching, so everyone heads toward on Ardham, where Christina will be conducting her ceremony. Atticus has the piece of Titus’s body and Christina’s blood with him. He eats a piece of the meat and drinks the blood. (This is the physical connection between himself, Titus and Christina that is required for the binding spell).

The group then splits up to begin preparations. However, as Ruby and Letitia are in place, Lettie realizes based on their conversation that Ruby is not Ruby at all. Instead, she’s with Christina (who looks like Ruby due to magic). Christina admits that she caught Ruby trying to steal the potion for her. (So, basically we initially thought that Ruby was on Christina’s side. Ruby ended up double-crossing Christina to try to steal the potion to help Lettie and the gang, but Christina caught her. She killed Ruby and transformed into her, and then she gave Lettie a fake potion. So, the potion that Atticus drank is fake and will not work.)

Christina admits that she has killed Ruby. Lettie and Christina get into a fight that results in Lettie falling from a tall tower to what appears to be her death. 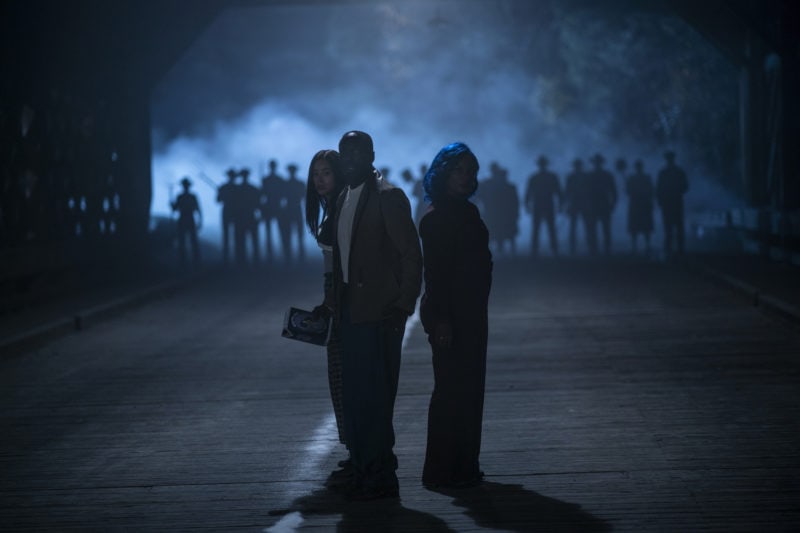 Meanwhile, Ji-Ah, Hippolyta and Montrose are situated on a bridge and realize that they are surrounded by Ardham residents who begin attacking them. There is a big fight as they try to fight the villagers off.

In the car, Diana is reading a fantasy novel with a flashlight in her hand. She hears a noise. A monster attack the car the Diana is in, but then another monster shows up to fight it off.

Later, Christina has now reverted back into herself. Atticus is strapped onto some sort of table/altar. The villages have captured Ji-Ah, Hippolyta and Montrose. (Lettie is dead, and Diana is in the car.) As the moon rises in the sky, Christina announces that “it is time.”

Christina takes a knife and cuts Atticus. She begins to drink his blood. Elsewhere, Lettie awakes, noting that her invulnerability was not removed after all. She runs into the area where Christina is performing her ceremony. She tells Atticus that she loves him as he dies. She then stabs Christina, reciting an incantation. However, Christina immediately heals because her immortality spell has worked. 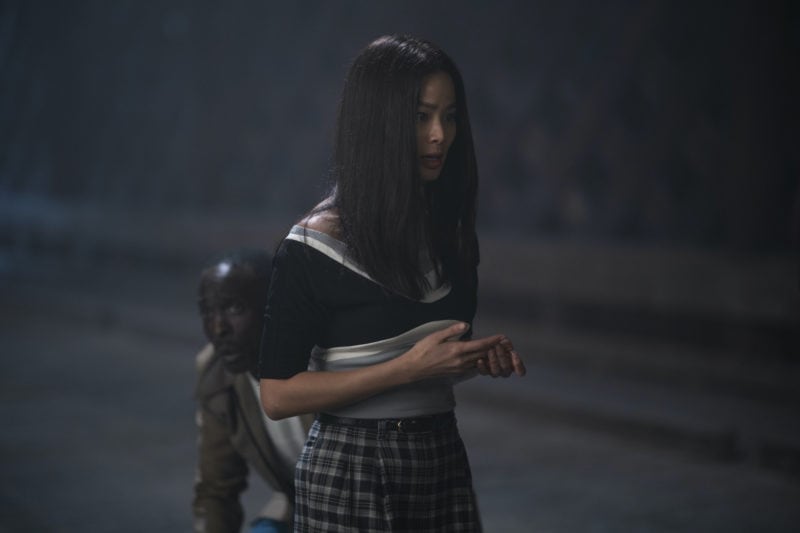 However, Ji-Ah realizes that her role is to enter the darkness in order to channel the energy into forming a connection bewteen Atticus and Christina. Ji-Ah steps into a cloud of darkness and uses her powers to bind Atticus and Christina together (which was the missing component of Atticus’s binding spell — the part that was undone by Christina’s deception).

When Christina is awoken, she has been bound from using magic, along with all white people in general. The group leaves her under a pile of rocks. Diana shows up, walking with a monster next to her. She finds Christina, and Christina asks her for help. Diana reveals her mechanical hand (that Hippolyta has constructed for her).

The last shot of the show is Diana killing Christina as the monster with her growls. 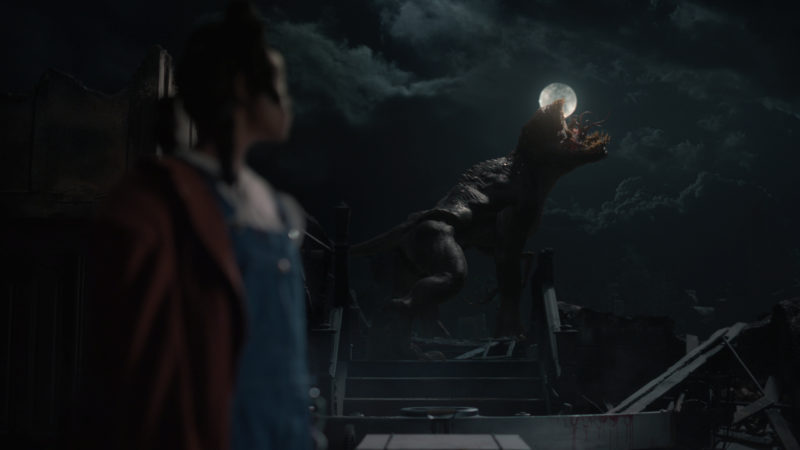