One of Us Is Lying

Book review and synopsis for One of Us Is Lying by Karen McManus, a murder mystery with a breakfast club twist.

In One of Us Is Lying, five high school students got sent into detention, and four of them come out alive.

Simon is the creator of the school's gossip app, which he populates with everyone's secrets as well. When he dies, there's no shortage of people who could have held a grudge against him, but only four of them were in the room with him when it happened.

The remaining four students -- Bronwyn the "Brain", Cooper the "Jock, Abby the "Princess", and Nate the "Rebel" -- will have to piece together what happened and, of course, which one of them is lying.

In Part One, Simon Kelleher, a high school student and loner at Bayview High, dies under suspicious circumstances from allergic reaction in detention. Simon writes a gossip blog, and it's discovered that he was about to post incriminating information about four students in the room (Bronwyn Rojas, Nate Macauley, Cooper Clay and Addy Prentiss). They're also the four other students who were in detention, and they quickly become the prime suspects in Simon's death (known as the Bayview Four).

In Part Two, Simon's unpublished post goes up on an anonymous Tumblr account, revealing its trove of secrets. (Addy cheated on her boyfriend Jake with his best friend, TJ Forester. Cooper, a baseball player, used drugs to improve his fastball. Nate is dealing drugs/painkillers. Bronwyn cheated by stealing tests to get an A in chemistry.) Bronwyn's sister Maeve hacks Simon's blog and starts to research him to get clues.

In Part Three, the four team up to compare notes and sense something is off with a student named Janae, who had been Simon's only friend. They also note that Simon resented them all for various reasons. Soon, however, Nate (the school bad boy) gets arrested for Simon's death since there's indications he runs the anonymous Tumblr account. Finally, Addy confronts Janae, who breaks down and admits the truth that Simon killed himself. He convinced Janae and another guy, Jake (who had once been Simon's childhood friend and Addy's boyfriend who she had cheated on), to help him frame the other four students. Simon was planning on having Janae release a manifesto about it in a year. After a scuffle, Jake and Janae are arrested, though Janae gets a plea bargain.

In the Epilogue (three months later), the four have become good friends despite all being very different types of people. Bronwyn (good girl) and Nate (bad boy) begin dating.

One of Us Is Lying is basically The Breakfast Club, if during that detention, someone got murdered and everyone became a suspect. It’s a YA mystery-thriller, and while I’m not typically a YA reader, I really like mystery and crime novels. Plus, the concept of Breakfast Club + Murder was just too catchy to pass up.

In case you’re not familiar with The Breakfast Club, it’s a John Hughes movie about five high school students who get sent to detention. They each come from a different clique at school — there’s the rebel, the princess, the outcast, the brain, and the jock — but they all manage to see through their differences during their time together.

The resemblance of the premise to this popular 80’s flick is not a coincidence. McManus states that when she got the idea for the book, she “started thinking it would be fun to write an update of that movie, which I loved, but with some sort of a twist. And the phrase ‘The Breakfast Club with murder’ popped into my head, and it just stuck there.” 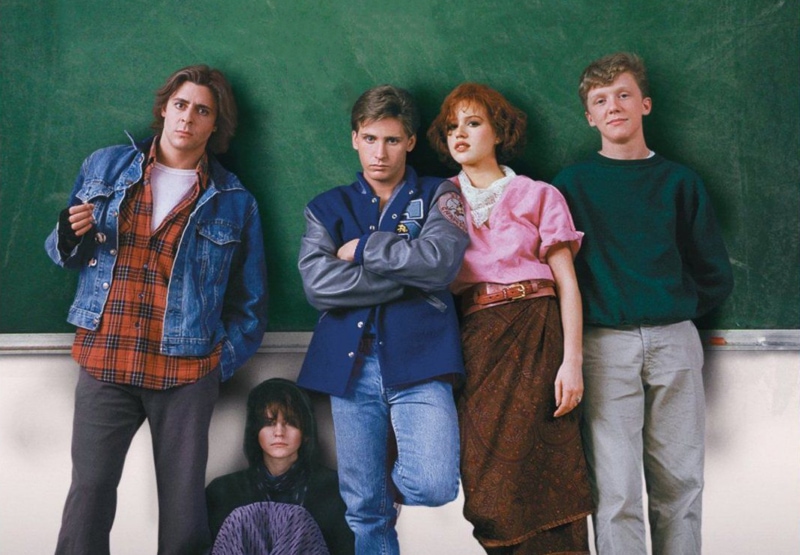 I really enjoyed One of Us Is Lying. The mystery aspect of it was probably the most important for me, and I was pleasantly surprised by it. It comes together nicely and makes sense. You might be able to guess it before the reveal, but it’s still fun when the novel explains how all the other little details come together as well.

As dictated by the premise, the characters, of course, have a somewhat stereotypical aspect to their personalities. However, McManus does a good job of poking and prodding their stereotypical molds into fuller characters than that. They’ve each got their own set of concerns and have discrete character arcs as the story progresses.

The book moves pretty quickly and is a easy read overall. The Breakfast Club-esque aspect of it gives the book a lot of levity and a more positive and hopeful tone than your average mystery-thriller, which I thought was a nice change of pace. I also think the book does a really good job of blending the character arcs with the mystery itself. I was worried that it would fit unnaturally, like two books in one, but instead it comes together and feels like a complete story.

I don’t think this book will blow anyone away. The mystery is solid, but not, like, earth-shattering. The message from the rest of the book is fairly predictable, reminding us to be kind to others, to be empathetic and tolerant, etc. But I liked it enough that I’ll most likely read the sequel, One of Us Is Next, when it comes out in January 2020.

One of Us is Lying Movie / TV Series

There’s an film adaptation of One of Us is Lying in the works! It’s planned as a TV series to be aired on Peacock, NBC’s upcoming streaming service (to be a competitor to Hulu, Netflix, etc.).

For all the details, see Everything We Know About the One of Us Is Lying NBC Series.

I think this has the potential to be pretty good. There’s a mystery underpinning it, but lots of character arcs to explore as well, so I could see this being something like a teen version of Big Little Lies.

I would recommend this book to people who enjoy mysteries novels, even if you don’t typically read YA. The mystery in this book is not scary nor full of dramatic twists and turns, but it’s a puzzle that comes together piece by piece in a way that’s coherent and satisfying. There’s largely no major lose threads, and everything fits nicely.

The topics that the book explores definitely have a YA slant, but since this book is marketed as YA, that’s to be expected. It’s things like worrying about where you’ll end up at college, fitting in, coming out, etc. It’s not stuff I’m particularly interested in, but I didn’t mind it either. The Breakfast Club-esque aspects of it were sort of charming and endearing for me.

Overall, I got a kick out of reading this book, and thought the mystery wrapped up nicely.

One of Us Is Lying, Explained!

I don’t have a ton of spoiler-ish thoughts. The only thing that I wish the book had addressed was how exactly Simon got all that information, especially if he’s such an outcast. I can’t imagine if everyone dislikes him that people would keep feeding him information for no reason. I would say that’s the one big thread that didn’t get wrapped up neatly.

Who killed Simon? Who’s the killer in One of Us Is Lying?

Simon is the one who killed Simon. He was depressed and resentful for wanting to be accepted, but was unable to do so. Plus, he’d been sucked into the toxic world of 4chan and sad guys cheering on school shootings, but he wanted to do something more “creative”. As a result, he planned his own suicide around taking out (e.g. framing) people who he had a grudge against.

Where can I find a summary of the full plot of One of Us Is Lying?

Right here! See the full section-by-section summary and synopsis for One of Us Is Lying by Karen McManus.

Read the first pages of One of Us Is Lying

Book Review: One of Us is Next by Karen McManus
Book Review Books Fiction Mystery spoilers Summary Young Adult 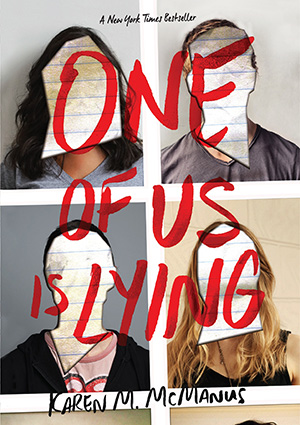 Read an Excerpt
See it on Amazon Book Depository