Book review and synopsis for The Four Winds by Kristin Hannah, a tale of one woman's courage during the Great Depression.

(The one-paragraph version: During the Dust Bowl in the Texas Panhandle, Elsa Wolcott is a woman who dreams of going to college, but gets pregnant instead and has two kids. She becomes a farmer with her husband's family, though he leaves them, and they struggle with the unending drought. When she's finally able to leave with her kids, they become migrant workers in California -- which she quickly realizes is an exploitative system. Elsa falls in love with a union organizer and helps to organize a strike against their bosses, but gets shot by the farm boss. She dies giving a voice to the workers. Her daughter, Loreda, returns home to Texas. At 18, Loreda prepares to return to California to go to college.)

The audiobook runs 15 hours. Overall, I liked it. I think the narrator does a good job with it, and it’s easy to listen to.

The accent she does for the dialogue parts is more southern than Texan (where the characters are from), and it slips in and out at times, but I can’t imagine that most people will notice or care.

Edit: Someone in the comments mentioned that it’s mentioned at some point that people in that area pronounced drought as DROW-TH at that time — in that case, I love that the narrator included it in the audiobook! 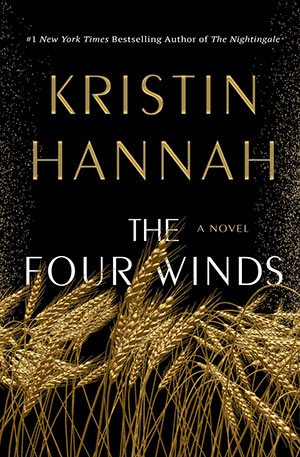