With Lovecraft Country by Matt Ruff soon to become an HBO series (August 2020, see the trailer below!), I knew it was now or never for reading this book that has been sitting on my shelf for quite some time.

Lovecraft Country tells a series of interconnected science fiction stories set in 1950’s America. It opens with Atticus, a black man, driving into an area where Lovecraftian monsters are rumored to have been spotted, in search of his missing father.

The novel teems with supernatural dangers and other-worldly creatures, but it’s set among a group of characters that also have to contend with the very realistic dangers and difficulties of being black in Jim Crow America. It’s a collection of short stories (though there is a main plot line that connects them all), that delves into a wide range of science fiction and a bit of fantasy, ranging from Lovecraftian monsters to space travel and ghostly spirits.

Very briefly, the stories (no spoilers) are as follows:

Lovecraft Country is about a visit to a manor where dangers (of all kinds) await.
The Dreams of the Which House is about trying to turn a (possibly haunted) mansion into a multi-unit apartment building.
Abdullah’s Book is about a task to track down an ancient tome.
Hippolyta Disturbs the Universe is about the discovery of a portal to another planet.
Jekyll in Hyde Park is about a black woman who wakes up white.
The Narrow House involves an encounter with ghosts.
Horace and the Devil Doll is about a sentient, murderous doll.
And finally, The Mark of Cain involves a final encounter between the many characters in book.

For some campy sci-fi fun, see Lovecraft Country on Amazon.

Lovecraft Country is a fun, pulpy homage to science fiction and Lovecraftian horror rather than true science fiction. It zips around from setting to setting — Outer space? Haunted house? A search for an arcane artifact? Check, check and check — which is entertaining in and of itself. The main story line sometimes gets lost in the shuffle, but the individual stories are self-contained and colorful enough to stand on their own.

In terms of tone, it borrows stylistically from pulp noir, with its campy heroes-and-villains and over-the-top plot points. But it also blends in the realism of solid historical research to depict 1950’s America. It sounds like it would be an odd combination, but it works surprisingly well.

Of course, the issue of race plays a prominent role in Lovecraft Country. The first story indirectly addresses the “why” head on. Science fiction is a historically white genre. The heroes (and certainly the main protagonists) are almost uniformly white, and many of its authors were blatant racists. When the first story warns us that we’re entering into Lovecraft Country (who was very much a white supremacist), it’s about the science fiction, but it’s also a hint at the glaring racism that the characters are going to face. Authors like H.P. Lovecraft are why this book exists.

Lovecraft Country gives us a whole slew of black protagonists, and adds an element of realism in showing how race plays into their experiences, sometimes overshadowing the monsters lurking in the background.

The stories are largely good. Some parts are a bit meandering plot-wise, but overall I enjoyed the book.

A common critique of the portrayal of racism in Lovecraft Country is that it’s overly simplistic. There are a lot of racists in Lovecraft Country, and they’re all terrible. Honestly, I don’t see the problem. I know people love this prestige-drama schtick where they paint bigots and other bad guys as these multi-faceted characters, but this is not their story.

From the perspective of people dealing with racism, most racists are just flat-out jerks. Also, this is a campy, genre-type novel with heroes and villains, so it’s just not that type of narrative.

I think the main takeaway should be that it’s abhorrent that so much of the stuff portrayed in the book (housing discrimination, police violence, presumption of guilt for black people, etc.) still goes on today. If you’re more upset instead that the racists depicted in this book aren’t sufficiently muti-faceted, then you should skip this book. 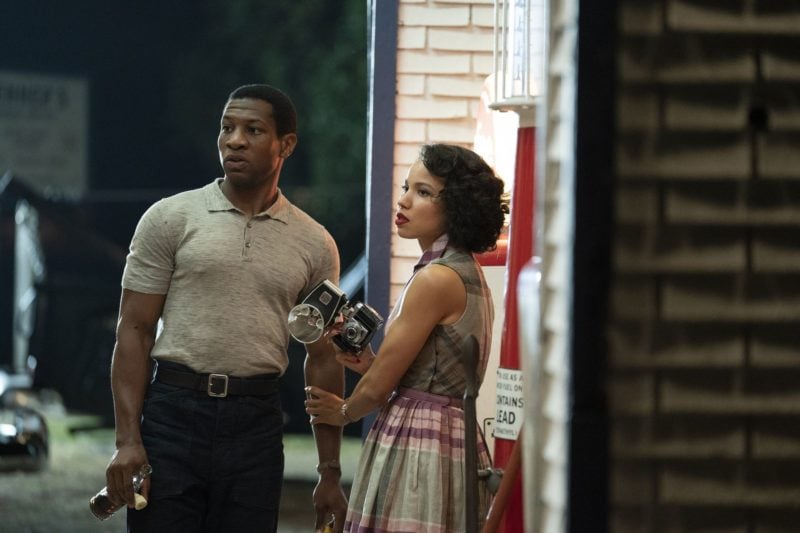 From the Lovecraft Country HBO Series

There’s an HBO adaptation of Lovecraft Country, created an directed by Jordan Peele (Us, Get Out), airing in August 2020 on HBO. This book was on my radar before, but with the show coming out, I wanted to read it first.

The trailer is out now and from the looks of it, it really brings the scenes to life beautifully so I am really excited for it.

Lovecraft Country is a creative spin on science fiction tales and Lovecraftian horror, though it does read more like an homage than true science fiction. It’s a collection of campy, varied, colorful tales that span a whole range of sci-fi with a touch of fantasy, which makes for a fun ride. There are clear heroes and villains, plenty of other-worldly monsters, diabolical plots, hidden passageways and arcane tomes. Plus there’s some space travel thrown in for good measure!

I think this is probably more appropriate for science fiction fans, though I am not a huge sci-fi reader, and I still liked it. It’ll help, too, if you like short story collections in general. Even though there is a main plot line that connects all these stories, a lot of them read like one-off stories. And it doesn’t really have that epic scope or intricate world-building that a lot of sci-fi fans tend to want.

If you’re on the fence, consider watching the trailer for the show to see if it might be for you! I recognize a lot of the scenes from the book, so I’m guessing the adaptation sticks somewhat closely to the source material.

What do you think? Is this something you’d be interested in? See Lovecraft Country on Amazon.

Show/Hide Detailed Summary (Spoilers)
Below are the quick summaries of each chapter. See here for the Detailed Chapter-by-Chapter Summary of Lovecraft Country by Matt Ruff. 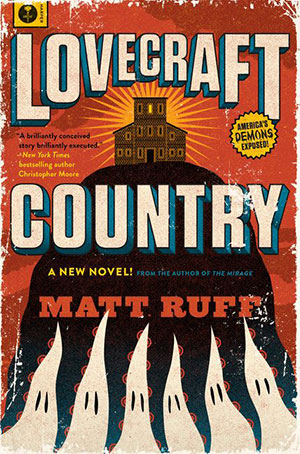 From the Publisher
Chicago, 1954. When his father Montrose goes missing, 22-year-old Army veteran Atticus Turner embarks on a road trip to New England to find him, accompanied by his Uncle George—publisher of The Safe Negro Travel Guide—and his childhood friend Letitia. On their journey to the manor of Mr. Braithwhite—heir to the estate that owned one of Atticus’s ancestors—they encounter both mundane terrors of white America and malevolent spirits that seem straight out of the weird tales George devours.
Read an Excerpt
See it on Amazon
Top Books
this month
Top Posts
this month
read more
Latest from the blog
Best Historical Fiction of 2020 (So Far)