Book review and synopsis for The Dutch House by Ann Patchett, a family drama about two siblings making sense of their childhood.

Maeve and Danny's mother abandoned their family when they were young, so they are raised by their father and the household help instead. One day, their father brings home a woman, Andrea Smith, who he later marries. Their father is more interested in his real estate holdings than in them, and Maeve and Danny's relationship with Andrea is fractious and later overtly hostile.

The Dutch House follows Maeve and Danny lives over many, many years as they revisit and struggle to make sense of their childhood.

In Part I, Danny and Maeve are raised by their father Cyril. Their mother Elna left when they were younger. They grow up in a grand house, known as the Dutch House. One day, Cyril brings home Andrea, a young, pretty woman with two young girls, Norma and Bright. Cyril and Andrea are indifferent parents. Instead, Maeve helps to take care of the girls and Danny. The household help, Sandy (housekeeper) and Jocelyn (cook), help to raise them as well. Maeve has an adversarial relationship with Andrea. Cyril is also more interested in nurturing Danny than Maeve, since Danny is male and will take over his real estate business someday. Cyril and Andrea marry.

When Cyril dies from a heart attack, Andrea bans both Maeve and Danny from the house, which is now hers along with Cyril's entire business. The only thing Cyril provided for is an educational trust for Danny, but not Maeve. This disrupts Maeve's plans for grad school. Instead, Maeve pushes Danny to pursue an expensive education (medical school), in order to drain the trust and prevent money from reverting to Andrea.

In Part II, Danny is in college now. Maeve still works as a bookkeeper at a grocery store in a nearby town. Danny and Maeve occasionally park outside the Dutch House and spy on Andrea voyeuristically. In college, Danny discovers his genuine interest in real estate and wants to follow in Cyril's footsteps, but lacks the capital to pursue it. Instead, he goes to medical school. When he starts making money as a medical intern, he's able to make his first real estate investments and pursue that instead.

Maeve runs into Fluffy, their former nanny, one day. Fluffy tells Danny that their mother Elna is alive and in town. Fluffy didn't tell Maeve in fear of upsetting her. Fluffy explains how Elna had hated the Dutch House and never felt at ease there. Elna had started disappearing for periods of time, and Cyril finally told Elna not to come back because of how upset Maeve was each time she disappeared.

Danny marries his girlfriend Celeste, and they have two children, May and Kevin. Danny is now quite wealthy. Fluffy becomes their nanny, and Sandy and Jocelyn are a part of their lives, too. Maeve and Danny still stake out the Dutch House, but mostly out of nostalgia. One night after almost being seen by Andrea, they agree it's time to stop visiting.

In Part III, Maeve gets very sick (she has diabetes), so Fluffy reaches out to Elna, who shows up at the hospital. Maeve is delighted, but Danny is resentful. Elna moves in with Maeve. Elna tells them how she had wanted to be a nun before she married Cyril, and that she'd been at the convent the times she disappeared.

One day, Elna suggests visiting Andrea. They (reluctantly) go and discover that Andrea now has a degenerative mental condition and doesn't recognize them. Norma has recently moved back to the Dutch House to take care of Andrea, and Bright is estranged from Andrea. Maeve reclaims a painting of herself that's still there. Elna decides to help take care of Andrea (partially as a penance for abandoning her family). Maeve passes away, and Danny eventually lets go of his resentment against Elna. May and Kevin spend more time at the house, and May falls in love with it.

When Andrea passes away, May asks Norma not to sell it yet. When May becomes rich and famous actress, she buys the house.

The Dutch House by Ann Patchett, her most recent novel, was released on September 24.

I’ve read a few books from Patchett in the past and really enjoy her writing. I thought Bel Canto was a lovely book, and State of Wonder was just okay, but still well written. Plus, The Dutch House’s fairytale-esque elements appealed to me along with it’s beautiful cover, so naturally it was high priority on my list of books to read.

I was out of town for a while and have been otherwise wrapped up in some other stuff, so this review took a little longer to get up than I’d intended, but here it is!

The Dutch House is one of those books that reminds my why I love reading so much. Flipping through its pages, I feel myself drawn into the understated and engrossing story of Danny and Maeve Conroy. On the most basic level, The Dutch House is a book about two people piecing together the fragments of their youth.

As much as I enjoy flashier mystery or fantasy or adventurous stories, there is a special place in my heart I reserve for subtle stories that are elegantly told. I find Ann Patchett’s writing very pleasurable to read. It’s neither too sparse or too flowery, instead it’s crisp, clear and confident in an unassuming way.

Maeve and Danny’s childhood has a fairytale-eque quality, as if Cinderella and Hansel & Gretel were mixed together. They grow up in a wealthy household but lose everything, their mother is presumed to be dead, Andrea plays the role of the evil stepmother, and their stepsisters Nora and Bright are brought in and given preferential treatment. Like Hansel & Gretel, Maeve and Danny are forced to lean on each other and, as adults, are trying to pick up the pieces of their childhood and find a way back home.

But The Dutch House is no fairy tale and instead the book provides a sober reflection on how the stories we tell ourselves are shaped and whether the roles we cast people in should be considered or reconsidered later, with more maturity and perhaps more empathy.

That said, there were parts of the Dutch House didn’t entirely resonate with me. The conclusion of the novel felt a little too quaint or simplistic and a bit devoid of realism. And I found the character of their mother a little improbable as well, since her motivations and personality just didn’t make sense to me. Still, I realize this is a very subjective opinion, so people (or book clubs!) will likely have differing views on this, and it’s no reason not to read the book. 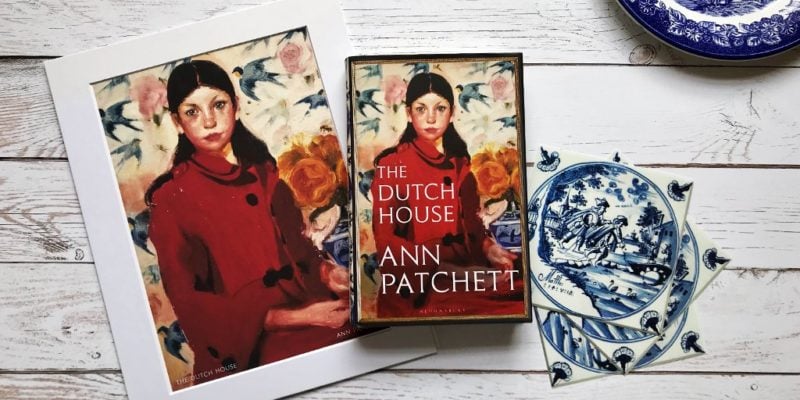 The Dutch House is a lovely and interesting story. People who enjoy family dramas or have liked Patchett’s work in the past should definitely consider this title.

It didn’t quite bring the story to a satisfying conclusion for me, but it’s such a well-written and engrossing family drama that I enjoyed it very much anyway. And I’m sure many people will like the ending just fine. Even if you feel like I did, I think you’ll probably still find something of value in this story anyway.

This would also be a fantastic book for book clubs to debate over the ending and discuss whether it makes them think about the roles they’ve cast the people in their lives into. It certainly made me think about my own childhood and the stories I’ve formed around it.

Of course, this is an understated and somewhat interior novel, so if that’s not something that interests you, then maybe try something else. Also, note that while their childhood borrows from fairytale-esque elements, this is not a fairytale-type book and doesn’t read like one. So if that’s what you’re interested in, you might want to skip this.

What do you think? Did you read this or would you consider reading it? Share your thoughts below! See The Dutch House on Amazon.

Read the first pages of The Dutch House 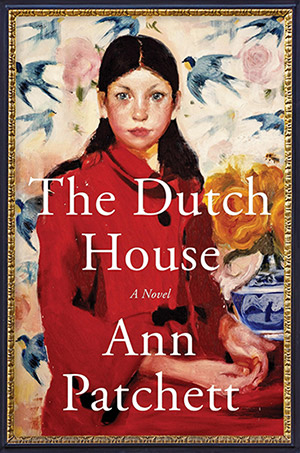 From the Publisher
At the end of the Second World War, Cyril Conroy combines luck and a single canny investment to begin an enormous real estate empire, propelling his family from poverty to enormous wealth. His first order of business is to buy the Dutch House, a lavish estate in the suburbs outside of Philadelphia. Meant as a surprise for his wife, the house sets in motion the undoing of everyone he loves. The story is told by Cyril’s son Danny, as he and his older sister, the brilliantly acerbic and self-assured Maeve, are exiled from the house where they grew up by their stepmother. The two wealthy siblings are thrown back into the poverty their parents had escaped from and find that all they have to count on is one another. It is this unshakeable bond between them that both saves their lives and thwarts their futures. Set over the course of five decades, The Dutch House is a dark fairy tale about two smart people who cannot overcome their past. Despite every outward sign of success, Danny and Maeve are only truly comfortable when they’re together. Throughout their lives they return to the well-worn story of what they’ve lost with humor and rage. But when at last they’re forced to confront the people who left them behind, the relationship between an indulged brother and his ever-protective sister is finally tested.
Show More
Read an Excerpt
See it on Amazon Book Depository