By Ann Patchett, A Journey into the Heart of the Amazon

State of Wonder by Ann Patchett (Bel Canto, The Magician’s Assistant) tells the story of a doctor, Mariana, who is sent to Brazil, at the behest of the pharmaceutical company she works for, to locate an elusive scientist who was once her teacher, a Dr. Annika Swenson. Dr. Swenson has, for many years, been given a blank check to research and develop a new, groundbreaking drug involving female fertility. The key to her research is hidden in the secrets of the Lakashi tribe with whom she has been living among in this time. When the company receives news that another doctor sent to locate and monitor Dr. Swenson has died in the jungle, Mariana is sent in to check up the progress of the research the company has invested liberally and heavily in.

The story is in some ways reminiscent of Joseph Conrad’s Heart of Darkness. Whereas Conrad’s Marlow is sent into the Congo to check up on the egomaniacal Kurtz, Patchett’s Mariana is sent into the jungles of the Amazon after the renown Dr. Swenson. There, she discovers a world of anacondas, tribal villages, shamans and lots and lots of wilderness. And like Marlow, pursuing her goal means facing up to uncomfortable truths.

As Mariana ventures forward, closer to her goal but also deeper into the jungle, she finds her past crashing upon her present. The anti-malarial pills she takes leave her screaming at night with nightmares of her father who left her family to move back to India; and locating her former medical school instructor dredges up and forces her to confront an old memory from a medical specialty she once abandoned.

I enjoyed Patchett’s Bel Canto and was expecting similar from this novel. Whereas Bel Canto was sweet but maybe a little divorced from reality, State of Wonder replaces that sweetness with a certain amount of grittiness and something a little more grounded. However, Bel Canto also had a charm to it that State of Wonder seems to be missing.

I thought it was interesting in parts, but it only seems to skim the surface of being substantive. Whereas Conrad’s Heart of Darkness, dives deep and hard into the ugly core of its story, Patchett’s novel kicks up some dirt and concludes. Ultimately, I finished the book without being particularly moved, though, like I said, I did enjoy some parts of it. With the exception of a few sections, I didn’t find it too difficult to stay interested. There is a fair amount of discussion of medical ethics in there, which some may find interesting.

I think for lovers of literary fiction, you might try giving it a shot anyway and perhaps something in it will speak to you moreso than it did me. It’s certainly not a bad book. Also, anyone interested in medical ethics might like it, though I didn’t think it said anything too earth-shattering, but I guess it depends on where you’re coming from prior to having read it. It’s one of those books I feel pretty sure won’t stick with me, but it wasn’t time wasted either. I’d probably recommend to give it a pass, unless you’re curious, in which case, what the hell, give it a shot. 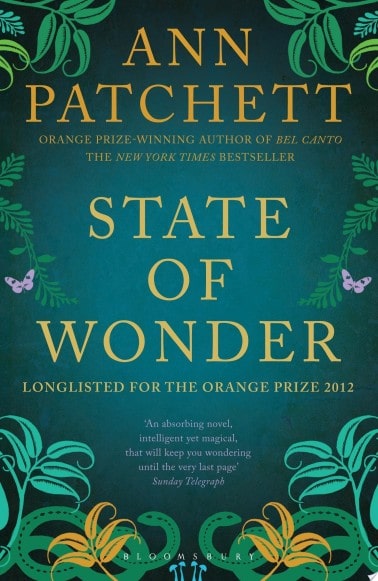 From the Publisher
In a narrative replete with poison arrows, devouring snakes, scientific miracles, and spiritual transformations, State of Wonder presents a world of stunning surprise and danger, rich in emotional resonance and moral complexity. As Dr. Marina Singh embarks upon an uncertain odyssey into the insect-infested Amazon, she will be forced to surrender herself to the lush but forbidding world that awaits within the jungle. Charged with finding her former mentor Dr. Annick Swenson, a researcher who has disappeared while working on a valuable new drug, she will have to confront her own memories of tragedy and sacrifice as she journeys into the unforgiving heart of darkness. Stirring and luminous, State of Wonder is a world unto itself, where unlikely beauty stands beside unimaginable loss beneath the rain forest’s jeweled canopy.
Show More
See it on
New Reviews
recent releases
New Posts
recently posted
Discussion and Replies