By Marie Benedict and Victoria Murray

Book review and synopsis for The Personal Librarian by Marie Benedict and Victoria Murray, a historical fiction novel about the black woman who became J. P. Morgan's personal librarian.

The Personal Librarian tells the story of Belle da Costa Greene, who is hired by J. P. Morgan to serve as the curator and librarian of his newly-constructed library, the Pierpont Morgan Library. As she acquires valuable works and becomes a society darling, she worries about keeping her secret -- that she's a black woman passing as white.

In this story about a truly unique woman, Marie Benedict and Victoria Christopher Murray have offers a narrative about a woman finding her place in a world where she must hide her true identity.

The one-paragraph version: Belle de Costa Greene is a light-skinned black woman who is passing as white. She gets a job as J. P. Morgan's personal librarian for his newly constructed Pierpont Morgan Library in 1906. Over many years, she works to acquire and curate J. P. Morgan's collection of rare and ancient works and art, and she eventually becomes indispensable to him, even required to attend family events. They have a mutual attraction, but she decides against pursuing it. When Mr. Morgan passes away in 1913, he provides for Belle in his will, and she stays on as librarian. The book ends with Belle successfully convincing Jack (J. P. Morgan's son) to make the library public in the early 1920's.

Belle de Costa Greene is a light-skinned black woman who is passing as white. Her birth name is Belle Marion Greener. She is the daughter of Genevieve Fleet, woman from a prominent black family, and Richard Greener, a civil rights activist. Belle's parents separated because of Genevieve's decision to have their family pass as white. Belle is working at as a librarian at Princeton University when the cousin of infamous banker J. P. Morgan refers her for a job as J. P. Morgan's personal librarian for his newly-constructed Pierpont Morgan Library.

Belle starts the job in 1906, moving back to New York to live with her mother and siblings, all of whom are also passing as white. Over time, Belle gains the trust of Mr. Morgan and greater responsibilities. As she makes major acquisitions, it raises Belle's profile when she is featured in newspaper articles as a woman succeeding in an entirely male industry and building up an impressive collection of works. Belle is flirtatious and ostentatious, which makes her a society darling. The job also improves the financial security of her family as Belle is given multiple raises.

However, Mr. Morgan's daughter Anne Morgan continues to be wary of Belle. On multiple occasions, she asks Belle about rumors about her heritage (Belle claims to be of Portuguese descent). To fend her off, Belle counters by saying that she has also heard rumors about Anne -- that Anne is in a relationship with two other women, Miss Elsie de Wolfe and Miss Bessie Marbury.

Through her job, Belle meets Bernard Berenson, who wrote a book of art history that Belle's father had gifted her as a child. Though he is older than her, married and lives in Italy, Belle finds herself attracted to Bernard. When she learns that he's in an open marriage, Belle allows herself to pursue a romance with him. Eventually, however, when she's on a work trip to Europe, she becomes pregnant by him. He demands that she get an abortion. When it goes poorly and she is hospitalized for two days, he doesn't go to see her. Belle returns to New York heartbroken.

When Belle's grandmother on her mom's side dies, they finally go back to D.C., where the Fleet family lives, for a visit. For a long time now, they've had to stay away in order to distance themselves from their black ancestry. Later, Belle learns that her mother wasn't always set on passing as white. Belle's father Richard had been hired as a professor at a newly-integrated university when they were younger. They both became involved in activism for equal rights upon seeing the resistance people had to being de-segregated. However, eventually most Reconstruction-era policies were dismantled. The university went back to being whites-only, and Richard and Genevieve left with people spitting and throwing garbage at them. It was that experience that launched Richard's civil rights career, but it also led Genevieve to believe that the only way to survive was to take advantage of their light skin and pass as white.

In present day, since she began working for him, Mr. Morgan's most desired work had been the William Caxton edition of Thomas Malory’s Le Morte Darthur. When Belle finally acquires it in 1911, they both give into their mutual attraction and share a kiss. However, Belle decides that a romantic relationship is not a good idea, given Mr. Morgan's history of cycling through mistresses. Afterwards, it causes her relationship with him to change as he becomes increasingly needy and jealous.

In 1913, Mr. Morgan passes away. He leaves Belle $50,000, which is enough to provide financial security for her family for the rest of their lives. After Mr. Morgan's death, his son Jack takes over the running of the library. Jack recognizes how valuable Belle has been for the library and keeps her on as librarian. Additionally, Anne's paramour Bessie encourages Anne to accept Belle, and Anne makes her peace with Belle.

Belle briefly reconnects with her father, and she tells him about her conflicting feelings about passing as white. But he recognizes that doing so allows her to do meaningful work, and he encourages to stay on her path if it allows her to keep doing it. Belle then starts to think about her legacy and how turning the library from a private collection into a public institution would make her work more meaningful. Meanwhile, Belle has been seeing Bernard again, but ends up realizing how selfish and uncaring he has been towards her and breaks things off with him.

The book ends with Belle successfully convincing Jack to make the library public. Many years later, as she burns all her records (to protect her identity and her life's work by extension), she wonders if people will someday learn that the personal librarian to J. P. Morgan was a black woman.

The Personal Librarian tells the story of Belle de Costa Greene, a black woman who became the personal librarian to the famed banker J. P. Morgan by passing as white. While the book is historical fiction, Belle de Costa Greene was a real person who managed to achieve a status in society that was noteworthy, even if she didn’t have to overcome the limits of race.

Authored by Marie Benedict and Victoria Christopher Murray, The Personal Library draws from a lot of historical events and pulls in many real-life details about Belle’s life. There’s clearly a lot of research that went into this novel, and Belle becoming so successful as a black woman in a white male field is an innately interesting story in and of itself. 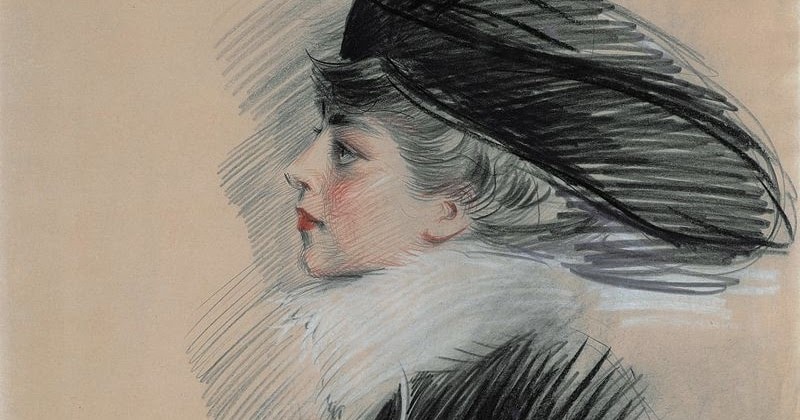 That said, the book as a whole is a little slow-going. The actual story running through it is a bit sparse, likely due to a lack of sufficient detail about Belle’s life, so it gets spread out fairly thin throughout the book. I don’t doubt that Belle was a fascinating woman in person, but in some parts of the book it felt like the writers were struggling to put together enough of a storyline to make it into a book.

I think lovers of historical fiction who don’t mind reading a somewhat leisurely-paced novel will enjoy this book. The book did go by a little slowly for my tastes, but overall it represents such a unique little slice of history that I enjoyed it all the same.

This is definitely one where I’d recommend reading the Historical Notes at the end if you’re going to read it!

See The Personal Librarian on Amazon.

Hear a sample of The Personal Librarian audiobook on Libro.fm.

Read the first pages of The Personal Librarian 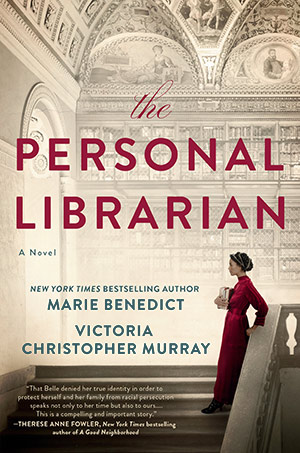 In her twenties, Belle da Costa Greene is hired by J. P. Morgan to curate a collection of rare manuscripts, books, and artwork for his newly built Pierpont Morgan Library. Belle becomes a fixture in New York City society and one of the most powerful people in the art and book world, known for her impeccable taste and shrewd negotiating for critical works as she helps create a world-class collection.

But Belle has a secret, one she must protect at all costs. She was born not Belle da Costa Greene but Belle Marion Greener. She is the daughter of Richard Greener, the first Black graduate of Harvard and a well-known advocate for equality. Belle’s complexion isn’t dark because of her alleged Portuguese heritage that lets her pass as white—her complexion is dark because she is African American.

The Personal Librarian tells the story of an extraordinary woman, famous for her intellect, style, and wit, and shares the lengths she must go to—for the protection of her family and her legacy—to preserve her carefully crafted white identity in the racist world in which she lives.