Olive, Again picks up right where the first book left off, just a few weeks after the last story in Olive Kitteridge. Olive is a former math teacher living in coastal town of Crosby, Maine. When the book begins, she is now in her seventies.

In this novel, Olive continues to evolve as a person, though she retains her personality all the same. Like the previous novel, Strout presents an array of stories relating to Olive (sometimes as a main character, other times only mentioned in passing) that shed light on the intricacies of various human emotions and interpersonal dynamics.

With the same honesty and empathy, Olive, Again follows Olive Kitteridge and the residents of Crosby, Maine in the next phase of their lives.

Olive, Again picks up a few weeks after the last story in Olive Kitteridge, where she starts spending time with Jack Kennison. They don't speak for a while because Olive has turned off her answering machine, but eventually they touch base. Over the course of the book, they marry, and eight years later Jack passes away in his sleep.

Meanwhile, Olive comes to the realization that she was not a very good mother to Christopher. However, Olive and Christopher slowly mend their relationship. Towards the end of the book, Olive has a heart attack, and Christopher diligently goes to see her. He arranges for her care and eventually helps to make arrangements for her in an assisted living home. At the assisted living home, Olive meets a friend, Isabelle, with a similar background as Olive. At the end of the book, Olive reflects on how lucky she's been and the love she's had, even if she does not know why they love her.

The other stories in the book: "Cleaning" is about a young neglected girl's inappropriate sexual awakening when an old man pays her to touch herself. "Helped" revisits the Larkin family (shut-ins whose son stabbed a woman 29 times), where their daughter Suzanne worries about becoming too much like her parents, and she questions her loss of faith as a result of everything that's happened. "Light" is about Olive's friendship with Cindy, a cancer patient, where Olive helps Cindy to manage her frustration with her husband, Tom. Olive explains that Tom is upset and grieving over her illness as well.

"The Walk" is about a old man who saves the life of someone who has overdosed on drugs, which helps the old man to appreciate his own life. "The Exiles" brings in characters from Elizabeth Strout's novel The Burgess Boys, who grew up in the neighboring town of Shirley Falls. "The End of the Civil War Days" is about a feuding couple that comes together after the husband faints and they recognize they are all the other person has left.

Olive, Again by Elizabeth Strout is the follow-up to her 2008 Pulitzer Prize winning novel, Olive Kitteridge. I recently just did a re-read of the first book, check out my thoughts on Olive Kitteridge here.

This follow-up novel revisits a lot of the characters that were first encountered in Olive Kitteridge. So, while these stories all (mostly) stand on their own, it will undoubtedly feel more meaningful if you’ve read the first book. And it actually includes one story that brings in the characters from Strout’s 2013 novel, The Burgess Boys. But of course, we are also introduced to plenty of new characters that we haven’t encountered before as well.

While Olive Kitteridge focused more on the nuances of depression, anxiety, happiness and joy, in her follow-up novel, Strout ventures out into somewhat more varied territory, with stories involving those same topics, but also faith, class divisions, an adolescent’s troubling sexual awakening, and the intricacies of family relationships. Olive, Again also goes quite a bit darker at times than Olive Kitteridge, but is also more hopeful as well.

I would say that the results are varied. I think the strongest stories in the collection often deal with characters facing their own mortality. “Light”, for example, is a story about a cancer patient, which is both tender and insightful. I loved that the woman was angry about the prospect of possibly dying, an emotion that often gets papered over in more saccharine stories about illness.

The stories that help to advance Olive’s emotional development are also quite rewarding, and moreso if you read the first book, I think. “Motherless Child” is a great story that sheds more light on Olive and Christopher’s relationship, and it follows Olive’s evolution as a person in a way that feels organic and satisfying.

In general, I really enjoyed most of the stories with Olive at the forefront. 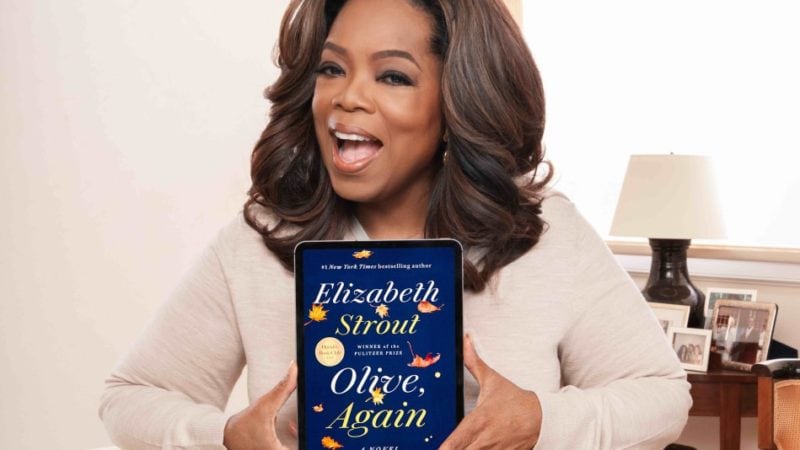 As mentioned above, however, I thought this collection of stories was a little more uneven than those in Olive Kitteridge. A few of the stories particularly stuck out to me as being weaker, which is not something that occurred to me when reading Olive Kitteridge.

“Helped” is a story about a woman who worries about being too much like her crazy mother or her cheating, immoral father, and it touches upon the topic of faith. I loved the premise, especially because it builds off of two of the more interesting characters (shut-ins whose son committed a murder) encountered in the first book. However, in the end, it didn’t seem to have much to say. Strout seems to like ending stories with people gazing at nature and feeling hopeful, but it feels a bit trite to me.

I was also disappointed because I was hoping this story would have something a little more substantial to say about faith, especially in a book that deals with aging and facing your own mortality.

“Exiles” is a story that concerns class division and guilt, though the whole thing felt a little surface level and unfocused. I think it might be because the characters are cribbed from her 2013 novel, The Burgess Boys. Maybe this story is better if you read that book and have more context about their relationships, but as a standalone it seems to be missing something.

The story “Pedicure” irritated me, honestly. It involves the story of Olive’s husband, Jack, and Elaine, a woman he once had an affair with during his first marriage. In Strout’s story, Jack genuinely loved Elaine, but Elaine is a “careerist” who was trying to engineer a sexual harassment lawsuit. Simply stated, this makes no sense. The idea that ambitious women lodge sexual harassment lawsuits or complaints for the sake career advancement is such misogynistic fiction that makes no sense if you consider it logically.

What type of woman pours hundreds of thousands of dollars into her education and years into her career to become a Harvard professor, just to throw it all away on a baseless sexual harassment lawsuit? It’s risky to assume people will believe you, and almost guaranteed to trash the rest of your career. How many successful women can you name that filed sexual harassment lawsuits and are still employed by prominent organizations? Barely any. It’s a career-ruining move. Employers don’t like to hire people who sued their former employer.

“The End of the Civil War Days” involves a couple and previous infidelity and their house is now split up into two parts with yellow duct tape down the middle, so they live in the same house separately. I thought the yellow-duct-tape bit was a bit cheesy. I’m sure plenty of couples live as strangers in their home, but the physical-separation-by-means-of-duct-tape seems like something that happens more in movies and books than in real life.

I don’t know of this is so much a criticism as an observation, but I wondered so many of the characters in this book have affairs and other variants of infidelity. Strout seems very fixated on marital infidelity, and she seems to have a very forgiving outlook when it comes to infidelity that I don’t know if I agree with. I can only imagine that Strout must be working through some personal feelings relating to infidelity. That a vast majority of the marriages in this book have some type of cheating involved, which I thought was odd.

If you read the first book and loved it, you’ll probably enjoy this one as well. Even if I had some criticisms of a few of the stories, there’s plenty of other stories to enjoy, some of which are really thought-provoking. Like the first novel, this one is similarly a insular and contemplative book.

This book doesn’t quite have the brutal honesty of the first book, and is a bit more maudlin. But I think some people will like that. I preferred the first one, but people who are looking for more heartwarming narratives will prefer Olive, Again.

As much as this has been marketed as a standalone novel, honestly, I’d strongly recommend reading Olive Kitteridge first if you’re considering reading this. While not relevant for all the stories, I do think the evolution of the character of Olive Kitteridge, especially, is much more meaningful if you’ve read the first book.

This is definitely a great book club selection, especially for those with older members. There’s a lot to think about, and even the weaker stories make for good jump off points for discussion.

Have you read this and had some thoughts about this collection of stories? Feel free to share below! I’m especially interested to hear if any of the stories I wasn’t a fan of were other people’s favorites, and if so why. 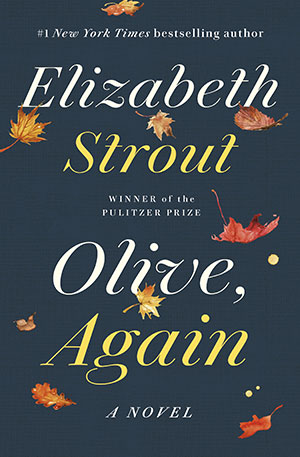 From the Publisher
Elizabeth Strout’s 2008 novel, Olive Kitteridge, won the Pulitzer Prize and spawned a hit HBO miniseries starring Frances McDormand and Bill Murray. In Olive, Again she resurrects the endearing curmudgeon from Crosby, Maine in thirteen interconnected stories that remind us that you’re never too old to grow up. As the book opens, Olive is being wooed, in a manner of speaking, by fellow widow Jack Kennison. Even he is at a loss to explain the precise reasons for his affection for her, but as we see Olive fumbling through everyday life—still grappling with its disappointments and mysteries—we recognize a kindred soul. Olive, Again is not what you would call a page-turner. There are the none of the requisite heart-racing moments, but a steady beat of ordinary magic (which ends up being not so ordinary at all).
Show More
Read an Excerpt
See it on Amazon Book Depository