In Normal People, Connell and Marianne are schoolmates who pretend not to know each other. He’s popular and well-adjusted, star of the school football team, while she is lonely, proud, and intensely private. But when Connell comes to pick his mother up from her job at Marianne’s house, a strange and indelible connection grows between the two teenagers—one they are determined to conceal.

A year later, they’re both studying at Trinity College in Dublin. Marianne has found her feet in a new social world while Connell hangs at the sidelines, shy and uncertain. Throughout their years at university, Marianne and Connell circle one another, straying toward other people and possibilities but always magnetically, irresistibly drawn back together. And as she veers into self-destruction and he begins to search for meaning elsewhere, each must confront how far they are willing to go to save the other.

Normal People is Sally Rooney’s second book, and the literati are tripping over themselves in adoration. She was profiled by Vanity Fair, and she’s being hailed as an Instagram status symbol as well as the “Voice of Her Generation.”

As a book lover, I’m very aware there’s a New York-centric bubble of literary types (and wanna-be literary types) that tend to act as an echo chamber for one another. Her previous novel, Conversations with Friends, utterly delighted the trendy literati set (though Amazon and Goodreads readers were less enthused).

But that has nothing to do with the rest of us, who just want to read a good book. So, I dug into Normal People looking to answer a simple question: Is this a good book, or are a bunch of people trying to shove their new fad down our throats?

Normal People is a story set in Ireland about the relationship over time between two people, complicated by their social and socio-economic divisions. Marianne and Connell meet as teenagers in high school. Marianne is bookish, unpopular and wealthy. Meanwhile Connell is a well-liked football player, but his family is of the “wrong” sort.

They’re friends because Connell’s mom works as a cleaner for Marianne’s house. When Marianne admits her feelings for Connell, they begin hooking up secretly. The novel then follows Marianne and Connell’s “will-they-or-won’t-they?” relationship across the next five years.

Marianne and Connell’s romance is reminiscent of an angst-y version of One Day by David Nicholls. Or maybe a sullen Pride and Prejudice, if Mr. Darcy kicked off his relationship with Elizabeth Bennet by using her for sex and Lizzie had a taste for sadomasochism.

Rooney borrows some chick flick tropes and places it into a format that appears pointedly intellectual. She writes with a cool, sparse detachment, highlighting the alienation and social divisions of the characters.

In Normal People, there are no quotation marks (Rooney doesn’t “understand the function they perform in a novel“), commas are frequently dropped, and run-on sentences fly by freely. There’s many instances here where it makes sense, but there are about a few hundred more where I wondered if it wouldn’t just be easier to read with some more punctuation. 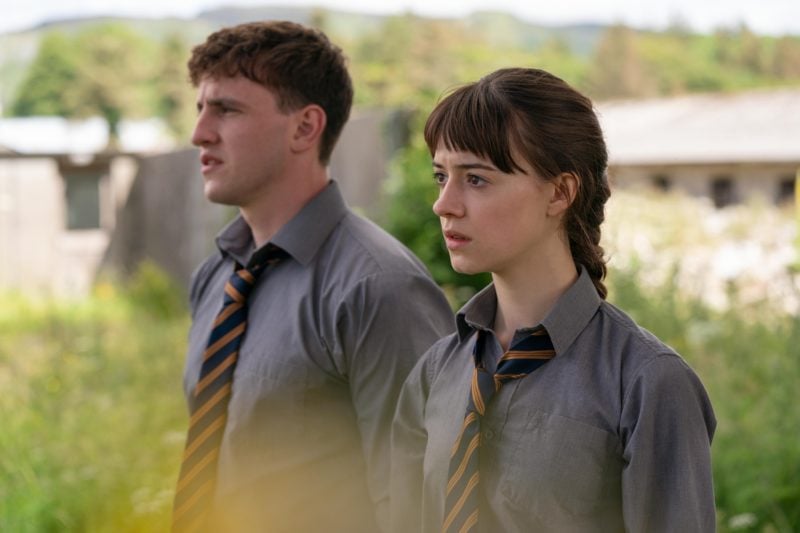 The short version of this is that this book didn’t really resonate with me. In the beginning, it seems kind of like an intellectual version of a chick lit novel which was fine, but as it drags on, it lost me. It focuses too much on superficial concerns, and it seems to have a lack of self-awareness about its inner contradictions.

Rooney herself describes her books as “stories about fake people.” She writes about urban, educated, young people who have fancy dinner parties and drink wine while talking about social justice. But while the book sneers at the phonies all around, it doesn’t seem to recognize its own detached sense of smug superiority.

Its cast of secondary characters is comprised mainly of straw-men – two-dimensional, terrible people. Our main characters, Marianne and Connell are both wracked with insecurity, but convinced that they’re better than the rest of these awful, basic bitches. The novel strokes the egos of its readers because we’re “in” on the joke, looking down at everyone else with them.

Also, of the topics covered, social divisions is a big one. But Normal People both resents and reveres popularity and social status. The narration simmers bitterly with disdain, yet its preoccupation with it implies a deeper longing.

I was also very underwhelmed by Rooney’s display of what she thinks socio-economic disparity looks like. Connell wears less fancy clothes, but he has access to the same opportunities as everyone else and his family’s financial disparity seems to have very little impact on the particulars of his family life. Rooney’s depiction of it seems like a caricature of what rich people think poor people’s lives are like. It’s not just about simmering in shame and resentment because you don’t have brand named clothing.

Other stuff: The book sort of looks at the effects of physical abuse and depression, but it doesn’t seem to have much insight to offer on those topics. There’s also arguably an anti-feminist slant to the story overall. And by the end, the plot gets a little repetitive. But I had long stopped taking this story seriously by then, so these were the least of my concerns.

Comparisons to Salinger and Plath

Rooney has drawn comparisons to Salinger and Plath, presumably because they both also wrote angsty books about modern, urban life. But in addition to both being more insightful books, in The Bell Jar and Catcher in the Rye, there’s a genuine and open longing for human connection that lies underneath all the angst and melancholy.

Holden and Esther don’t desire social status. They’re searching for innocence regained and something resembling happiness. These books comment on the superficial, but they grapple with the human condition.

Meanwhile, Marianne in Normal People grapples with … FOMO? An oft-quoted section of the text reads: “Marianne had the sense that her real life was happening somewhere very far away, happening without her, and she didn’t know if she would ever find out where it was or become part of it.” Yup, fear of missing out. It’s true and it’s a thing, but it’s also a fairly superficial concern.

As best, I found watered down facsimiles of Salinger-esque angst. For example, Connell inwardly grouses that his college discussions are abstract because no one is doing the class readings. And he muses that everyone around him only reads books as status symbols.

I know this is one of my harsher reviews, but I just didn’t enjoy this book. I understand why others might like it, as it is a very accessible, modern romance about beautiful, smart, worldly people. It appeals to people who’ve been in that type of will-they-or-won’t-they relationship.

But for me, it came off as shallow and kind of hypocritical. Plus, the main characters were too pitying, too self-loathing, too self-involved and too condescending for me to connect with on any level.

It’s pretty obvious that others may disagree with me regarding this book, and that’s okay! Feel free to share your thoughts below!

There’s a BBC production of Normal People is available on Hulu which aired in 2020. It started filming on May 27, 2019. Its a limited series consisting of 12 episodes that are 30 minutes long. See it on Hulu. 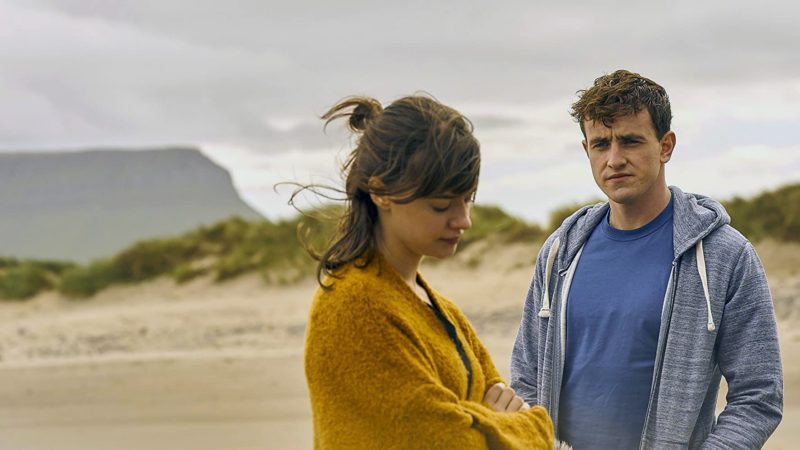 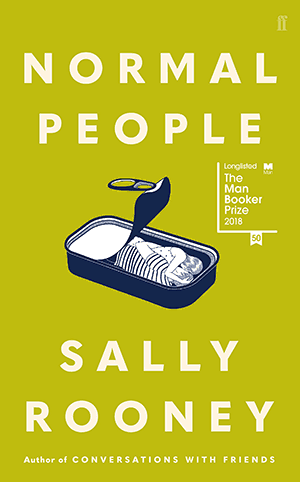