The Quick Recap and Section-by-Section Summary for Normal People by Sally Rooney are below. Spoiler warning: these summaries contains spoilers.

For a non-spoiler version of the plot synopsis, see The Bibliofile's review of Normal People by Sally Rooney.

For a more detailed version, see the section-by-section summary of Normal People by Sally Rooney. Or, for the quick version:

Marianne Sheridan and Connell Waldron are teenagers living in Ireland. They are friends, but pretend not to know each other in school. Marianne is the smartest girl in school, but is unpopular. She reads a lot and doesn’t wear make-up or dress well. Her parents are lawyers. Connell is a good-looking, studious football player. The economics teacher, Mrs. Neary, is flirty with Connell, which makes him queasy. Connell’s mother, Lorraine, is a cleaner. She works for Marianne’s family.

Marianne likes Connell, and thinks he’s attractive. Connell is her only friend. Connell feels comfortable with her, but doesn’t have many thoughts about her beyond that. She tells him she likes him. He kisses her. He’s sexually experienced, but it’s her first kiss. He tells her not to tell anyone about the kiss. Eventually, they end up having sex, and then continue to (secretly) hook up. 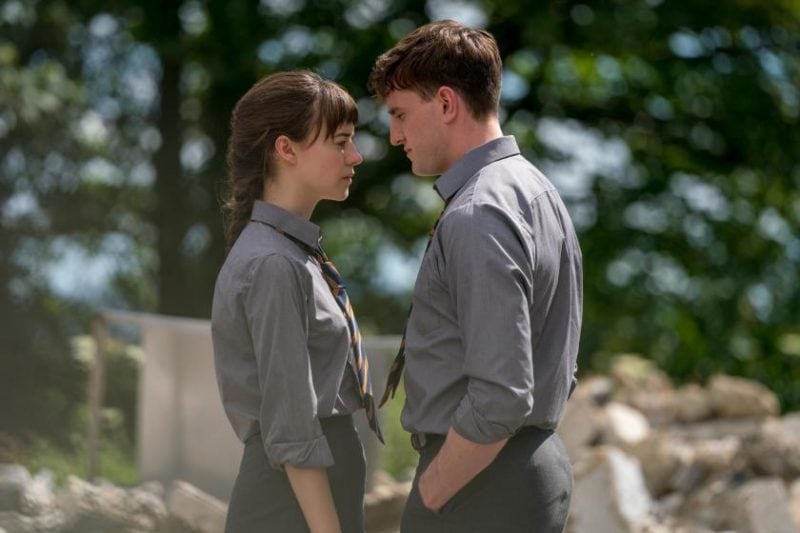 Marianne is on the Debutante Ball’s fundraising committee with Rachel Moran (the most popular girl in school), Karen and Lisa. They have an event at a club, and Connell is there, too. Rachel is jealous when she sees Connell watching Marianne. An older man gropes Marianne, and Rachel tells her it’s no big deal, prompting Connell to stand up for Marianne.

That night, she tells him that her dad used to hit her mom. Connell comforts her and tells her he loves her. The next morning, Connell’s mom finds them together, and she tells Connell that she already knows.

Connell’s friends tease him for leaving with Marianne, and he reflexively asks Rachel Moran to the Deb Ball. He tells his mom, who realizes he’s keeping his relationship with Marianne secret out of pride, and she calls him a disgrace.

After finding out Connell asked Rachel to the dance, Marianne quits school (apart from sitting for her exams). Alan, Marianne’s older brother, teases her when Connell ends up doing slightly better on a standardized test than her. Alan is a bully and is often physically aggressive towards her.

Connell and Marianna both end up at Trinity for college. Connell works in the garage on the weekends. He’s self-conscious about not being able to afford the clothes that other people have. Marianne now smokes and is dating Gareth, who is popular because of the great parties he throws. Gareth invites Connell to a party and reintroduces them.

Marianne ends up introducing Connell to her friends, who look down on him because he’s working class. Connell apologizes for the way he treated her, and she forgives him. They sleep together again and start dating, though the’re not a couple. Marianne acts very blasé about the relationship, but Connell realizes he still has a lot of power over her and feels queasy about it.

Connell dumps her before the summer starts, and Marianne is humiliated again.

We find out that Connell dumped Marianne because he couldn’t afford to stay at university over the summer. He wanted to ask her to stay at her place, but ended up feeling too awkward about it. Connell tells his mom that they were only casually dating, and that Marianne would never want to date someone of his social status.

Connell runs into Mrs. Neary who comes on to him and tries to have sex with him, but he feels ill and it doesn’t happen.

Marianne begins dating this guy Jamie who is a sadomasochist in bed. She says that she was the one who suggested being submissive with him, and it turns out he enjoys beating her up. She tells Connell about him.

Peggy is Marianne’s best friend and they spend a lot of time together, though Peggy is often mean to her and makes jokes at her expense.

Connell gets mugged and punched in the face, and he calls Marianne for help. He gets cleaned up at her place, and she gives him some cash. He tells her he’s dating someone, Helen Brophy. He says he loves Helen, which makes Marianne cry.

Many months later, Connell and Helen are still together, though he e-mails Marianne regularly. Helen finds Marianne self-absorbed. Connell dislikes Jamie as well.

Connell and Marianne spend the summer travelling with friends through Europe. Jamie is with them, though Helen is in Chicago. Connell’s able to go because of a university scholarship he received (which Marianne also got) which gives him some degree of financial freedom.

As they have dinner one night and Jamie is being a noticeable asshole. Marianne is upset and walks out. Connell follows her, calming her down. He hugs her, but then kisses her until she tells him to stop. 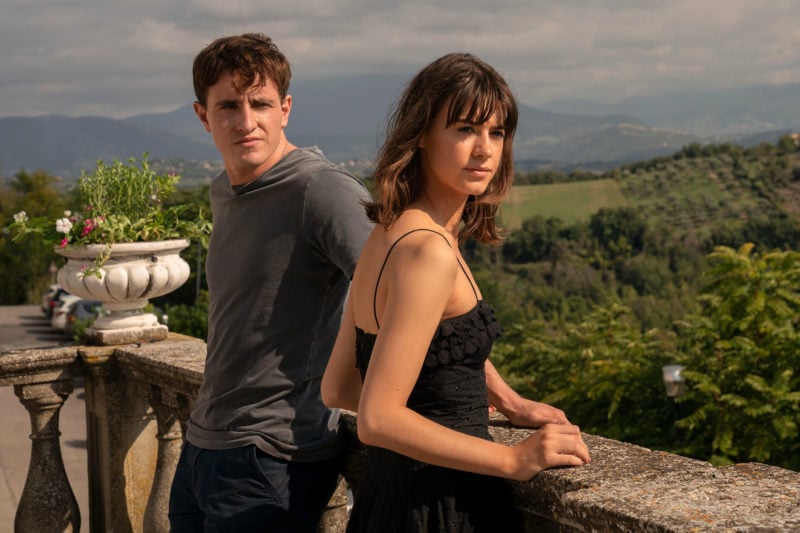 Marianne is spending her third year studying in Sweden. She dumped Jamie, which resulted in her losing most of her friends.

She’s seeing a guy named Luka. He’s also kind of a jerk who likes her to be submissive, to tie her up and take pictures. One day, when she’s reluctant, he says he loves her to try to coax her into doing what he wants. This strikes her as false, so she leaves him.

Connell visits a therapist at the college counseling services. He had heard a few months ago from Rachel that Rob, a classmate of theirs, killed himself. Since then, he’s had anxiety attacks and panic attacks. She tells him that he’s depressed.

Connell goes to a literary reading and comments that he doesn’t see the point of them. He ends up going out for a drink with the writer and he agrees as well.

Connell publishes a short story under a pen name (Conor McCreary) in April.

Marianne and Connell hang out a lot the summer after she gets back from Sweden. They re-hash a past miscommunication, and have a more honest conversation about their feelings. They are about to have sex, but Marianne asks him to hit her, and he says he can’t. Marianne leaves instead.

Marianne gets home and Alan is giving her a hard time. He ends up opening a door into her face when he is trying to barge into her room. Marianne calls Connell, who comes over. He drives her to the hospital and threatens her brother, telling him he’ll kill him if he ever touches her again.

Connell is now the editor of the college literary magazine. Marianne and Connell are now a couple. Connell finds out he got into the MFA program at Cornell. It’s good news, but means he needs to leave. Marianne wonders if he’s going to be with Sadie, a friend of his who will also be there, and he says no. He reassures Marianne that he loves her.

At the end she encourages him to go. She knows she’ll wait for him, and that even if they don’t end up together, he helped her to feel worthy so she’ll be okay. 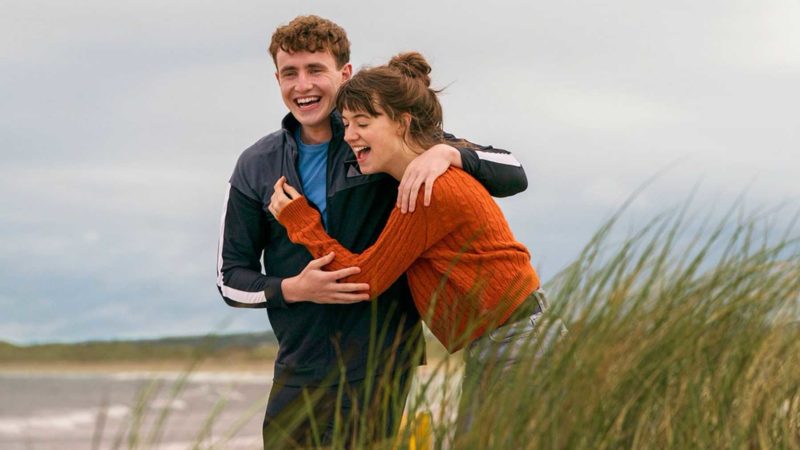