Main / Books / Klara and the Sun

Klara and the Sun

Book review and synopsis for Klara and the Sun by Kazuo Ishiguro, a literary science fiction novel told through the eyes of Klara, an android.

Klara and the Sun tells the story of Klara, a companion robot (called an "AF" or "Artificial Friend"). Told through Klara's eyes, the book opens with her in the store, waiting to be purchased. She eventually goes home with a sweet but sick girl named Josie and her mother.

As Klara learns about the world around her, Ishiguro reveals to us a semi-dystopian world in the not too distant future. And Klara finds herself discovering truths about people, difficult decisions they must make, and the complexities of love.

The three-sentence version of this: In the not-too-distant future, Klara is a solar-powered companion robot who is purchased by a sick girl, Josie. Klara goes on a quest to try to ask the Sun to heal Josie. It's soon discovered that Josie's parents have a secret plan to possibly replace Josie with Klara (if she dies), but Josie gets better instead.

In Part One and Part Two of Klara and the Sun, Klara is introduced as a solar-powered AF ("artificial friend"), which is a companion robot for children, being sold at an AF store. She bonds with a sweet but sick girl named Josie, who eventually comes back to purchase her. Klara moves in with Josie and her mother and meets Josie's best friend, Rick. Rick is less well off and is not "lifted" (which means he wasn't genetically modified as a child), and the "lifted" kids see him as inferior. We also learn that Josie had an older sister, Sal, who was also sick and eventually died.

In Part Three and Part Four, Klara believes the Sun can heal Josie's illness, and she asks the Sun to heal Josie. Klara believes the Sun dislikes Pollution (because it blocks out the sun) and offers to destroy a machine she has seen emit a lot of pollution (a construction vehicle) in exchange. Klara completes her quest, but she soon sees the machine has been replaced by a new one. Meanwhile, Klara learns that Josie's parents (Chrissy and Paul) are planning a "portrait" of Josie that is really a robot version of Josie. They want Klara to "learn" to be Josie so they can someday transport Klara's consciousness into robot Josie, in case Josie dies.

In Part Five, Klara knows she has failed to stop Pollution, but she asks the Sun to heal Josie anyway. She believes that the Sun is a champion of true love (based on seeing it shine brightly on a day she watched two people being reunited), and she assures the Sun that Josie and Rick's love is worth saving. (We also learn that Josie sickness was a possible side effect of being "lifted", and Sal died because of it.) One dark day, as Rick shows great kindness to Josie's mother even though she is cruel to him, the Sun suddenly emerges and Josie seemingly starts getting better.

In Part Six, the years pass and Josie is healed and headed to college. She and Rick have grown apart, since not being "lifted" like Josie has set them on two different life paths. Klara is given a dignified end of living out her "slow fade" in the Yard (a place where old machinery is placed), where she contentedly replays her memories in her head.

Klara and the Sun by Kazuo Ishiguro is a “soft” science fiction book (dealing with the implications of science fiction without much emphasis on the science behind it). Ishiguro fans likely know that he’s no stranger to the genre, having penned other sci-fi titles in the past (The Buried Giant and Never Let Me Go).

In this case, Klara and the Sun set in a semi-dystopian world with two distinct classes of children: “lifted” and “unlifted”. Upper-class children also often have AFs, meaning “Artificial Friends” which are basically robot companions. Klara, our protagonist and the narrator of this story, is an advanced model, a 4th Generation B2 AF.

The ramp up of the plot takes a little time, since Ishiguro first has to establish the reality the book exists in. The book is set in the not-so-distant future where much of it is familiar, though there are a number of societal changes that Ishiguro gradually reveals small details of. Still, as far as world-building goes, it remains a fairly fuzzy sketch of what things could look like, since the details of the world are scant and leaves a lot to imagined by the reader.

Given that this is, of course, literary fiction, the book is probably more interior that your typical sci-fi novel. There’s more of a focus on the nuances of Klara’s perspective and the relationships around her. The plot does takes a distinctively Black Mirror-esque turns — if you’re familiar with that television series, there’s some major “Be Right Back” vibes. Unfortunately, though, it doesn’t resolve that plot line in a entirely satisfying way, though that subplot does serve an important function in the book.

Klara and the Sun probes at complex questions about the relationships in the book and what it means to love or care for someone. In some ways, the book can be seen as being more about Josie (the girl for whom Klara is a companion), though viewing that through Klara’s perspective provides us with a refracted lens to view that world and Josie’s relationships. What Klara understands, and often more importantly what she misunderstands, provide the contours to this tale and are crucial to analyzing the themes and events of the story.

I don’t know if this book was intended as an illusion to Plato’s Allegory of the Cave (I would guess yes), but it was certainly reminiscent of it in some ways. Plato’s Cave is about how people base their knowledge on their limited perception of the world. It illustrates it by imagining people chained in a cave seeing shadows reflected on the wall, unable to see they are not real objects but shadows cast by a fire they cannot see behind them. And if one were to manage to escape outside the cave, they might reach the conclusion that sunlight could blind them since their eyes had not yet adjusted. Similarly, Klara’s perceptions are severely limited by her experiences. Her relationship with the Sun and its light is defined by the conclusions she draws from her limited knowledge of it.

Overall, I enjoyed the writing in the book and felt that it kept my interest, but there’s a number of plotlines in this book that don’t feel fully formed. The resolution of the book makes sense when viewed simply as being Klara’s perspective, but leaves so many things unexplored that it feels disappointing nonetheless. I would say that this would be my main criticism of the book, though it’s hard to discuss in depth without spoiling the book.

Beyond that, there were other smaller issues as well. For example, the book is narrated from the perspective of Klara, who is a robot-slash-android. I thought most of it was good, though there were a few parts of the book that were less convincing to me.

Early on, Klara sees a homeless man sleeping on the sidewalk with his dog, who she assumes is dead. When he awakes, she assumes that it is because the Sun has healed him. This all makes sense and is a charming example of how Klara tries to understand the world based on what she knows. Since Klara doesn’t need sleep and gets her energy from the Sun, she assumes humans do as well. As Klara sees more and learns more, she sometimes has to revise her assumptions about what she previously learned (which in the world of artificial intelligence is known as “machine learning”.)

However, later on, when Klara is taking care of a sick child who needs frequent rest, Klara still hasn’t pieced together that the man wasn’t dead. Given how intelligent Klara is and how she has seen the child sleeping and waking up, it seems odd that she still hasn’t applied her understanding of the concept of humans needing sleep to the man she once saw on the street reawakening.

It’s a relatively minor detail, but things like this made me feel like Ishiguro’s vision of his world wasn’t as fully thought out as you’d ideally like to see.

There’s also some plot contrivances that aren’t well explained. The plot is partially driven forward by Klara’s misunderstandings about how the world works. There’s not really a reason given why Klara feels she needed to hide away what she’s up to from the other characters — except that the plot no longer works if someone corrects her. Again, in the context of this book, this is a pretty minor point, but I thought it could’ve been executed better.

There’s also other little issues with portraying Klara’s robotic tendencies, like how Klara never speaks in second person (referring to someone as “you” as opposed to in third person). I understand this is meant to remind us that Klara is a robot, but from a technology perspective, it makes little sense. Programming in a second person perspective is not particularly complicated, especially considering how powerful Klara is as a computing device. It would make more sense for Klara to struggle with things like tone, sarcasm, metaphors, hyperbole or irony as opposed to something very basic like second person vs third person. I was disappointed in things like this since it seems to show a lack of understanding of the types of things AIs have trouble with.

Klara and the Sun is an interesting and relatively accessible, though imperfect, “soft” science fiction novel. I low-key enjoyed it, but by the end I was still hoping for something a little more to make me feel really enthusiastic about it. The unexplored parts of the book seem like a missed opportunity.

Some people will enjoy this book simply because it probes at some interesting questions when it comes to artificial intelligence and is written with a gently melodic tone that is pleasant to read. But I imagine many, if not most, will also feel at least a twinge of dissatisfaction with the ending. I would go as far as to say that none of the plotlines in the book are really explored fully.

I’d recommend this book to people who like “gentler” novels, who enjoy soft science fiction and who are used to reading literary fiction. If you’re someone who doesn’t typically read literary fiction, I should warn you that it’s a fairly interior novel, focused a lot on how Klara sees the world around her, and it leaves a lot of questions fairly open-ended. I think people who are accustomed to more literary books and who don’t mind some ambiguity will enjoy this one more.

See Klara and the Sun on Amazon.

Klara and the Sun Audiobook Review

Hear a sample of the Klara and the Sun audiobook on Libro.fm.

See Everything We Know About the 'Klara and the Sun' Adaptation 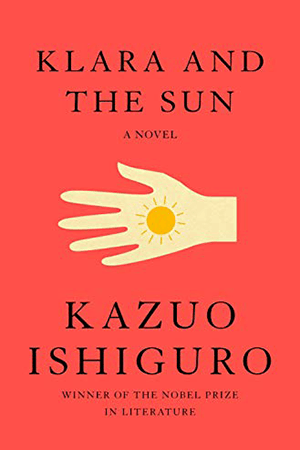