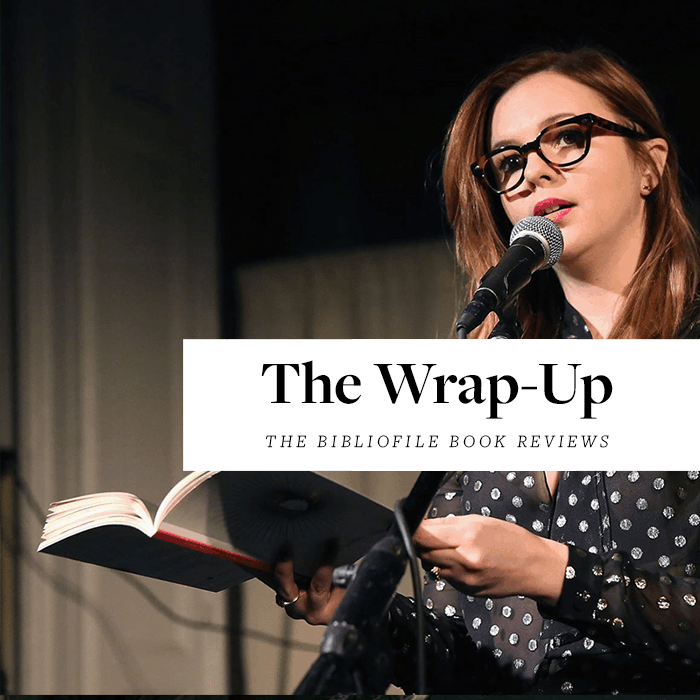 So, the Bibliofile’s subscription list is switching over to a once-weekly newsletter format. It’ll feature new content from The Bibliofile as well as catch you up on some recent bookish and #bookblogging news and posts! If you have any thoughts or feedback about the new format, feel free to reach out to me at jenn@the-bibliofile.com. Really hope you guys like it!

Book Review | A Man Called Ove by Frederik Backman is a sweet, uplifting and surprisingly funny story about a grumpy old man called Ove. It was originally published in Swedish and has been around for a few years now, but finally got around to reading it this week. The plot is fairly predictable, but that doesn’t detract from it being a lovely and heartwarming book about goodness and principles in a cynical and often disappointing world.

Any Man by actress-slash-activist Amber Tambyln was also released this week (June 26), a novel examining rape culture. For her first novel, Tamblyn casts her protagonist as a female rapist. Reviews of the controversial book are looking good thus far — check out Jessicamap Reviews or the National Post.

Writing weekend, anyone? 10 Simple Steps to Hosting a Writing Weekend from LJHiggins

Beta Reading, some helpful tips from Radina on How to Be A Better Beta Reader

Children of Blood and Bone by Tomi Adeyemi looks like it will be the first pick for Jimmy Fallon’s new book club. It’s a YA fantasy rooted in West African mythology that’s gotten fantastic reviews. (See Kyera’s Library or Miriam Shittu)

Reese Witherspoon, the de facto patron saint of book clubs of the moment, has a new book coming out September 18 called Whiskey in a Teacup.

The Woman in the Window movie adaption starring Amy Adams has a tentative release date! It’s October 4, 2019, according to the book’s author, AJ Finn

Harlan Ellison, a controversial but well-respected sci-fi writer passed away on Thursday (June 28).

Uprooted (ebook) + Spinning Silver (pre-order) + Special Preorder Giveaway! | Naomi Novik is coming out with her newest novel Spinning Silver in a few weeks (I actually pre-ordered a signed copy last week!). If you pre-order, you can also get a special edition foil version of the dust cover for free.

Her previous novel Uprooted (my review here) is currently on sale as an e-book for $2.99 on Amazon.

Subscribe to The Bibliofile to get this weekly update in your inbox. Requests for inclusion on the The Bibliofile Weekly Wrapup can be sent to notes@the-bibliofile.com. Third party links may include affiliate links. Happy Reading!