Book review and synopsis for Anatomy, A Love Story by Dana Schwartz, a historical fiction novel set in Scotland in the early 1800s about a girl who dreams of becoming a surgeon.

Set in Scotland in the early 1800s, Anatomy: A Love Story is centered around Hazel Sinnett, an upper class 17-year-old girl who has always been fascinated with science. While it's assumed she will soon marry Bernard, the future Viscount Almont, Hazel's real dream is to become a surgeon. Hazel begins to have dealing with Jack, a handsome grave snatcher, in order to procure specimens for her work. Meanwhile, a disease known as the Roman fever is spreading among the populace, and the poor in the town are disappearing for mysterious and possibly nefarious reasons...

In 1817 in Scotland, Hazel is a 17-year-old upper-class girl who is meant to marry her cousin Bernard, a future Viscount, but dreams of being a surgeon. Dressed as a man, Hazel secretly starts attending anatomy classes taught by Dr. Beecham until she is exposed as a girl.

While she's not longer permitted to attend class, Dr. Beecham agrees to allow her to take the physician's test, if she can learn the material herself, to become qualified if she passes. Meanwhile, among the poor in town, people have been suspiciously disappearing, including one of Jack's friends, Munroe. There's also a disease going around, the Roman fever, which is causing havoc and mass deaths.

Hazel starts working with a grave-snatcher, Jack, to illegally procure corpses to study with. The two begin to fall for each other. She also starts treating patients (by turning her castle into a makeshift hospital) while her family is away. Jack points out folk remedy, wort flower, to Hazel which she uses to treat patients with Roman fever and it seems to show some promising results. One day, Munroe resurfaces, but he is missing an arm. He indicates that he was kidnapped and a doctor removed his arm without his consent.

The day of Hazel's test she catches a glimpse of Dr. Beecham performing an eye transplant using an involuntary donor. She then sees that he's abducted Jack as well. Before he can kill Jack, Hazel is able to get them both free. Knowing that Dr. Beecham has been abducting the poor in order to use them for body parts and to practice transplant surgeries, she asks Bernard for his help in alerting the authorities. However, Bernard betrays her and has Jack arrested, being accused of the murder of various missing people. Jack is found guilty.

Hazel confronts Dr. Beecham, who is unapologetic. She has also discovered that he is immortal, and Dr. Beecham admits it's true. Dr. Beecham prepares to go to America to get a fresh start, and he offers Hazel a vial of his immortality tonic, saying he thinks she can make good use of it.

Hazel decides to give it to Jack. He is hanged but doesn't die. Hazel wants them to be together, but Jack knows he will be on the run indefinitely and he knows Hazel cannot pursue her dreams while on the run. Instead, Hazel continues treating patients from her home, and Jack disappears. The book ends with Hazel receiving a letter (presumably from Jack) some time later that's sent from New York, saying that he still loves her and is waiting her her.

Anatomy: A Love Story by Dana Schwartz was recently released and chosen as Reese’s Book Club Pick for January 2022. The book was marketed as a Gothic novel, but I think that description is incorrect (as discussed further below). Instead, I’d say that
it’s a historical fiction novel with some romance mixed in.

Set in 18th century Scotland, Anatomy: A Love Story follows an upper class 17-year-old girl named Hazel who dreams of being a surgeon. In this time period, surgery was a nascent field that was considered brutish and low class, and human specimens used to practice on were often stole from graves by men referred to as “resurrection men”.

Anatomy offers a quickly paced and page-turner type narrative as Hazel and Jack, a a resurrection man, try to procure bodies for use in her studies. Meanwhile, the poor in town are disappearing mysteriously.

The time period it’s set in feels naturally compelling, and Scwartz has come up with a interesting array of characters to populate her story.

As previously discussed, I wouldn’t describe this as a Gothic novel at all. The main character of Hazel is a privileged girl who spends most of the time doing whatever she pleases in her lovely, safe home helped by her maid and Cook who she trusts and who care about her. There’s a sense of freedom and breeziness that is distinctly un-Gothic.

Sure, there’s some graverobbing mixed up in there, but the general tone of the novel is not Gothic. The most Gothic part of this book is that Blackletter font used on the cover.

As a historical fiction novel, it didn’t really have enough of a sense of atmosphere or compelling details to really draw me into the story. Most of the historical details are very generic, and basically all the specific historical details included in the story can be found in the UK section of the Wikipedia page about body snatching.

As I was reading, the name Hazel for the main character felt a little anachronistic to me, considering she was meant to have been born in the year 1799 or 1800. After some Googling, it appears the name originates in England and eventually spread to Scotland as well, but even in the mid-1800s it was still exceedingly rare to be used as a first name, with the earliest documented use being the birth of 4 “Hazel”s born between 1840-1850 in the UK. According to Wikipedia, the name wasn’t really commonly used as a first name until the late 19th and early 20th centuries.

Overall, I would say that for the most part I was underwhelmed by this story. Then, there’s also a final plot twist that I thought was totally out of left field and the story gets pretty nonsensical. At that point, I lost interest in it completely but I only had a handful of chapters left so I went ahead and finished it. 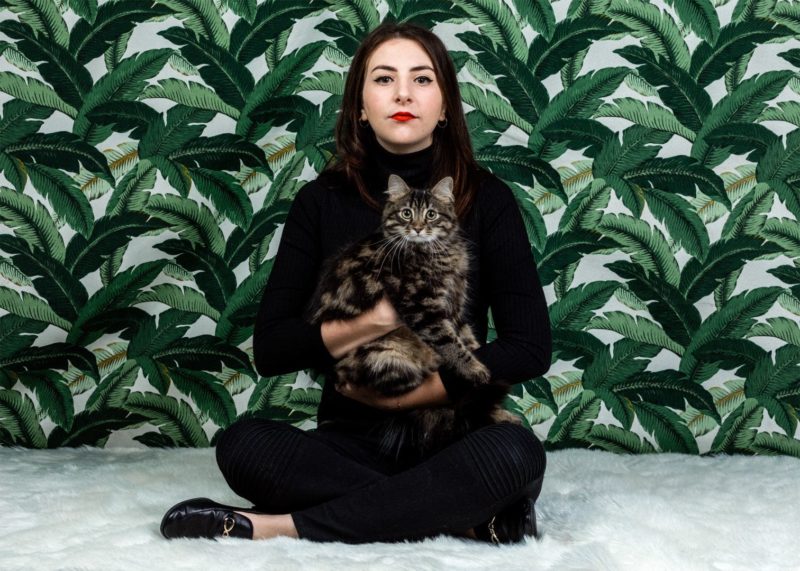 Anatomy: A Love story is an easy and quick read with a page-turner type feel, set in a context (graverobbers, early medicine and cobblestone streets!) that seems naturally compelling. However, the largely predictable plot, lack of atmosphere and the silly ending meant that it wound up feeling very generic and forgettable to me.

I also would not describe it as a Gothic novel, since there’s a breezy, carefree aspect of the novel that doesn’t seem very Gothic. I also would not recommend this as a book club read, as there isn’t too much substance there to be discussed. I suppose you could discuss whether you thought the ending was ridiculous or not, since I imagine opinions will be split on this one.

Hear a sample of the Anatomy: A Love Story audiobook on Libro.fm.

Read the first pages of Anatomy, A Love Story 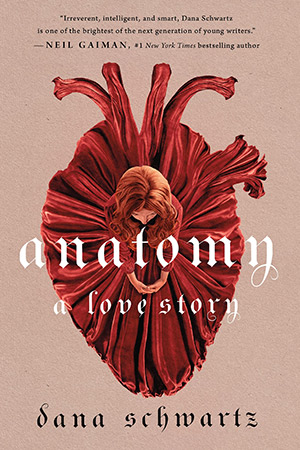