Book review and synopsis for A Slow Fire Burning by Paula Hawkins, a twisted mystery-slash-thriller of deceit, murder, and revenge.

In A Slow Fire Burning, Laura has spent most of her life being judged. She's seen as hot-tempered, troubled, a loner. Some even call her dangerous. Miriam knows that just because Laura is witnessed leaving the scene of a horrific murder with blood on her clothes, that doesn't mean she's a killer. Bitter experience has taught her how easy it is to get caught in the wrong place at the wrong time. Carla is reeling from the brutal murder of her nephew. She trusts no one: good people are capable of terrible deeds. But how far will she go to find peace? Innocent or guilty, everyone is damaged. Some are damaged enough to kill. Look what you started.

From Dorie on Goodreads: “This is a very cerebral mystery so I wouldn’t recommend reading this after several glasses of wine, or whatever unless you reason better this way!! You will need to think, untangle story lines and understand this myriad cast of characters and convoluted but ultimately brilliantly written novel.”

From Tammy on Goodreads: “There is a murder because of course there is. Tenuous connections, deception, and betrayal embroil members of a family, a pitiable young woman, and a meddlesome middle-aged spinster in the investigation that ensues. Moving back and forth in time, the characters’ backstories are slowly revealed as Hawkins turns you every which way but loose. There is even a book within in a book. I was held breathless.”

From Janet on Goodreads: “While initially slow, Hawkins builds a web of unlikable characters that keep the plot twisting and turning until, like a runaway train, you crash into a fiery ending. A twisted tale of secrets, lies, resentments carried, revenge plotted, and culminating in murder… this thriller is sure to be a scorching end of summer treat.”

What to Know about A Slow Fire Burning

A Slow Fire Burning is the newest upcoming novel by Paula Hawkins, set to be released August 31, 2021. 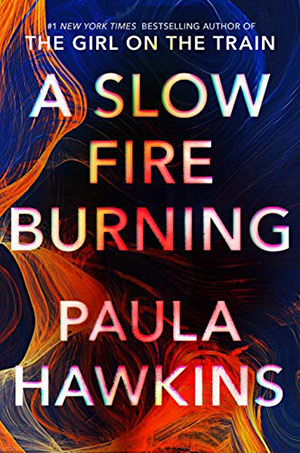