Book review and synopsis for The Testaments by Margaret Atwood, a continuation of the story of Gilead.

The Testaments continues the story of The Handmaid's Tale, 15+ years later. However, instead of continuing Offred's story, The Testaments follows Aunt Lydia's story and offers two more perspectives that weren't focused on in the first book. Agnes is an upper-class girl growing up in Gilead. Daisy is a young woman living in Canada as Gilead missionaries continuously drop by and protests against them rage on.

Through these stories, Atwood adds additional depth to Gilead and continues her dystopian narrative.

15+ years after the events of The Handmaid's Tale, The Testaments follows three different characters, Aunt Lydia, Nicole/"Daisy", and Agnes. Aunt Lydia is a powerful figure in Gilead, but she is secretly writing an anti-Gilead manuscript and has a trove of incriminating anti-Gilead documents.

Agnes begins the story as a young upper-class girl from Gilead. As a child, she learns her mother was a disgraced Handmaid. When Agnes is 13, she begs to be allowed to become an Aunt in order to avoid marriage. In present day, she's been an Aunt for 9 years now.

Daisy is a young woman who lives in Canada. After her parents are murdered, she learns they were not her real parents, but operatives for Mayday, an anti-Gilead organization. Daisy herself is revealed to be a famous icon known as Baby Nicole, a Gilead baby who was smuggled out by her mother, a Handmaid. Gilead has been demanding her return. Mayday recruits Nicole to pick up documents to help bring down Gilead from a source they have on the inside, revealed to be Aunt Lydia.

Nicole/Daisy is able to get inside Gilead by pretending to be recruited by Gilead missionaries. Once inside, Aunt Lydia reveals to Nicole that Agnes is her half sister. Lydia asks Nicole, Agnes and Agnes's friend Becka for their help in bringing down Gilead. They agree to help to sneak out the incriminating documents.

Agnes and Nicole then set out on a treacherous journey back into Canada, and Becka sacrifices herself to help them avoid detection. Despite the difficulties, they make it. Mayday confirms they got the documents, and they are reunited with their mother. Once the news about the documents hits, Lydia kills herself since she knows she's dead either way.

In the epilogue, Professor Piexoto presents findings about Gilead many decades after its fall. They have recently found Lydia's manscript as well as Agnes and Nicole's records. They speculate that Offred may be Agnes and Nicole's mother. The book closes by displaying an memorial statue for Becka that was erected by Agnes, Nicole, their parents, children and grandchildren.

The Testaments by Margaret Atwood, a sequel to The Handmaid’s Tale, was released a few days ago. The original novel was released in 1985.

I’m a Margaret Atwood fan. I have signed, first edition copies of a number of her books, and The Blind Assassin is one of my favorite books of all time. Even still, my first reaction to hearing about the publication of The Testaments was…skepticism. I was worried if this long-awaited follow-up would be any good, or if it was just a money grab because of the popularity of the Hulu adaptation.

Of course, the only sensible way to find out was to just read it, so that’s what I’ve been up to this week.

My first impression was that I liked how this book was structured. Atwood manages to add in three different perspectives that come together to form a story that feels organic and adds enough to the original story to be worth reading.

As a fan of The Handmaid’s Tale and Atwood in general, I really enjoyed this. I found the story engaging, liked the characters and the ending.

In many ways, the book feels a little more lighthearted than the first installment. While this is of course still a dystopian novel, Aunt Lydia has a measure of power that gives her some agency, which makes the book feel less depressing and the situation less dire compared to Offred’s story. It also helps that there’s a character in Canada who is unindoctrinated and provides a contrast to the women in Gilead.

Overall, the storyline of The Testaments involves more pro-active plotting, scheming and a touch of adventure, as opposed to the dire desperation of Offred’s situation in The Handmaid’s Tale. I think some might object to the change in tone, but I liked it. I think The Handmaid’s Tale is a fantastic book that says something very important, but The Testaments is something slightly different but still a solid book.

I think people who are expecting a book that feels revolutionary in way that the first book was will be disappointed. Instead, this book is very much a sequel and continuation of the first story. But it’s one that’s worth reading if you liked the first book. If you didn’t like the first book for whatever reason, there’s probably not a lot of reason for you to read this book.

The Testaments vs. The Hulu Adaption

For those watching the Hulu show, The Testaments tells a separate story from what’s been seen in seasons 1-3 of Hulu’s The Handmaid’s Tale adaptation so far.

However, Hulu has confirmed that it, along with MGM, will be adapting The Testaments. They haven’t stated whether their adaptation of The Testaments will be a spin-off series on Hulu, or if the story will be folded into later seasons of Hulu’s The Handmaid’s Tale. 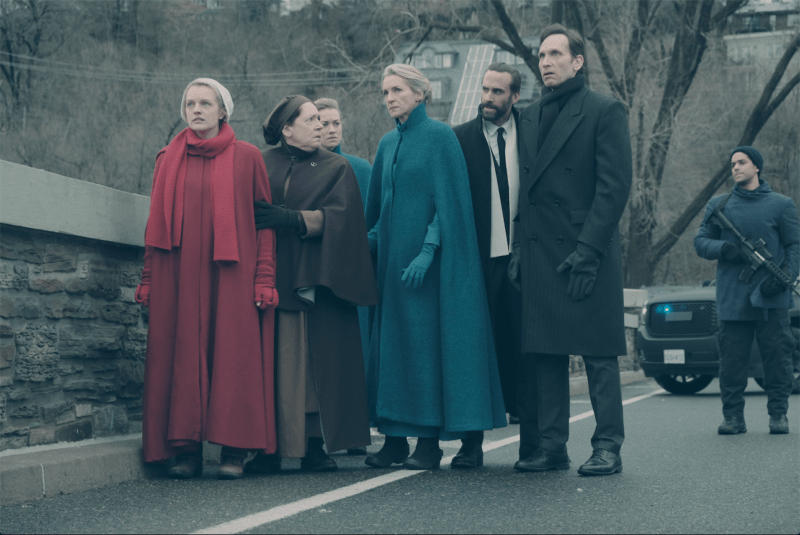 If you liked The Handmaid’s Tale, yes, you should read this book. The Testaments fleshes out the story of Gilead and is an engaging story.

It won’t feel revolutionary in the same way The Handmaid’s Tale is, mostly because it’s covering a lot of similar ground. The content and themes explored are similar, and there is a fair around of reviewing previous material to get the reader caught up. But it’s a good book and it adds to story of Gilead in ways I thought was interesting (sorry for the vagueness, but I’m trying not to give anything away.)

See The Testaments on Amazon.

Read the first pages of The Testaments 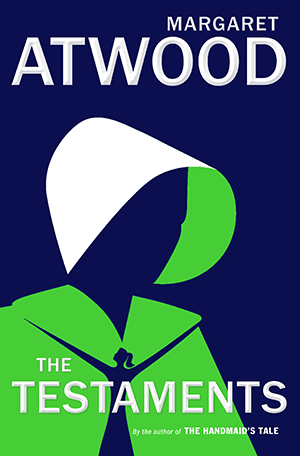 From the Publisher
More than fifteen years after the events of The Handmaid's Tale, the theocratic regime of the Republic of Gilead maintains its grip on power, but there are signs it is beginning to rot from within. At this crucial moment, the lives of three radically different women converge, with potentially explosive results. Two have grown up as part of the first generation to come of age in the new order. The testimonies of these two young women are joined by a third voice: a woman who wields power through the ruthless accumulation and deployment of secrets. As Atwood unfolds The Testaments, she opens up the innermost workings of Gilead as each woman is forced to come to terms with who she is, and how far she will go for what she believes.
Show More
Read an Excerpt
See it on Amazon Book Depository