By Erin Morgenstern, A dreamy cream-puff of a book

I went with my family on a cruise to Alaska a while back and found out that cruises are a little boring if you’re not interested in stuffing your face all day long. And it’s a bit of a long ride going from Seattle (our port of departure) to Alaska, so even a week-long cruise means you’re spending a vast majority of the time on the boat. Oh, and the wi-fi was something ridiculous too like $50 a day, and even then the connection is really spotty. Views were fantastic, though.

Anyway, like an idiot, I didn’t bring any reading material with me, so I was stuck relying on the ship’s library to find some way to spend my time. They had this really nice library-slash-bar with these huge glass windows that was bordered on all sides with cozy reading nooks and really comfortable leather pull-out chairs all over place — the only problem was the book selection itself left something to be desired. I did manage to find this and a John Grisham novel or something, so I went with this (obviously), though I had previously read enough reviews to have some idea that it wasn’t something I would have chosen otherwise.

In The Night Circus by Erin Morgenstern, two magicians are engaged in a rivalry that takes place via their proteges. They each select an apprentice to serve as their proxy, and those students compete by displaying their magical abilities in exhibits at the Cirque des Rêves, the Circus of Dreams. This wandering magical circus rises only in the night and appears and disappears at various locations without warning, carrying with it an array of magically-inclined outcasts.

Celia is chosen as the competitor for her father, Prospero the Enchanter. Meanwhile, Mr. A.H. selects Marco, a boy plucked from a London orphanage, to represent him. Very quickly, the two competing apprentices feel an attraction towards each other, knowing full well that they’ve been selected as rivals. The two smitten apprentices are at first blithely unaware of the contests full rules, but in due course Celia and Marco find out that it is not merely a casual competition.

Morgenstern’s world is a dreamy and enchanted one, and the book devotes a lot of time to describing the many beautiful and varied exhibits and displays inside, from the ice garden to the animal menagerie and the magical cloud maze and candle-lit wishing tree and so on, with a cauldron of white flames that resides that the circus’s center and the clock tower that greets visitors at the entrance. The main characters are beautiful and talented and tragic and ever-so-star-crossed lovers.

In short, it’s a cream-puff of a book, replete with empty calories, baked together tenderly with rather lovely and quite capable writing. Everywhere, the stars sparkle and tents glow and candlelight flickers, all nestled in bittersweet romance with magic floating in the air. I think for many people, it’s the type of the thing that would capture their imagination. It’s not a book that asks you to think, it merely wants to take you on a winsome and captivating ride.

The Night Circus movie adaptation has been in the works for some time. The rights were originally acquired before the book was even published by Lionsgate. It’s been slow, but the project has been making progress. As of February 2019, it recently found a director.

For all the details, see Everything We Know About the Night Circus Movie Adaptation.

Read It or Skip It?

For a book to kill some time while being whisked alongside glaciers and clear skies on a cruise in Alaska, it more than fulfilled its purpose. I would have a hard time recommending it to be people due to the lack of substance, but I could easily imagine people liking this book. Morgenstern is a good writer for her genre of fantasy-romance; this book was not for me, but anyone who is interested in that type of thing should certainly take a look. 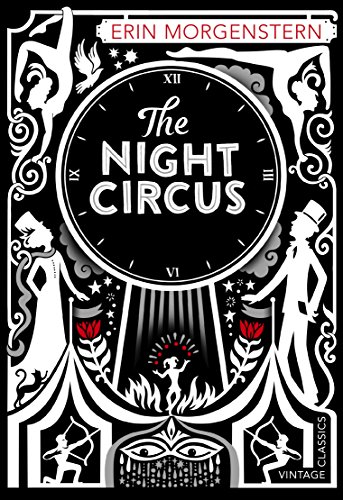 From the Publisher
The circus arrives without warning. No announcements precede it. It is simply there, when yesterday it was not. Within the black-and-white striped canvas tents is an utterly unique experience full of breathtaking amazements. It is called Le Cirque des Rêves, and it is only open at night. But behind the scenes, a fierce competition is underway: a duel between two young magicians, Celia and Marco, who have been trained since childhood expressly for this purpose by their mercurial instructors. Unbeknownst to them both, this is a game in which only one can be left standing. Despite the high stakes, Celia and Marco soon tumble headfirst into love, setting off a domino effect of dangerous consequences, and leaving the lives of everyone, from the performers to the patrons, hanging in the balance.
Show More
See it on Amazon
Share This
social & email
New Reviews
recent releases
New Posts
recently posted
Discussion and Replies