The Night Circus Movie: What We Know 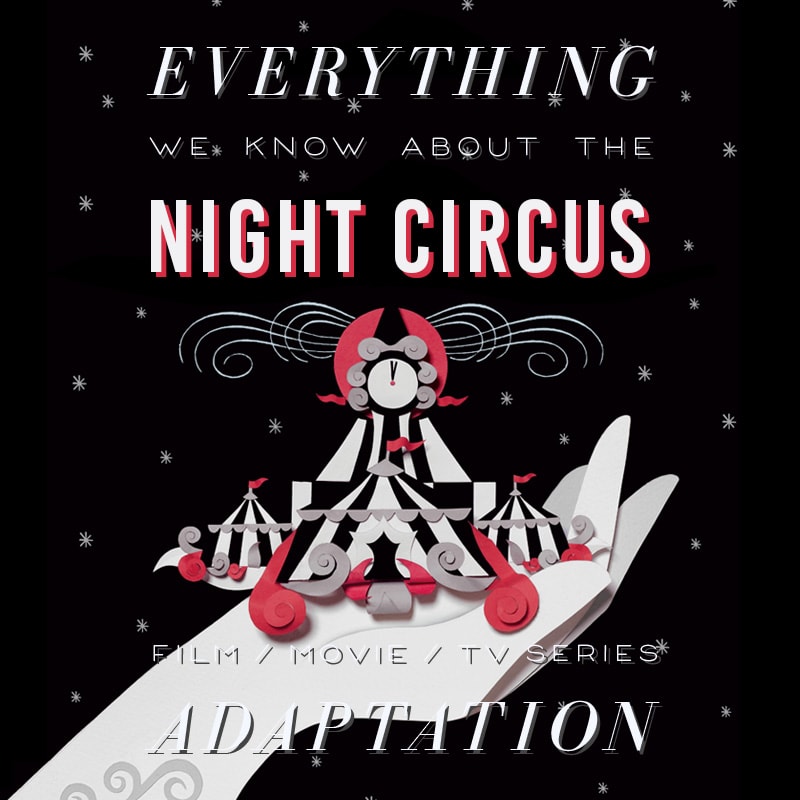 The movie adaptation of Night Circus by Erin Morgenstern has been in development for a long time, but does seem to slowly be making progress. Here’s what we know:

In The Night Circus, two magicians are engaged in a rivalry that takes place via their proteges. They each select an apprentice to serve as their proxy, and those students compete by displaying their magical abilities in exhibits at a wandering magical circus called the Cirque des Rêves, the Circus of Dreams.

Celia is chosen as the competitor for her father, Prospero the Enchanter. Meanwhile, Mr. A.H. selects Marco, a boy plucked from a London orphanage, to represent him. The two apprentices feel an attraction towards each other, knowing full well that they’ve been selected as rivals. But in due course, Celia and Marco find out that it is not merely a casual competition and the stakes are much higher than they previously understood.

See the review of The Night Circus from The Bibliofile.

The Night Circus was written by Erin Morgenstern during a round of NaNoWriMo, a month-long writing challenge, and was published on September 13, 2011.

What format will it be? Will the Night Circus adaptation be a Movie or a Series?

Summit Entertainment, owned by Lionsgate, owns the film rights to The Night Circus. David Heyman, who also served as a producer for Harry Potter, and Jeffrey Clifford are producing the movie under the Heyday Films banner.

Moira Buffini wrote the first screenplay for The Night Circus. Later, Annie Baker was brought in to write the most recent draft of the script.

Eirk Feig from Summit has stated regarding the adaptation:

“The Night Circus sets a spell on the reader from its very first page and we cannot wait to find the right filmmaker and cast to make the world come as inordinately alive as it does in the mind’s eye.”

Since then, in February 2019, Geremy Jasper has signed on to direct the feature film. Jasper previous directed the film Patti Cake$ (2017).

What’s the status of the Night Circus adaptation?

The adaptation is still early in the development process.

Currently unknown. Still a bit early for that.

January 7, 2011 Summit Entertainment acquires worldwide film rights for The Night Circus after the novel gains a lot of traction during the Frankfurt Book Fair prior to its release.

February 21, 2012 Moira Buffini is assigned to adapt The Night Circus for the screen as the scriptwriter.

February 27, 2019 Geremy Jasper is brought on to direct The Night Circus adaptation.