The Man Who Lived Underground

Book review and synopsis for The Man Who Lived Underground by Richard Wright, A (very literary) story about man who is coerced into a false confession and flees to live in the sewers.

The Man Who Lived Underground by Richard Wright, originally written in the early 1940's, is about a black man who is coerced into a false confession by the police. He then flees into the sewer system, where he is able to set up a makeshift camp for himself and explore the many underground tunnels.

The one paragraph version of this: Fred Daniels is a black man who gets accused of a double homicide, and the police beat him until he is semi-conscious to coerce him to sign a false confession. He is able to escape into the sewers, where he sets up a makeshift camp. In the tunnels, he dig holes in walls to access various businesses where he steals money, valuables, tools, food and water, etc. He later sees others get falsely accused of these crimes, and finally leaves to turn himself in. By now, the police have found the real perpetrator of the double homicide and are worried that Fred will reveal to others that they framed him. They take him back to the sewers and shoot him.

Fred Daniels is a young black man who gets accused of murdering a couple in their home, the Peabodys, and stealing their money. When he denies it, three policemen -- Lawson, Murphy and Johnson -- beat him badly until he is drifting in and out of consciousness. The D.A. then tells him to sign a piece of paper, guiding Fred's hand, which turns out to be a false confession.

Afterwards, they decide to take Fred to see his pregnant wife (to protect against accusations of mistreating him). When his wife learns what has happened, the stress causes her to go into labor, and they rush her to the hospital. While they're there, Fred sees an opportunity to escape, and he does. Out on the streets, Fred ducks into the sewers to hide from the police once they realize he's gone. He finds a dry cave-like area to set up camp. As he explores, he realizes that the tunnels in the sewer lead to the walls of basements around the neighborhood. By digging out bricks in the walls, he's able to get access to a number of basements, including that of the undertaker, a movie theater, a jewelry, a fruit shop, an insurance company, a church and so on. Through his experiences with the police, Fred has lost his sense of right and wrong and is grappling with the contradictions between his religious background and his new-found nihilism. Fred steals what he needs from these business but also very valuable stuff he doesn't need just to experience the sensation of stealing. Soon, however, Fred witnesses people being falsely accused of committing these crimes and of being beat up by the same officers that beat him up in order to coerce false confessions. After three days of being in the sewer, Fred emerges and decides to turn himself in. He walks straight to the police and asks to talk to the officers who had previously arrested him. By now, the actual perpetrator of the Peabody murders has been caught. As Fred offers himself up, the officers think Fred crazy. They initially tell him to leave, but one of them starts worrying that Fred is going to reveal to others that they had tried to frame him for the crime. Instead, they take Fred back to the sewers and shoot him.

The Man Who Lived Underground by Richard Wright is a novella published in April 2021, the truncated form of which was published as a short story in Wright’s Eight Men collection. Written in the early 1940’s, Wright’s publisher declined to publish it in its full form, fearing it was too graphic and controversial.

While many often discuss how this story was likely influenced by Dostoyevsky’s Notes from the Underground, Wright’s inspiration for the plot itself was from a true crime story published in August 1941 involving a string of unsolved robberies in the same neighborhood where no signs of burglary could be found.

In The Man Who Lived Underground, Fred is a man who has been forced to sign a false confession for murder, demoralized and treated in a way that leads him to understand that he no longer has a place in the world. As he flees into the underground, he wrestles with this new perspective and tries to reconcile it with things like his religious upbringing. In the meantime, he finds that through the sewer system, he can tunnel into the basements of local business and take what he likes.

There is a strong existentialist and nihilistic bent to the character of Fred once he is underground and no longer within the grasp of society. The injustice he experiences forces him to question his morals, his values, his perception of what is valuable in the world and his religion.

In a pandemic-ridden world where we are struggling to face our systemic racial inequalities and other incomprehensible things, The Man Who Lived Underground was almost a weirdly timely book. From his marginalization and unjust treatment at the hands of the police, to trying to understand the world in the face of tragedies, a lot of the sentiments and frustrations that the character expressed are easily translatable into present day. To me, this book was primarily about the demoralizing effect of police brutality, injustice and racism. The main character’s turn towards nihilism is likely relatable for those who have experienced similar things in their lives.

The Man Who Lived Underground is an aggressively literary and intellectual story. If taken at face value, the story seems somewhat ridiculous, so you really have to appreciate and try to understand what it’s trying to say to enjoy much of the story.

That said, if you do take the time to think about it, it really is a surprisingly (or perhaps, sadly) timely book which expresses a lot of the frustrations and sentiments we are dealing with in present day. While police brutality plays a part to the story, the protagonist’s feelings of being demoralized, detached and alienated from the rest of the world will ring true to many, regardless of race. One of the fundamental questions it seems to ask is, how does one exist in a world with such injustice? What is right or wrong in such a world?

Doubtlessly, this book has plenty of literary value, but nevertheless, it still limits the people who I would recommend this to. And while it makes sense to publish this as a part of Wright’s literary cannon, it should be noted that the short story version of it explores much of the same stuff. Still, if you liked books like The Old Man and the Sea and stuff like that in English class, then you’re probably the type of person who will enjoy dissecting something like this.

See The Man Who Lived Underground on Amazon.

Read the first pages of The Man Who Lived Underground 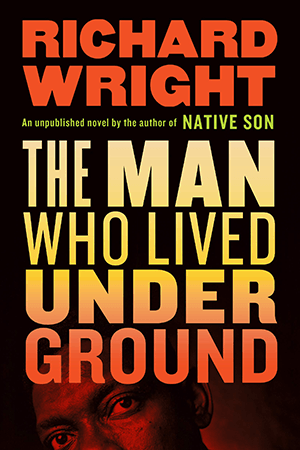