Main / Books / News of the World

News of the World

Book review and synopsis for News of the World by Paulette Jiles, a heartfelt story of a journey across Reconstruction-Era Texas for two unlikely companions.

News of the World is the story of a journey across Reconstruction-Era Texas from Wichita Falls to San Antonia for two unlikely companions. Captain Kidd is an older war veteran and Johanna is a ten-year-old white girl who has been recaptured from the Kiowa people, a Native American tribe, that has been raising her as a captive.

It's a gentle but engrossing narrative about the Texas frontier and a bond between two lonely survivors.

In News of the World, in 1870, Captain Jefferson Kyle Kidd is a veteran who makes a living traveling across small towns in North Texas, reading out news stories to audiences for a dime per person. He feels a little bored and depressed about his life. In Wichita Falls, he agrees to escort home a ten-year-old white girl who has been recaptured from the Kiowa (Native Americans). The girl speaks only Kiowa, and her remaining family, an aunt and uncle, are German and live near San Antonio.

On the road, Kidd names the girl Johanna. They come across soldiers who roam the state. Texas currently in the midst of the Reconstruction and is under military rule. In Spanish Fort, Johanna goes missing while Kidd does a reading. Kidd finds her near a river, shouting out to a passing Native American tribe, though the tribesmen can't hear her over the roar of the river. Kidd grabs her, and they leave.

Kidd is an veteran of multiple wars, starting with the War of 1812. He later joins the messaging corps as a runner, carrying information, a job that he loved. He later moved to San Antonio, where he ran a print shop and met his late wife, a woman from a old Spanish family, and they have two daughters, Elizabeth and Olympia. The print shop was closed down due to the government temporarily taking over the press. In Dallas, Kidd writes to his daughters about reclaiming property left to them by their mother. Due to the difficulties of registration and the changing governments in Texas, they do not have clean title.

After the Dallas reading, a man, Almay, who has followed him from Wichita Falls, offers to purchase the girl (for trafficking). Kidd pretends to consider it to buy himself some time and leaves with Johanna immediately. However, Almay catches up to them with two other men, and there's a shootout. Kidd is outgunned, but Johanna gets the idea to put coins in the shotgun shells to make them more powerful. They kill Almay, wound the others, and ride off. As they travel, Kidd starts teaching Johanna English, and she also recalls bits of German from her childhood.

Politically, there is currently a rift among the Republicans between two camps, Davis and Hamilton, and Kidd tries to avoid politics in his readings to avoid getting people worked up. However, in Durand, the crowd breaks into a fight over politics during Kidd's reading. The city is also is in a state of lawlessness. Davis removed the city's local government and police (for being Confederates), but didn't send replacements. Instead, a band of men act as the authority there, though one of them, John Calley, expresses a desire to Kidd to pursue more honest work.

In Lampasas, Kidd and Johanna skip town to get away from a troublemaking band of brothers, the Horrell Brothers. At his readings, Kidd starts having Johanna collect dimes at the door, a task she's good at. Kidd notices how much happier he feels now.

When they finally arrive at the home of Johanna's aunt and uncle, the Leonbergers receive Johanna dispassionately. A neighbor tells Kidd that they are unlikely to adopt her and will work her hard. Before Kidd leaves, he goes back to see Johanna carrying a heavy bucket in the dark with lash marks on her arms. Furious, Kidd takes Johanna back and they head back north.

Kidd and Johanna continue their wanderings until Kidd's children move back to Texas. The print shop is reopened. Johanna tries to be happy as a proper white girl, but isn't. However, John Calley comes to visit and falls in love with her, now 15. They marry and become cattle drivers together, which Johanna is better suited to. The book ends with Kidd dying at an old age, asking to be buried with his "runner's badge" in his will.

News of the World by Paulette Jiles was published back in 2017, but it’s a book I’ve been wanting to read for a while.

It’s an uncomplicated and enjoyable read that transports you Reconstruction-era Texas with an easy swagger and charming drawl. For historical fiction fans, it works in a lot of detail about the quickly changing landscape of Texas in this period of time.

If you’re not familiar with it, Texas is a state with a wonderfully colorful history. Most people have heard about the Alamo, but the stories of Texas history run deep and varied due to the shifting governments and the many nations that have claimed sovereignty over its lands. (Six Flags originated as “Six Flags over Texas”, named after Texas having had six different flags that have governed it: Spain, France, Mexico, the Republic of Texas, the Confederacy and the U.S.)

I grew up in Texas, where we’re required to learn about this stuff, but even so, Jiles’s precise details about Reconstruction-era Texas gave the story such a great sense of presence which make the story come alive.

The plot is a well-worn formula of two people forced to journey together with some obstacles in the way, and the characters are lovely but uncomplex. It all makes for a fairly simple and unchallenging story, but it’s got a lot of heart and enough of a sense of adventure to keep things interesting. 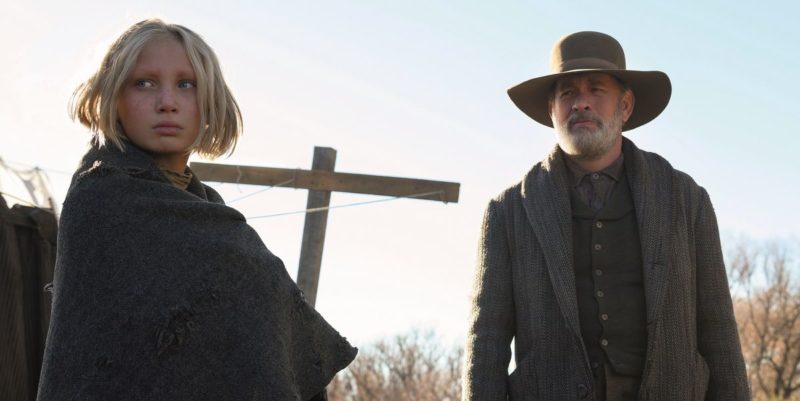 Tom Hanks in the “News of the World” Adaptation

I enjoyed this gentle and heartfelt tale, with its healthy doses of adventure, history, and Texas charm. It’s a quick and easy read, and it’s one that I think appeals to a fairly general audience.

It’s unlikely to be the most earth-shattering book for anyone, and there’s kind of a generic-ness to the plot that makes it feel a bit simplistic. However, I think for a book to spend a few hours with on a quiet afternoon, it’ll serve that purpose just fine.

I liked it, and I would definitely recommend it to some people, especially those I know from Texas, who are looking for an unchallenging but interesting read.

See News of the World on Amazon.

Read the first pages of News of the World 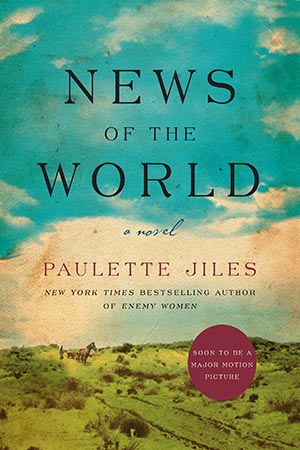