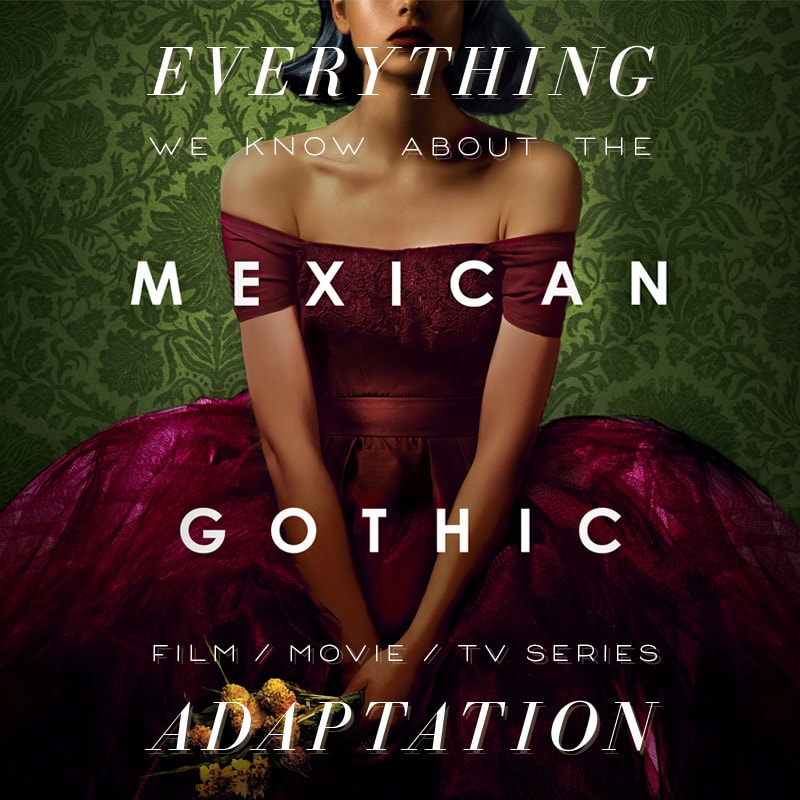 Mexican Gothic is being adapted into a limited series on Hulu. For all the details on the film adaptation of this gothic horror novel by Silvia Moreno-Garcia, here’s what we know so far about the Mexican Gothic adaptation:

In Mexican Gothic, Noemí Taboada is a young and wealthy socialite, who receives a concerning letter from her newly-married cousin, Catalina. Catalina has written asking for help. She sees ghosts and believes that her husband, Virgil, is poisoning her. Virgil Doyle comes from a once-wealthy family that has run out of money.

Noemí heads up to the mountainside mansion where the Doyles reside. Before long, she starts having visions, hallucinations and dreams of a golden woman in the walls. Meanwhile, in town, rumors abound about the cursed Doyle family and their sordid past. In this atmospheric and creepy tale, Noemí finds herself faced with the secrets hidden in this inhospitable place and among this strange family.

Mexican Gothic was published in June 2020.

See the summary and review of Mexican Gothic from the Bibliofile.

What format will it be? Will the Mexican Gothic adaptation be a Movie or a Series?

It’s planned as a limited series, to be streamed on Hulu.

Hulu and ABC have optioned the series, to be aired on Hulu. Kelly Ripa and Mark Consuelos’ Milojo Productions and ABC signature studios are developing the series for Hulu.

Author Moreno-Garcia will serve as an executive producer.

What’s the status of the Mexican Gothic adaptation?

The adaptation is currently in its early stages. Development of the limited series began in August 2020.

As of August 2020, it sounds like things are still pretty up in the air when it comes to a lot of the details of the show. From author Moreno-Garcia: “As far as what the show will cover, we haven’t done much planning for it yet. We’re thinking it will be between 8 and 10 episodes max at this point. We need to find a screenwriter or screenwriters and figure out the story structure, which we haven’t mapped out yet. We also haven’t decided whether the story will be linear or non-linear but it is supposed to be a self-contained TV mini-series. Because of the time length that we are talking about, there’s probably going to be an expansion of certain storylines that is not present in the original novel, but we haven’t gone in and said exactly what that might look like.” 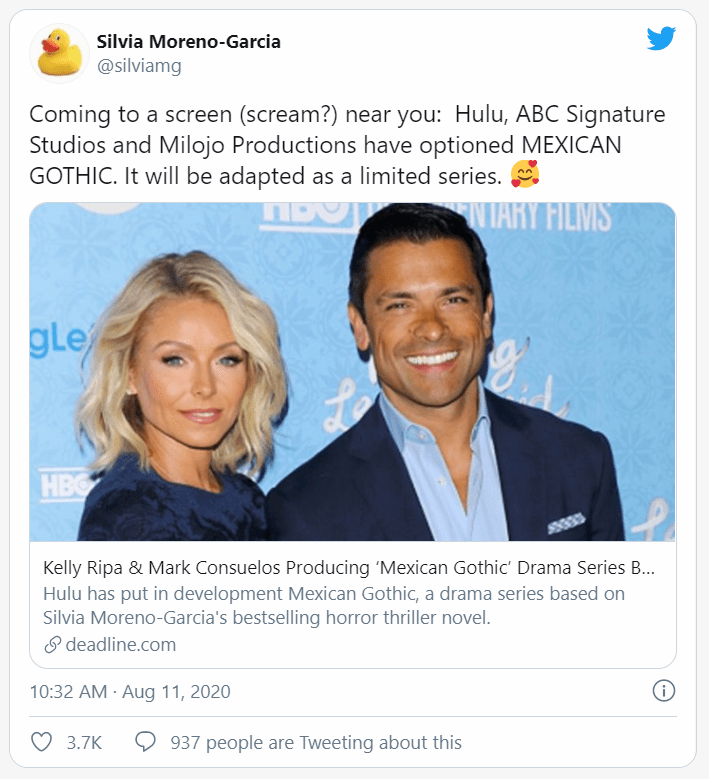 August 24, 2020 Author Silvia Moreno-Garcia discusses the upcoming adaptation in an interview and expectations for the Hulu series.