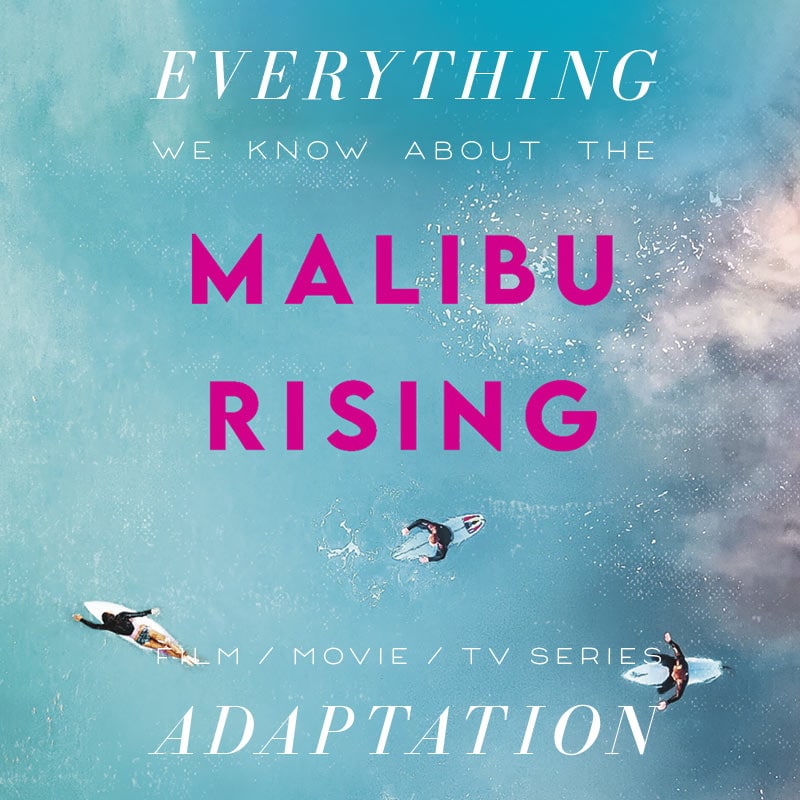 Malibu Rising by Taylor Jenkins Reid has a TV series in development at Hulu. For all the details for a potential jump to the small screen for this book, here’s what we know about the Malibu Rising Hulu Series:

In Malibu Rising, four famous siblings throw an epic party each year. However, this time around, this one will end in a fire that will set Malibu aflame.

Nina Riva is swimsuit model, whose husband has recently left her. Jay Riva is a professional surfer. Hud Riva is a photographer, and Kit Riva is a junior in college. And the siblings’ father is legendary musician Mick Riva.

In this family drama detailing the history of the Riva family and a 24-hour period that will change them all, Taylor Jenkin Reid brings us a story about family, love, heartbreak, surfing and one unforgettable party.

See the Full Review and Summary of Malibu Rising from The Bibliofile.

What format will it be? Will the Malibu Rising adaptation be a Movie or a Series?

Hulu obtained the television rights to Malibu Rising prior to the book’s release. Liz Tigelaar (showrunner and creator of Little Fires Everywhere) is executive producing the series. Amy Talkington has been tapped to write the adaptation and will also executive produce.

What’s the status of the Malibu Rising adaptation?