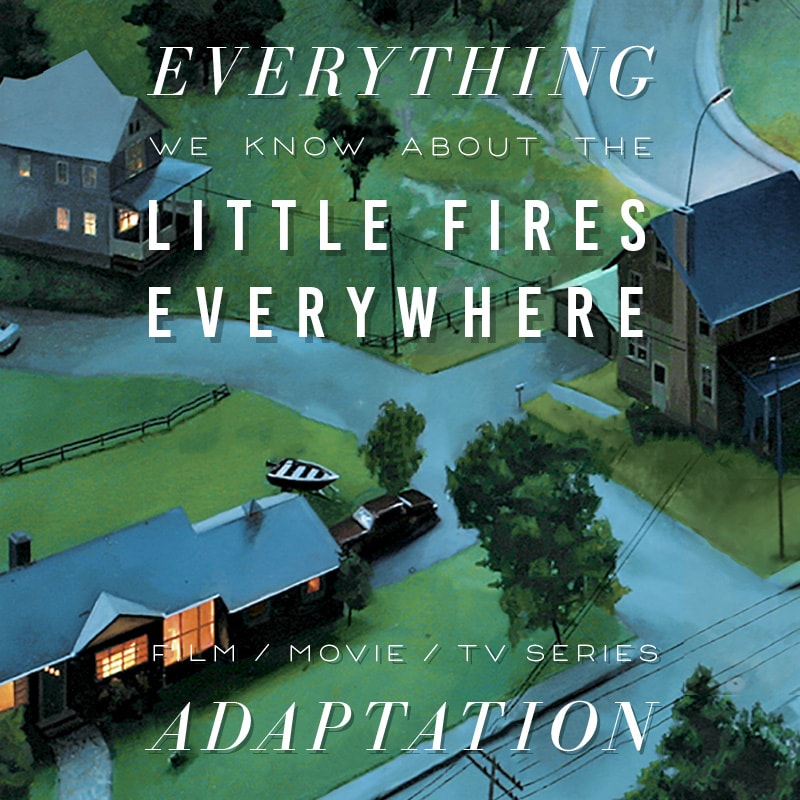 If you’re wondering about a potential Little Fires Everywhere movie or limited series adaptation, here’s what we know about the Hulu series that’s in the works:

Little Fires Everywhere by Celeste Ng is about a town has been divided over a thorny issue involving the adoption of a baby by a couple in the neighborhood. While the couple is well-off with good intentions, the birth mother has been searching for her baby since she left her at fire station in desperation and then subsequently realized her mistake a few days later. It’s a story about adoption, motherhood, race and social divisions.

See the Full Summary and Review of Little Fires Everywhere from the Bibliofile. 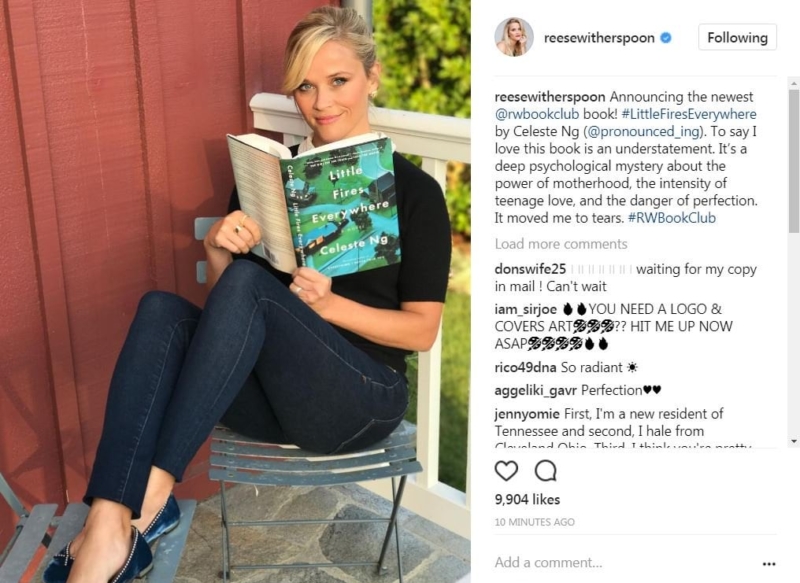 What format will it be? Will the Little Fires Everywhere adaptation be a Movie or a Series?

Reese Witherspoon and Lauren Neustadter discovered Little Fires Everywhere before the novel was even published in September 2017. In March 2018, Witherspoon’s Hello Sunshine production company and Washington’s Simpson Street and ABC Signature Studios announced they were teaming up to produce this adaptation.

Later that month, in a competitive bidding war, the limited series was acquired by Hulu to be aired on their streaming service.

The script is written by Liz Tigelaar, who also serves as showrunner for the series. Tigelaar recently served as executive producer and showrunner of Casual, another Hulu series. She also previously wrote episodes of Casual, Revenge and Bates Motel, among other shows.

“Celeste wove a beautiful, riveting story that spoke to all of us, and when we heard the vision Reese, Kerry and Liz have for the series, we knew immediately that we had to bring it to Hulu.” “We’re honored to bring this powerful story to the screen with Hello Sunshine, in their first studio project. This is exactly the type of compelling and culturally relevant content that embodies our Hulu Originals brand.”

What’s the status of the Little Fires Everywhere adaptation?

The first season (2020) of Little Fires Everywhere is done filming and in post-production.

Reese Witherspoon and Kerry Washington are heading with the cast with Witherspoon playing Elena Richardson and Wshington playing Mia Warren. Other cast members:

It’s planned for a release on Hulu in 2020, but no exact date is available yet.

Day 1 on this dream project with this amazing cast and crew! So excited to act and produce with my friend @kerrywashington on this adaption of @pronounced_ing’s #littlefireseverywhere. Can’t wait to start filming! Stay tuned for more updates #little🔥

May 20, 2019 Joshua Jackson joins the cast of Little Fires Everywhere.