House of Leaves Movie: What We Know 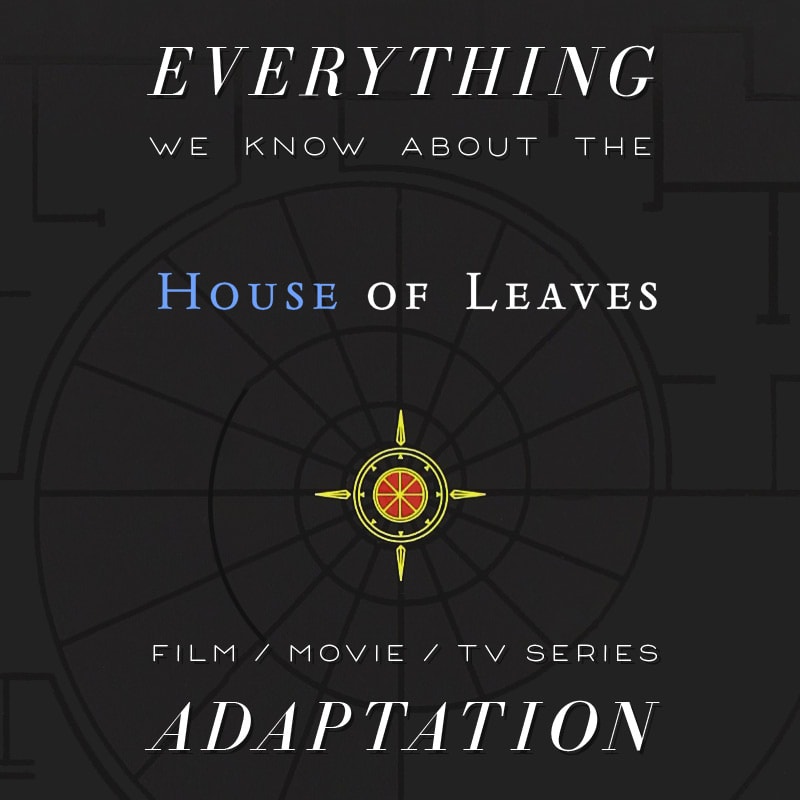 Mark Danielewski’s House of Leaves is one of those books where everyone would love to see a movie (or perhaps a limited series) adaptation of it, but anyone who has read the book probably also recognizes it would be incredibly difficult to get it right. Author Mark Danielewski has indicated that an adaptation is unlikely. Still, here’s what we know about any potential House of Leaves adaptations thus far:

House of Leaves is a work of post-modernist fiction that consists of two main nested stories. Johnny Truant, a drug-addicted tattooist, finds a manuscript about a possibly fictional documentary called The Navidson Records.

In The Navidson Records, Will Navidson moves his family — him, his wife and two young children — into a house in the suburbs, but discovers a door that leads to a dark hallway and, from there, a shifting, dark labyrinth hidden inside. Navidson’s attempts to explore and document the house’s inexplicable interior are what result in the Navidson Records.

See the Bibliofile’s review of House of Leaves. I had mixed feeling about the book, but I would be totally curious to see an adaptation of it. I also have to admit that it’s a story that’s stuck in my head long after reading it.

What format will it be? Will the House of Leaves adaptation be a Movie or a Series?

Who knows! There really isn’t anything formally in the works, so it’s impossible to say. That said, Mark Danielewski has said that he’s written a number of screenplays for a potential series adaptation and released a pilot for a potential series as well (though it’s not optioned, which means there’s no production company that owns the rights to it).

The book has not yet been optioned.

What’s the status of the House of Leaves adaptation?

The adaptation is currently not happening as far as I know, sadly. Author Mark Danielewski says he has screenplays written for a potential movie and for a pilot for a series (see tweet below or view the mirror), but without a production company attached it means nothing is really in the works.

The word on the street regarding the pilot screenplay he released is that Danielewski was “approached by some studio or other and was initially, cautiously on board for a screen adaptation, but hated the direction they were taking things in, never ended up selling them the rights, and produced this instead as some kind of mental exercise.”

THE FAMILIAR giveaway for new readershttps://t.co/7FeUsi5Tl7

(As a sidenote, there is a Kevin Bacon / Amanda Seyfried movie called You Should Have Left that came out not too long ago that seems to hit a few plot points — with a house that contains a sinister force and that’s larger in the inside than the outside, etc. — that’s reminiscent of House of Leaves if you’d like something to whet your appetite in the meantime. It’s based off a novella apparently and got pretty mediocre reviews, but still. Worth checking out the trailer at least to see if it interests you.)

July 3, 2018 Mark Danielewski releases a PDF of a pilot he wrote for a series adaptation (but was written “as an experiment” as opposed to as part of a development deal) (view the mirror).

December 2, 2019 On his (now defunct) Patreon page, Mark Danelewski offers up the scripts for additional scripts he has written