City of Girls Movie: What We Know 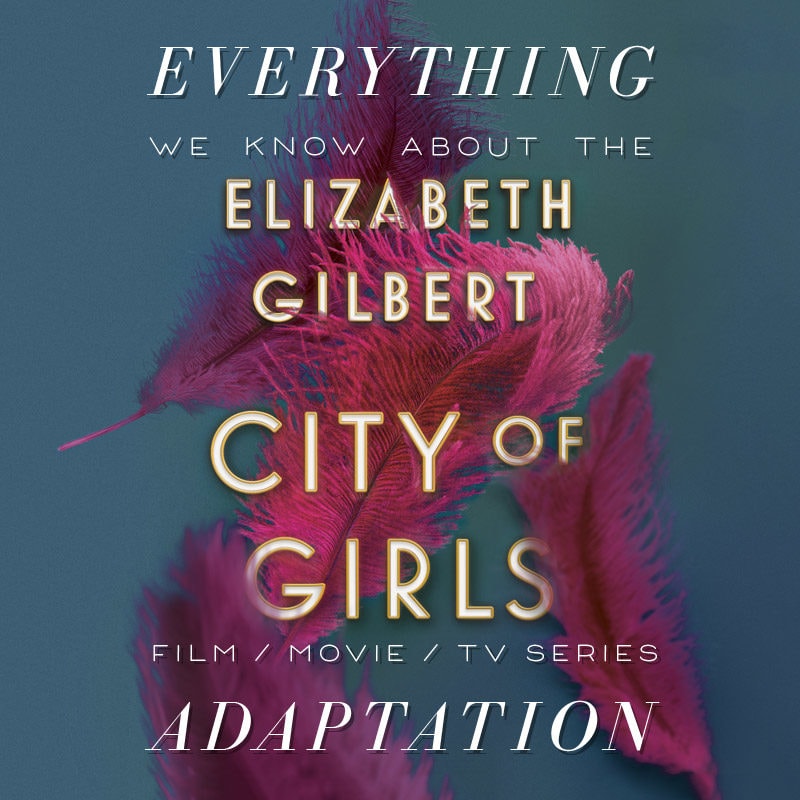 City of Girls is about a young woman, Vivian, who moves to Manhattan in the 1940’s. She becomes a costume director at her Aunt Peg’s theater, the Lily Plahouse. She’s drawn into the glamour and excitement of stage life, but finds herself caught up in its excesses as well. When Vivian finds herself in a sticky situation, she’s forced to grow up and gain some perspective on her life.

See the full summary and review of City of Girls from The Bibliofile.

City of Girls was released in June 2019 and is authored by Elizabeth Gilbert who also penned the bestseller Eat, Pray, Love.

What format will it be? Will the City of Girls adaptation be a Movie or a Series?

Warner Bros. Pictures have acquired the film rights on behalf of Sue Kroll‘s production company. Kroll has previously executive produced blockbusters such as A Star is Born and Birds of Prey (the Harley Quinn movie).

Michelle Ashford, creator of the Master of Sex TV series, is attached to adapt the screenplay.

From producer Sue Kroll: “Reading City of Girls was a very sentimental and nostalgic experience for me. Many of these female characters reminded me of the glamorous, unconventional and artistic women who my father, theater critic Jack Kroll, and my mother knew. Having grown up hearing stories about the inner circles of New York’s theater and art world, I’m very excited to bring this novel to the big screen as it is a world I long to revisit.”

From author Elizabeth Gilbert: “I’m thrilled to be working with the inimitable Sue Kroll and the brilliant Michelle Ashford on the adaptation of my novel. More than any book I’ve ever written, City of Girls always felt like it wanted to be a movie. The entire time I was writing the novel, I was picturing it on the big screen. Something about the glittering and glamorous sex-appeal of the New York City theater world in the 1940s just demands to be brought to life in the most vivid and shining way. The fact that this will be a female-led production makes me happier still, because City of Girls was always meant to be a story for women, and about women. My characters could not be in better hands with Kroll and Ashford. I’m over the moon.”

What’s the status of the City of Girls adaptation?

The adaptation is currently in the early stages. The rights have been acquired, and a producer and screenwriter are attached to the project.

November 4, 2019 Film rights to City of Girls have been acquired, to be adapted to the big screen.