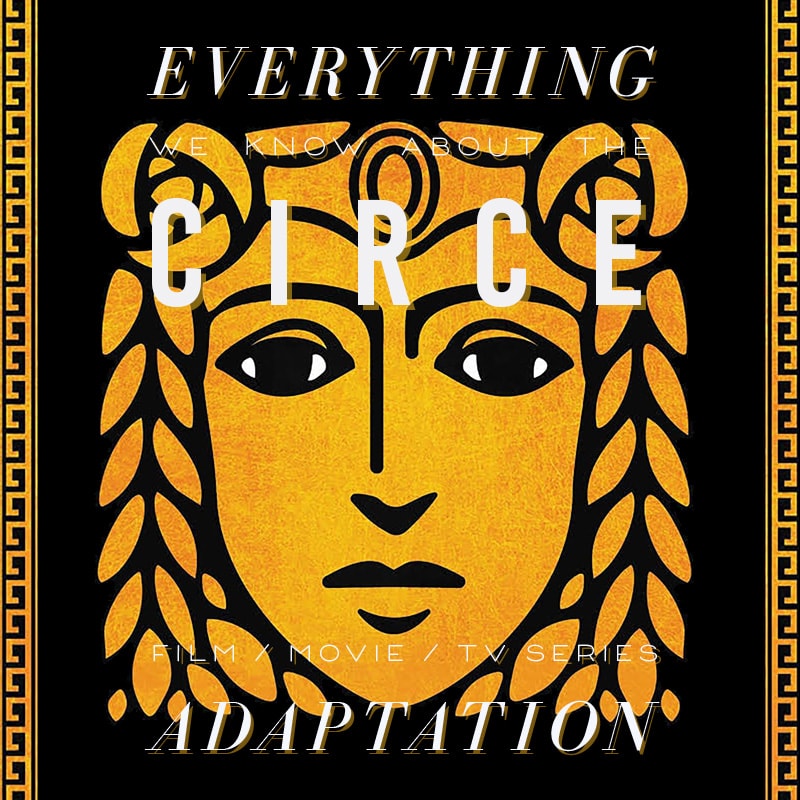 There’s a Circe limited series adaptation in the works at HBO Max, so if you were hoping for a Circe movie or film adaptation, here’s what we know so far:

Circe by Madeline Miller is the retelling of the story of the Greek goddess Circe, who is best known for her appearance in Homer’s Odysseus. In Homer’s version, Odysseus encounters her on the island of Aeaea where she is villainously doling out dangerous potions and turning men into pigs.

In Miller’s version, Circe is reinvented in a meaningful and imaginative way. Circe is born a goddess, but lacks the skills of her siblings, so she is largely shunned and ridiculed among the godly. When she falls in love with a mortal who, of course, is fated to age and die, she is desperate enough to experiment with a different and illicit type of power — potions and witchcraft, and with it she discovers her own ability to bend the world to her will.

See a full summary and review of Circe by Madeline Miller on The Bibliofile.

Published in April 2018, Circe was huge success, selling over half a million copies in the United States. (As a sidenote, it was my favorite book of 2018, so I strongly recommend reading the book before the show is released, especially if you love Greek Mythology.)

What format will it be? Will the Circe adaptation be a Movie or a Series?

It’s planned as an 8-episode limited series to be aired on HBO Max.

Circe will be written and executive produced by Rick Jaffa and Amanda Silver. Together, Jaffa and Silver have produced and written other big-ticket titles such as Rise of the Planet of the Apes and Jurassic World. Other upcoming titles arising from the Jaffa and Silver partnership include Disney’s live-action Mulan (2020) and the upcoming first two Avatar sequels (2021, 2023).

Chernin Entertainment is producing the Circe adaptation along with Endeavor Content.

Comments from HBO Max’s Head of Content Sarah Aubrey: “Circe tells an epic story of love, loss, tragedy and immortal conflict, all through the eyes of a fierce female lens.” “I’ve been a longtime fan of Rick and Amanda’s work and their ability to simultaneously build epic imaginative worlds while creating emotional dynamic characters. In partnership with Peter Chernin and Jenno Topping, we have the dream team to bring Circe to life.”

Toasting some thrilling news with my trusty water bottle: Circe has been optioned for a TV series!!! Flying back home after meeting with the fabulous team in LA, including the brilliant writers. More details soon! #excitedexcited #Circe #witchofaiaia

What’s the status of the Circe adaptation?

As of June 2021, Circe is currently in pre-production.

If you’re not familiar with it, HBO Max is the new streaming service from WarnerMedia. It includes from HBO, but also other WarnerMedia properties such as CNN, TNT, TBS, truTV, Turner Classic Movies, Cartoon Network, and Adult Swim.

October 6, 2018 Madeline Miller announces via Instagram that Circe has been optioned for a TV series (see above).

July 30, 2019 HBO Max orders a limited series adaptation of Circe to be streamed on their new streaming service.