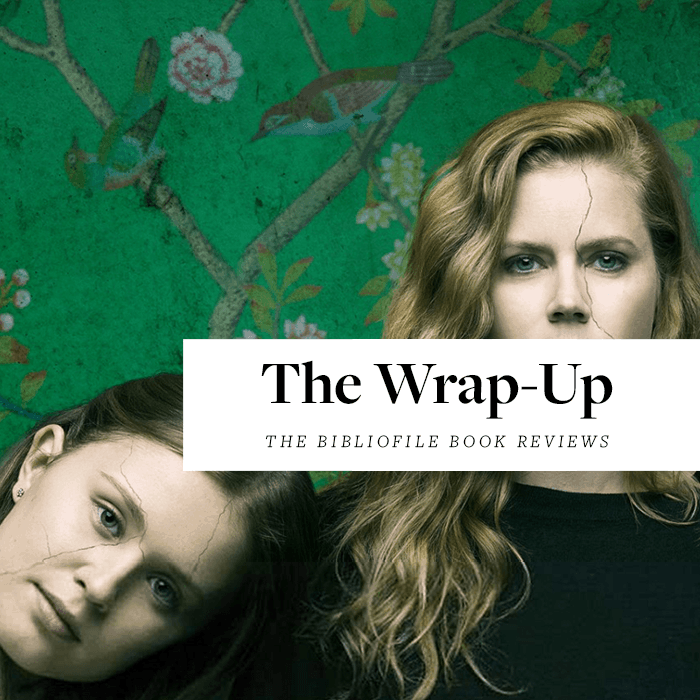 Happy Sunday, bibliophiles! Sorry for the misfire from the e-mail subscription list today/yesterday — I’m still trying to tweak the format of this subscription list, but in the meantime, here’s what’s new this week.

Book Review | Sharp Objects by Gillian Flynn – The HBO finale of the adaptation airs tonight, but here’s a quick review of the twisty, dark book it’s adapted from. It’s a quick read about a reporter who returns to her small hometown of Wind Gap, Missouri to investigate two potentially linked crimes — the murder of a young girl and another local girl who has recently gone missing.

Book Review | Spinning Silver by Naomi Novik – Spinning Silver is a recent release (July 10, 2018) that’s a loose retelling of the Brother’s Grimm version of Rumplestiltskin. It’s a magical, fantasical tale about three young women, one with the power to turn silver into gold, who hold the fate of their kingdom in their hands.

There have been a ton of great posts about reading and watching Crazy Rich Asians (movie came out earlier this month) lately but my favorite by far has been the breakdown of the Mah Jong scene by Jeff Yang (spoiler alert) for those of you who have watched the movie already. There’s a ton going on in that scene, the majority of which is fairly subtle.

Otherwise, I haven’t been all that enthused by any of the new releases lately, but that means it’s a good time to try to make a dent on the good ‘ol TBR. What new releases are you guys reading? Drop me a line in the comments if you have a rec!

Bridge of Clay Pre-Order Giveaway | Markus Zusak, author of The Book Thief, has a new book coming out October 9th, Bridge of Clay. If you pre-order it now, you can get a free Book Club Kit with some Bridge of Clay swag — a collectible print, pens, a notebook, coasters, etc. — perfect for a book club meeting! Signed versions of the book are also available. The giveaway ends “while supplies last” or when the book is released (10/9/18), so get it now!

The President is Dead by Bill Clinton and James Patterson

| If you’ve been thinking about picking up this title, Barnes and Noble is doing a Buy 1, Get 1 Free deal for James Patterson books right now! The reviews have been solid-ish but often with the caveat that, yes, it is a fairly political book. Most reviews liked it for what they saw as a few glimpses behind the scenes wrapped up in a political thriller, see For Winter Nights or The Real Book Spy.