By Hillary Clinton, A relatively benign memoir from a historical presidential candidate

In the Fall of 2016, I was hopeful. Like many, I felt secure in the belief that reason and human decency would prevail and that Clinton would win the election definitively. Having a female president was long overdue, but beyond that I genuinely thought she would be able to accomplish more than any other president I’d seen in my lifetime.

I love Barack Obama — moreso than any other politician alive unless you consider RBG a politician — but I preferred Clinton in 2008. I thought he didn’t have enough experience, and during his first term it did seem like he struggled to get the hang of and was often on the losing end of negotiations with the Republicans. Of course, in retrospect, their opposition and unprecedented disdain for our first black president probably played an equal if not greater part in it. Still, it seemed like it wasn’t until the last two years that he really hit his stride.

If he was able to do so much in the short time that he really figured out this whole presidency thing (no longer needing to campaign also helped), what would happen if we had gave someone a shot who had a proven track record, understood the system, had quite possibly the strongest grasp of policy above almost anyone else in government, was incredibly experienced and had an incomparable support system (Bill, Barack, etc.) of people with experience?

I genuinely thought she was going to blow everyone’s expectations out of the water, just as Barack did, with even greater success than him. After all, she would also be building off of his work (as opposed to him coming in after George W’s massive fuckup). So, I was hopeful. It would have been great for everyone in America and for every woman or girl who wants to lead.

Obviously, none of that has come to pass and the dystopian reality we live in now is somehow worse than even the most ardent Trump haters had imagined. Awesome.

What Happened is Hillary’s recounting of that historical interlude. She states plainly in the introduction that she is clearly biased — too close to the events, obviously — and the purpose is not to provide a political science-y type analysis of the campaign. Instead, it provides her version of the events. Reading it, it also felt as if after having her words and meanings and intentions twisted around in so many ways she needed to set the record straight from her point of view somewhere in order to feel at peace with the campaign.

Like Hillary herself, the book is not particularly flashy. There’s some entertaining anecdotes, but no spectacular reveals and salacious details that weren’t previously known. Instead, it fleshes out and provides detail and some measure of depth into stuff that she has been saying all along. I was pleased to learn that Bill Clinton loves organizing their book collection (a favorite past-time of mine as well), but there was very little about What Happened that came as a surprise.

Still, I appreciated her breakdown of events and explanation of policy stances, etc. To be honest, I don’t think this book will change anyone’s mind about Hillary. If you hate her, you will likely continue to hate her. This book seemed to be more for her supporters (and there’s one chapter that basically reads like a list of shout-outs), I do think it will provide some measure of closure for those people and hopefully some inspiration to keep fighting the good fight.

It’s strange how sharply her publication of this book has been criticized. It’s quite benign, really. It basically says, here’s what happened, I’ve made my peace and you should keep fighting. A vast majority of the book simply talks about the work she’s done or experiences she’s had that shaped their campaign platform or decisions. As with her stance on the campaign trail, any mention of Bill Clinton’s misdeeds is wrapped up in one sentence about Trump’s attempt to intimidate her, though she does address in depth the positives about her marriage.

To be fair, I am also a pretty biased reader of the book. I like her. I have always felt that I could relate to her, imperfections and all. Different parts of this book will speak to different people. Personally, her discussion of being a woman in politics was instructive for me. When she talks about being more “likeable” when supporting others, I get that. I’ve lived it, too, on a much smaller scale. When I’m in a job that’s primarily assisting someone else, I’m told I’m a rockstar, brilliant, and capable of great things. When I’m trying to be a leader and advocate for myself, I’ve been accused of being — borrowing from her list of adjectives — aggressive, difficult, emotional, irritable, manipulative and ambitious (“a word that I think of as neutral, even admirable, but clearly isn’t for a lot of people”, says Hillary).

It’s so strange that Hillary, who has spent her life advocating for others, needs to convince us that her caring is genuine. Again, I get this. I think there is something about an ambitious woman who genuinely cares about other people and their plight that does not mesh in people’s minds. Instead of being commendable, it’s seen as manipulative.

I think Hillary gets exasperated from time to time because she knows she’s the smartest one in the room but is being forced to defend herself the most, and quite frankly I think it’s completely understandable. We’re able to forgive so many men for much worse than that. But people hate her for that type of attitude and demand that she “take responsibility”! Give me a fucking break.

Anyway, this is actually the first political memoir I’ve read, ever. So perhaps I’m not the best person to review it. But I enjoyed it, and got something out of it, even if I didn’t find it all that ground-breaking. 3.7/5. 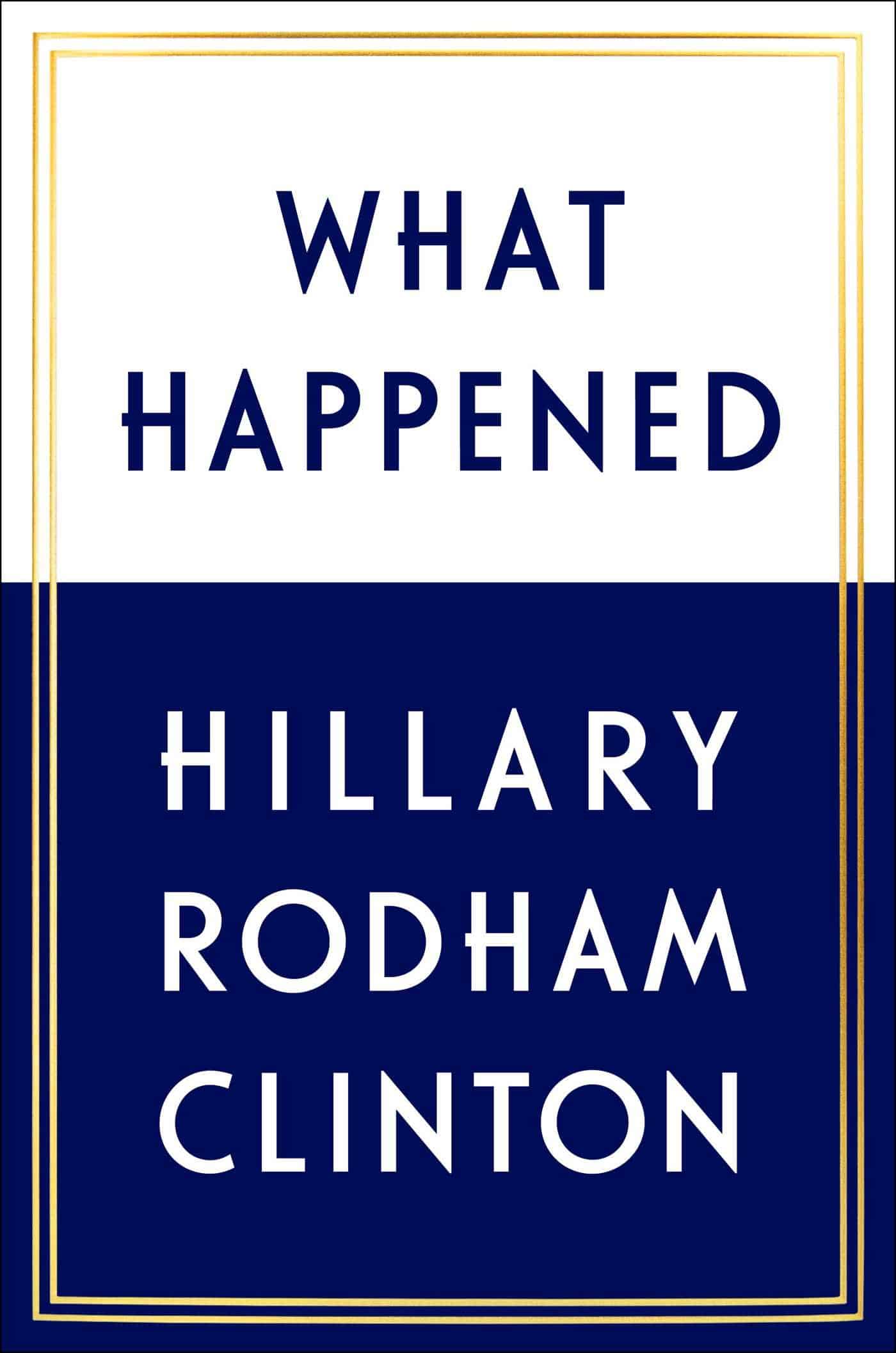 From the Publisher
For the first time, Hillary Rodham Clinton reveals what she was thinking and feeling during one of the most controversial and unpredictable presidential elections in history. Now free from the constraints of running, Hillary takes you inside the intense personal experience of becoming the first woman nominated for president by a major party in an election marked by rage, sexism, exhilarating highs and infuriating lows, stranger-than-fiction twists, Russian interference, and an opponent who broke all the rules. This is her most personal memoir yet.
Show More
See it on
Share This
social & email
New Reviews
recent releases
New Posts
recently posted
Discussion and Replies