The Tattooist of Auschwitz TV Series: What We Know 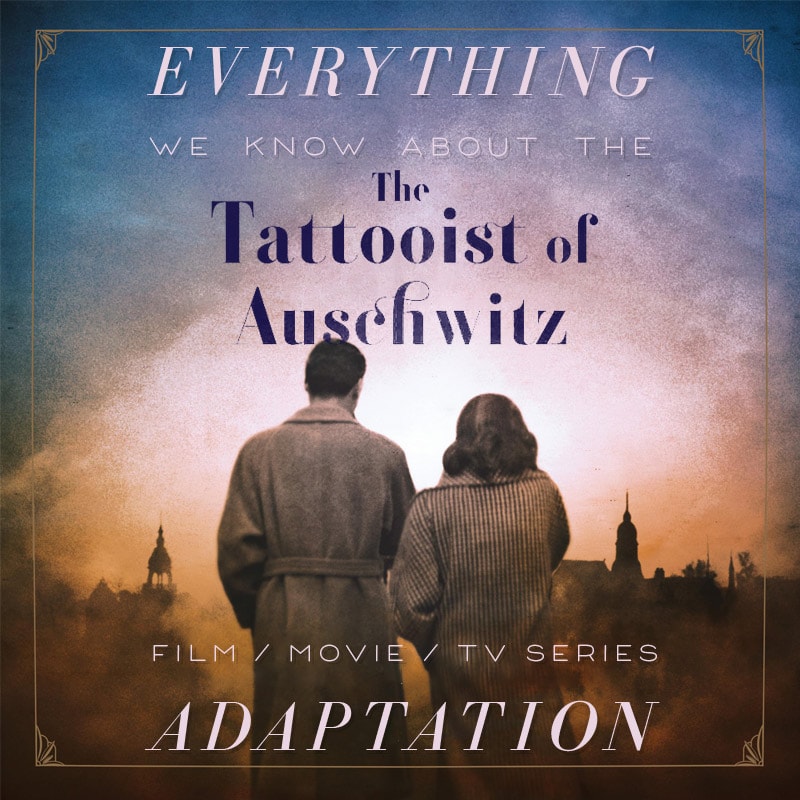 The Tattooist of Auschwitz is based on a true story about a Jewish man, Lale Sokolov, who is put to work as a tattooist at Auschwitz, the infamous German concentration camp. There, he meets Gita, a woman who is waiting to be branded with her identifying serial number, and he falls in love with her.

The story that follows is one about love, luck, survival and finding hope in the most impossible of places.

See the Full Summary and Review of The Tattooist of Auschwitz from The Bibliofile.

The Tattooist of Auschwitz was released in January 2018 and went on to sell over 3 million copies.

What format will it be? Will The Tattooist of Auschwitz adaptation be a Movie or a Series?

Roughly nine months after the book’s release, Synchronicity Films (a small U.K.-based production company) acquired the rights to the movie and announced plans to develop it into a “high-end” international drama series.

In its initial announcement, Synchronicity detailed its intention for the drama to be aired in January 2020, to coincide with the 75th anniversary of the closing of Auschwitz. However, that date has come and gone without any apparent progress in this project’s development.

Jacquelin Perske is listed as the screenwriter on the project.

What’s the status of The Tattooist of Auschwitz adaptation?

The adaptation is still in its early stages, and honestly seems to be stalling. There hasn’t been any news about the adaptation since its initial announcement in September 2018. Since then, there have been a number of problems that have arisen around the books, starting with claims about the novel’s historical inaccuracies.

More recently, in February 2020, there were reports that author Heather Morris and her publisher were potentially to be sued in connection with this book and the sequel to The Tattooist of Auschwitz, Cilka’s Journey.

The family of Cecilia Kovachova (née Klein) — the real-life Holocaust survivor that the character of Cilka was based upon — has been upset with her portrayal. Cilka appears as a character in both novels. In the books, she’s depicted as being raped and treated as a sex slave by the S.S. officers, all of which historians and her family have alleged to be false.

While none of this means that an adaptation into a series or movie can’t happen, the problematic aspects of the book may deter this project from going forward. Given the hostility to the book from both the Auschwitz Memorial Research Centre and family members of someone one of the characters was based upon, it probably doesn’t bode well for this adaptation.

Currently unknown, if ever.

In its initial announcement, Synchronicity detailed its intention for the drama to be aired in January 2020, to coincide with the 75th anniversary of the closing of Auschwitz. However, as of July 2020, there still haven’t been any further announcements about the project.

Not yet, if ever.

January 11, 2018 The Tattooist of Auschwitz (novel) is released.

September 19, 2018 Synchronicity Films to Bring The Tattooist of Auschwitz to the Screen

December 7, 2018 The Tattooist of Auschwitz attacked as inauthentic by camp memorial centre

February 24, 2020 Heather Morris threatened with legal action over The Tattooist of Auschwitz sequel