Main / Books / The President Is Missing

The President Is Missing

By Bill Clinton and James Patterson, An engaging political thriller that's not entirely cohesive but still manages to entertain and elucidate

The President Is Missing by Bill Clinton and James Patterson opens with the President of the United States testifying before a congressional committee. A military counterattack he ordered has resulted in the death of a CIA operative, and his decision-making is in question. But right when he’s dug himself into a hole, it’s revealed to be a ruse — this is actually a dry run, a mock hearing with staffers playing the roles of various representatives. The real trouble is yet to come.

In case there was any doubt, this book is one for the politicos and wonks out there, as you would expect any book co-authored by Bill Clinton to be. I’ve never read a James Patterson novel, but a political thriller that’s been fact-checked by a former President sounded compelling to me.

In The President Is Missing, President Jonathan Lincoln Duncan is fending off possible impeachment and the spectre of an imminent terrorist cyberattack when, through his daughter, a message is conveyed indicating the presence of a traitor among his close confidantes.

Unable to rely on those closest to him, President Duncan sets off alone to prevent an attack from a virulent computer virus with the power to wipe out electronic devices across the United States. With the clock ticking down on when the virus will activate and forces aligning against him, Duncan must gather his allies, find a way to stop the attack and figure out who the traitor is before it’s too late. 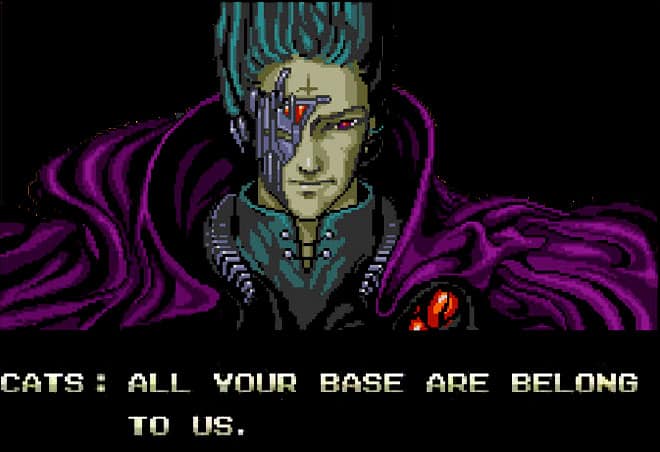 CYBERATTACK!!! For lack of a better photo

How political is it?

In terms of the book’s political leanings, it tilts left, but in a muted way and mostly just in the beginning. It is reticent when it comes to identifying political parties — the political affiliation of the fictional President Duncan isn’t explicitly stated (though his views are liberal), and I don’t think the words Democrat or Republican even appear in the text, which favors amorphous terms such as “my party” and “the opposing party” instead. A few politicized issues do come up in the form of various asides, but once the plot gets underway, any semblance of political leanings gives way to the bigger plot at hand.

The main “issue” in the book is cyberterrorism, which is fairly safe territory as far as partisan politics go, since both parties can probably agree we are collectively against it. Overall, I would say this book is probably safe for moderate conservatives. Hardliners probably won’t like the beginning or the last few pages, but those people are unlikely to consider reading a book by Clinton anyway.

If you’re not interested in politics at all, this may or may not be a pass for you. There’s a fair amount of political stuff in there — congressional committees, hearings, procedural details, political maneuvering, etc. — so the book, especially near the beginning, will probably be some combination of boring or confusing in parts. That said, a vast majority of the book is fairly standard action/thriller type stuff, so I think it’s something you can still enjoy even if you have no interest in politics.

While it’s not clear how much of The President is Missing Clinton actually wrote (the Guardian’s analysis seems to think it was mostly Patterson), you can guess that his influence is present in the details of various political procedures, in describing the fictional President’s relationship to the Secret Service or various members of his cabinet, and almost definitely when speaking frankly about political realities and frustrations — such as the relationship with the media or the pressures of partisan politics.

For me, these were the more interesting parts, but your mileage may differ depending on your level of interest in these things. I don’t think there’s any new information to be gleaned from these pages, but it’s still interesting to see how he chooses to frame or discuss these things.

I would also mention that these parts tend to be different in tone from the rest of it, which gave the book’s tone a kind of patchy Frankenstein-y quality. One minute the book is moralizing about the treatment of black people in America, and the next, it’s busy ogling an Asian prostitute.

I also found it curious that there seems to be some aspect of wish-fulfillment in the uncomplicated character of President Jonathan Duncan. He’s a lawyer, former pro-athlete, war hero, a true selfless patriot and a loyal husband. His only real crime is loving America so much he’s willing to risk his political career to save her. Clinton’s background is of course a bit more spotty; it’s hard not to smirk a little when the fictional President waxes poetic about how much he loves his late wife and his loyalty to her since even Clinton’s fans know that marital fidelity isn’t really his strong suit. 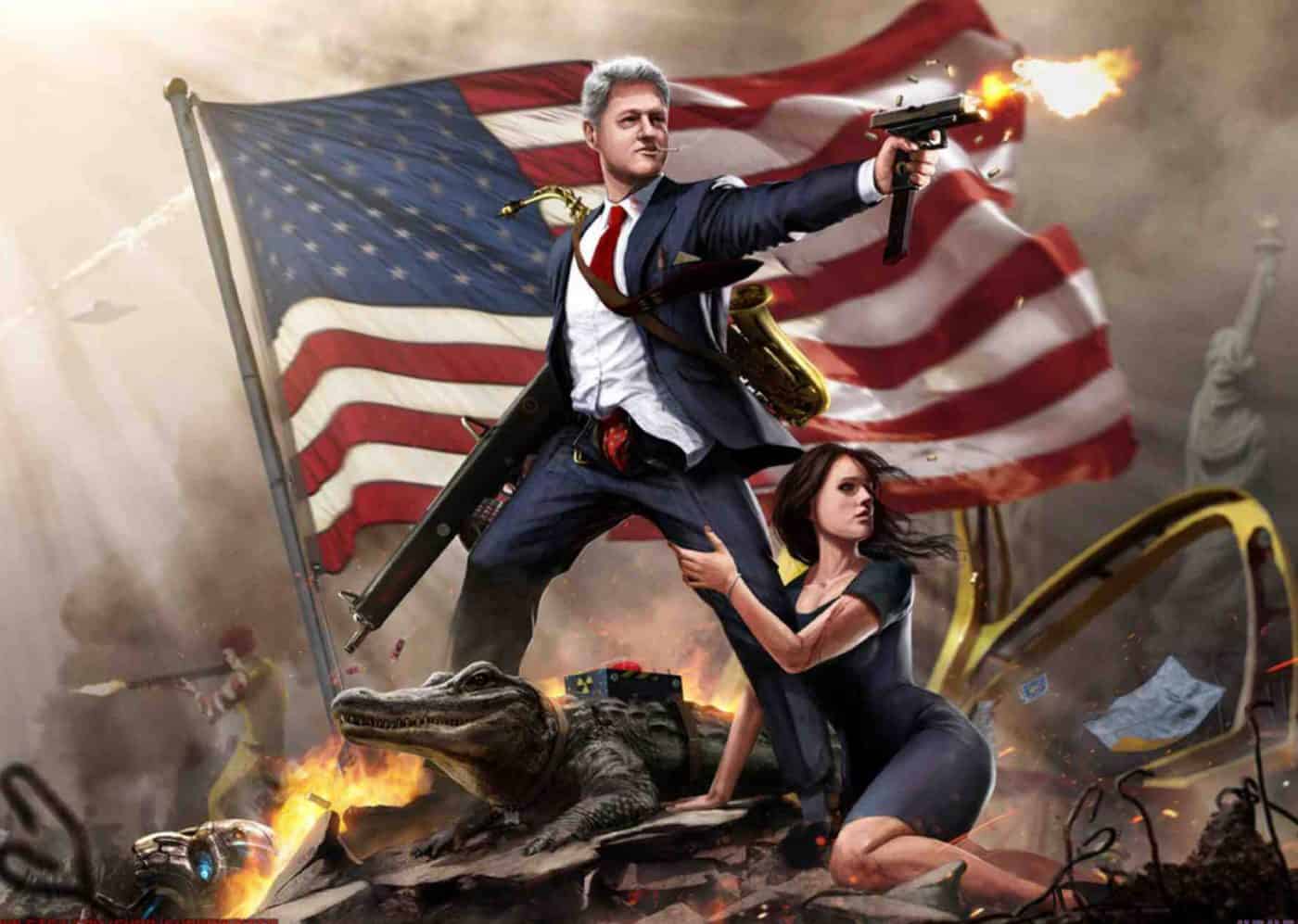 Stylistically, this book is very James Patterson-y, with its short chapters chock full of twists, turns, disguises, gunshots, explosions, surprises and betrayals, etc. The idea of the President cast as our daring action hero sounds a little silly, but he makes it work.

A lot of people really hate James Patterson for a variety of reasons but honestly I thought this book was fairly solid as far as action/thrillers go. It’s not very literary, obviously. Plotwise, it’s engaging and about as plausible as any other action/thriller-type story tends to be; it still requires some suspension of disbelief but not enough that it feels like there’s glaring plotholes. Once the story got underway, I ended up fairly engrossed.

Overall, the writing is fine but the quality varies. It’s easy to follow, sometimes clever and other times less so. There are asides or bits of information that are reflective or informative (though perhaps those are Clinton’s influences), mixed in with some schlocky parts that are a little trite or just clunky.

Patterson is also apparently infamous for his mixed metaphors, and yes they appear here too. These are exactly the type of thing that the general populace might not notice or would shrug off, but make literary types see red. At one point the President muses “One thing they never tell you about this job is how much it’s like your first roller-coaster ride—thrilling highs, lows lower than a snake’s belly.” If stuff like that bugs you, this may not be the book for you.

Read It or Skip It?

If you’re interested in politics and like action/thriller-type books, this book will probably be a win for you. Its slightly Frankenstein-like qualities — the tone, substance and quality of the writing varies wildly in parts (mostly while ramping up and towards the end, since the middle is mostly plot) probably due to having two very different authors at the helm — can be brushed aside if let yourself caught up in the plot and not worry about it.

I found this book generally entertaining and fun, despite it not being up my alley since I rarely read thrillers. I still wouldn’t read another Patterson book partially because I prefer my action/thrillers in movie form, though the book lover in me feels a deep sense of shame for saying it.

Have you read this or would you consider it? What did you think? 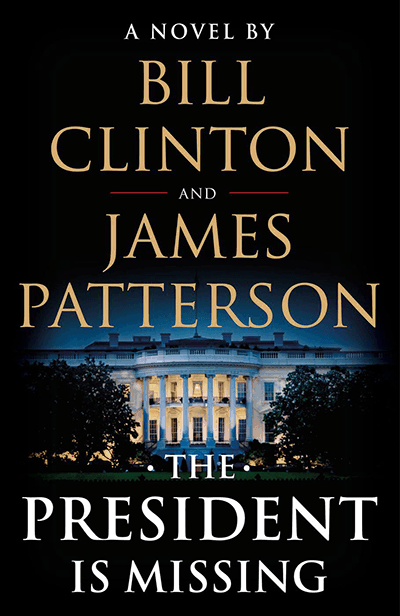 From the Publisher
The President Is Missing confronts a threat so huge that it jeopardizes not just Pennsylvania Avenue and Wall Street, but all of America. Uncertainty and fear grip the nation. There are whispers of cyberterror and espionage and a traitor in the Cabinet. Even the President himself becomes a suspect, and then he disappears from public view . . . Set over the course of three days, The President Is Missing sheds a stunning light upon the inner workings and vulnerabilities of our nation. Filled with information that only a former Commander-in-Chief could know, this is the most authentic, terrifying novel to come along in many years.
Show More
See it on Amazon
Share This
social & email
New Reviews
recent releases
New Posts
recently posted
Discussion and Replies