By Barbara Kingsolver, A Well-Written Story of A Missionary Family in the Congo

I promised, like three years ago, to Jessie that I would read something by Barbara Kingsolver, who she says is one of her favorite writers. So, true to my (procrastinating) word, I finally got around to and finished The Poisonwood Bible by Barbara Kingsolver earlier today.

The Poisonwood Bible is largely set in the Congo during its short-lived bid for independence from Belgium. However, the story actually spans three decades and is told through the wife and four daughters of a zealous preacher, Nathan Price, who move to a small village there, Kilanga, to do missionary work.

As one expects with these sorts of fish-out-of-water-type premises, it changes them more than they change it. It’s a well-written and thought-provoking story, though it is clearly bent on challenging certain Westernized, I guess, attitudes (for lack of a better word) and on criticizing the U.S. and other foreign involvement in the economic and political affairs in the Congo.

While most of the story focuses on the difficulties of the Price family, the political/social message comes through in bits and pieces and finally comes to light more fully as they are forced to flee. (There are also non-politically geared messages in the book as well — about people, human nature, etc.)

In short, Belgium colonized the place and essentially handicapped the country (by not allowing non-whites to get an education, not building infrastructure, etc.). After the people rose up and demanded their independence, President Eisenhower, in cahoots with other foreign leaders, gave orders to have the elected leader of Congo assassinated because these leaders of white men were unhappy with the negotiations regarding the sale of the country’s natural resources (diamonds, in particular). They fixed the following election to have him replaced with a puppet figure instead, and corruption ensued (the U.S. began building a power system in Congo they knew would fail in order to saddle the country with billions in debt, ensuring that the flow of resources would be unhindered in the future).

Overall, there is a lot to like about this powerful and compelling book. One of my favorite lines in the book occurs when a natural disaster occcurs. One of the daughters, Adah, is has a lame leg and her mother chooses to save another child, one who is not “crooked” like her. While Adah manages to survive, she recalls wanted to be saved and feels confusion that others, her mother included, would deem her undeserving of being saved. In Adah’s voice, Kingsolver writes that “even the crooked girl believed her own life was precious. That is what it means to be a beast in the kingdom.”

However, a gripe I had was that the book lacked a certain subtlety or sense of balance when it came to getting its message across and to depicting certain characters. Kingsolver’s characterization of Rachael as some vapid self-centered blond seemed kind of unfair. In fact, all behaviors of the characters that were native to Congo tended to be forgiving and understanding and behaviors that were used to characterize those from the U.S. took on a more judgmental tone — they were excessive, uncaring, etc.

While Kingsolver has skillfully crafted a story to show how our lesser angels can take hold of our behaviors and how people are often the products of our environment when it comes to its African characters, but for some reason created rather one-dimensional characters who only act out of arrogance and ignorance when it comes to its Western characters.

It’s an important message — that people often do what they have to do to survive and that people are capable of a wide gamut of behaviors, kind or unkind as they may be, and that certain environmental, social, economic and political circumstances can diminish or enhance those behavior. I just think it would have been a stronger one if extended to all its characters. 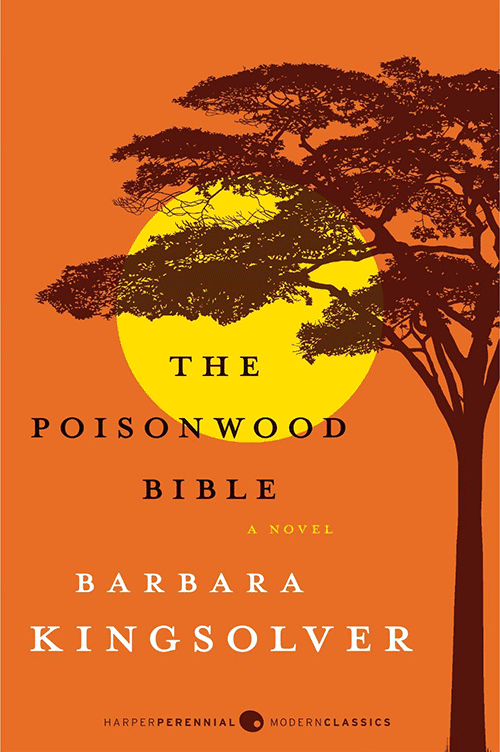 From the Publisher
The Poisonwood Bible is a story told by the wife and four daughters of Nathan Price, a fierce, evangelical Baptist who takes his family and mission to the Belgian Congo in 1959. They carry with them everything they believe they will need from home, but soon find that all of it -- from garden seeds to Scripture -- is calamitously transformed on African soil. What follows is a suspenseful epic of one family's tragic undoing and remarkable reconstruction over the course of three decades in postcolonial Africa.
Show More
See it on
Share This
social & email
New Reviews
recent releases
New Posts
recently posted
Discussion and Replies