I am about as close to an ideal reader could be for The Perfect Letter, a book written by Chris Harrison of The Bachelor and The Bachelorette fame. I enjoy chick lit from time to time, I’m a huge Bachelor/Bachelorette fan, I’m originally from Dallas, Texas (where the story is set), I read like a maniac, etc.

Moreover, out of loyalty and devotion, I pre-ordered a signed copy, and I was pretty set on trying to like this book.

Unfortunately, the book turns out to be a jumbled mess, a mix of The Notebook and Sweet Home Alabama with a convoluted murder/blackmail plot thrown in. There’s also some sex scenes and excessive and uncomfortable sexually degrading language tossed in there, which I can only assume he thought people wanted. Maybe? Who knows.

The writing itself is largely (surprisingly?) decent, though, but the problem is everything else; the plot, the characters, the motivations, the structure of the book could all use a lot of editing, editing, editing. 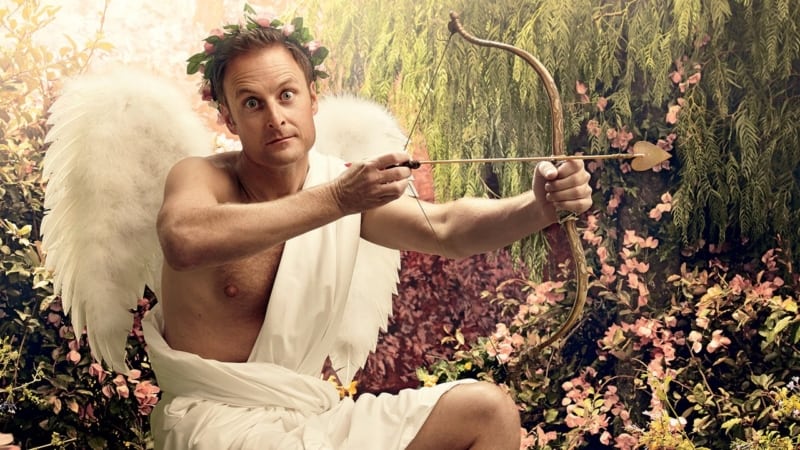 In The Perfect Letter, Leigh is a successful New Yorker who goes home to the South. Her boyfriend — attractive, successful, wealthy, loving and otherwise perfect — has just proposed. On top of that, she’s about to embark on a newer and better step of her career. Things should be perfect, but at home there’s her ex-sweetheart who has been out of the picture for years, so going home, of course, complicates things.

If you are familiar with the movie, “Sweet Home Alabama” you will recognize that if you exchange the word “Leigh” for “Melanie,” it describes the movie’s plot exactly. In fact, in both stories, the ex’s name is even Jake and in both stories he is described as a “stubborn ass.”

So, she’s a book editor and she goes home to Texas for a conference. From there, the plot is supplemented with some more dramatic elements. There’s a murder that our two lovebirds were once involved in, which Jake ended up going to prison for for ten years. But now he’s out. Then there’s a blackmail thing going on, linked with some other thing involving doping racehorces — it goes on and on and is not really worth describing in detail here. There’s also a nice chunk of pages that are pretty much a duplicate of some scenes from The Notebook.

The result is an objectively bad book. The romance parts are boring, largely because they feel very insincere. It’s strange and disappointing that after so many years of hosting the show that Chris Harrison doesn’t seem to have any meaningful insight on love and relationships to impart.

The character of Leigh I found pretty troubling. I couldn’t tell if it was bad writing or if Chris Harrison really doesn’t understand women at all, but her thought processes are bizarre to say the least. Also, I don’t care who it is, but no best friend would have the response of “haha, you hussy” to being told that you had just spent the last few days repeatedly cheating on your very serious significant other unless this was common behavior for you.

As for the action parts, I actually wish Harrison would have tried his hand at an action/mystery/thriller novel instead. Even though those parts made the book a little “weird,” those were actually the parts that sounded the most natural. I think he should try writing an action/mystery novel that takes place on a reality television set! With a good editor, that could actually be a good book. Hey, Chris Harrison, if you come across this, you are welcome to take that idea and run with it. I would read that book. 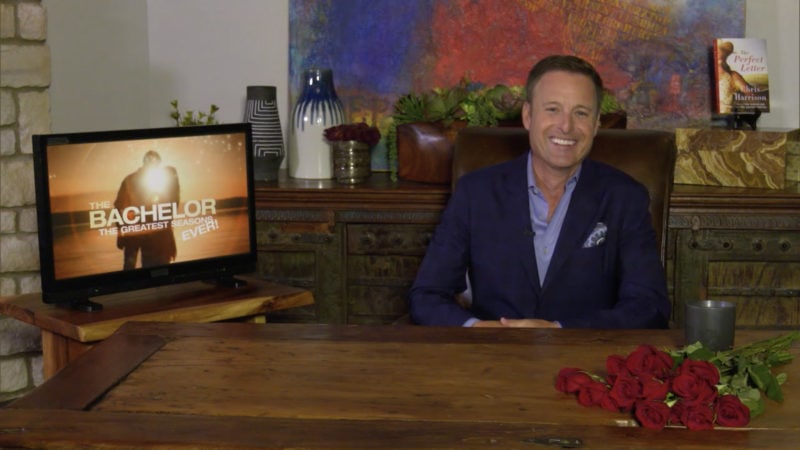 Chris Harrison Showing off The Perfect Letter on The Bachelor

Other remaining questions: was Chris Harrison paid to promote Harvard or something? I have never come across that word so frequently in a book that wasn’t about college admissions. Also, don’t include literary references to books you’ve never read! Crime and Punishment is not a book about prison.

In conclusion, Chris Harrison totally needs to be The Bachelor, but I can’t recommend this book to anyone. Props to him for finishing a book though!

Update 7/20: If you’re finding this review due to Google Search and Chris Harrison showing it off on The Bachelor Greatest Seasons Ever, please note that a) this review is probably a little harsh since I wrote it a long time ago when this blog was much, much smaller and b) wasn’t Sean Lowe such a great Bachelor? I miss him. Anyway.

See The Perfect Letter on Amazon.

For a final spoilerish thought, I was distracted by the fact that the book does not seem to recognize that Leigh is a cold blooded murdering psychopath. She seriously just murdered an unarmed and outnumbered man in cold blood. Even with the threat, there was no immediate danger. If someone threatens you, you call the police, you don’t just murder them, jeesus. Plus, she’s a remorseless cheater. 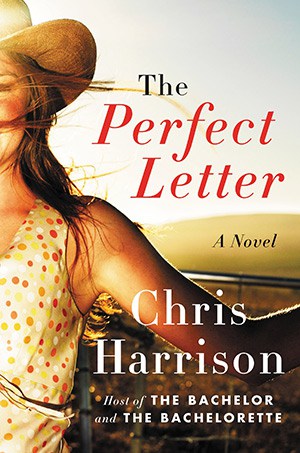 From the Publisher
As the longtime host of ABC's The Bachelor and The Bachelorette, Chris Harrison has learned a thing or two about romance. Now, in his debut novel, Chris draws on his unique insights and wisdom to explore the exhilarating experience of risking it all in the name of love. "The truth was something Jake said they should keep, always, between the two of them . . . " Leigh Merrill had spent ten years running away from her past. A talented young book editor on the fast track at a major publishing house, Leigh had been determined to build a life for herself in New York City—a life far from the hay-filled barns, swimming holes, and rolling hills of her grandfather's horse farm in Texas. And for the most part, she'd succeeded. This new life, one filled with books and parties and romance, was everything she'd dreamt of as a girl. Complete. Happy even, if Leigh considered the future she was building with Joseph, a brilliant, generous man who adored the very ground she walked on. Still, when the invitation arrived asking her to be the keynote speaker at the Austin Writer's Conference, Leigh couldn't ignore the nagging feeling that Texas, with all of its tangled secrets, was calling her home. Out of reasons to say no to a free trip, Leigh sees the conference as a perfectly timed escape—just a few days away to catch up with old friends, meet a few potential authors, and clear her mind. But Leigh's plans for a quiet retreat quickly dissolve when a stack of deeply personal letters from the past are left in her hotel room. After all these years of running, Leigh has nowhere to hide. In her hands she holds the letters that bare her soul and her secrets, the letters she wrote to one man, the love of her life—Jake. With her past and present crashing in around her, Leigh must decide just how much she's willing to risk for love. A remarkable debut by a modern-day love expert, The Perfect Letter is a must-read for Bachelor fans, and hopeless romantics, everywhere.
Show More
See it on
Share This
social & email
New Reviews
recent releases
New Posts
recently posted
Discussion and Replies