By Jennifer Egan, A Disappointing Attempt at a Literary Gothic Novel

In The Keep, author Jennifer Egan spins her narrative yarn in in the form of two nested stories. Ray is prison inmate enrolled in a writing workshop. In his writing, we find our second story, one about two estranged cousins who are undergoing a project to renovate a centuries-old castle into a hotel. The two cousins share a dark memory, and as they start to make progress, that secret comes colliding into the present and the two stories begin to intertwine.

What Egan does best is capture that idea of Gothic romanticism and horror. The castle itself, with its dark tunnels and solemn fortress, is vivid with imagery and the tone of novel is infused with an anxious feverishness that is uniquely Gothic. (This is the end of the positive things I have to say about this book.) Unfortunately, despite the lush environment, it’s just not enough to compensate for the shallowly drawn characters and discombobulated plot. None of the motives for the actions of any of the main characters or sub-characters seem understandable, and to the extent they are explained, they don’t seem to shed much light on what’s going on.

Central to the story are the two cousins, Danny and Howie (now goes by Howard). Danny grows increasingly paranoid the longer he stays at the castle to help with renovations. Howard is the new owner of the castle, and he’s there with his wife, kids and his second-in-command, Mike. He’s a wealthy and successful ex-bond trader. There’s also a young, attractive nanny and an old baroness, who is the previous resident and who refuses to vacate her family home. With one exception, nothing anyone other than Danny and Howie does makes much sense or serves any functional purpose other than to add “atmosphere” to the book. It’s like watching a bad horror movie where half the cast are “throwaway” characters who look creepy and say “boo!” from time to time.

To me, it seemed like Egan had an idea for a story and then had no idea what to do with it. A few subplots bubble up as she attempts to push the thin story along, but the subplots are never resolved and the main stories sort of just come to abrupt, awkward ends. Overall, the book is disjoined, with a final section introducing a new thread that seems to come out of left field.

With regards to her writing process she says: “My writing process seems to be a strange one, at least compared with other writers I’ve talked to. I begin with very little: usually just a strong sense of time and place–of atmosphere–and a few abstract notions that I want to explore.” I have to say, I have no doubt she is telling the truth here. This book reads precisely like that — it’s atmospheric, there’s some vague idea of exploring some idea about intertwined stories and imagination and reality vs fantasy and then it just kind of tries to ride that idea for two hundred pages without saying very much. I think it’s a writing process that probably works better with short stories — it’s no surprise that Egan’s most well-received work is a short story collection, A Visit from the Goon Squad.

Overall, I’d give this book an emphatic skip it. It is not a very good book. 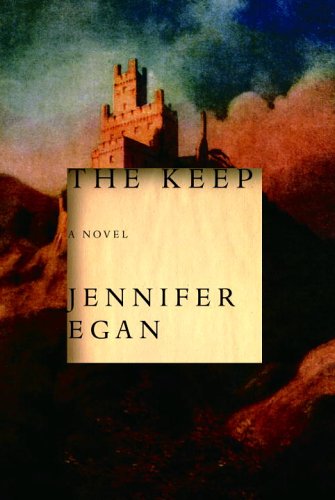 From the Publisher
Two cousins, irreversibly damaged by a childhood prank, reunite twenty years later to renovate a medieval castle in Eastern Europe. In an environment of extreme paranoia, cut off from the outside world, the men reenact the signal event of their youth, with even more catastrophic results. And as the full horror of their predicament unfolds, a prisoner, in jail for an unnamed crime, recounts an unforgettable story that seamlessly brings the crimes of the past and present into piercing relation.
Show More
See it on
Share This
social & email
New Reviews
recent releases
New Posts
recently posted
Discussion and Replies