By Kate Quinn, A thrilling story full of intrigue and adventure about hunting down a Nazi war criminal

In The Huntress, Kate Quinn once again has penned a thrilling and captivating piece of historical fiction. This time around, it’s about tracking down a Nazi war criminal.

Quinn’s previous book, The Alice Network, was about a female spy who is recruited during WWI and was very well received. The Huntress came out earlier this year and has been similarly praised.

I’m a bit picky about stories set around World War I or II since there tend to be a lot of them, so I like to choose mine carefully. However, the reviews of The Huntress have been compelling and enough people whose opinions I trust about these sort of things seemed to like Quinn’s books, so I picked this one up from Spectator Books (a nice little bookstore in Oakland) and put it at the top of my to-read list.

In The Huntress, Nina is a former Soviet aviatrix who is trying to track down a Nazi war criminal known as die Jägerin, The Huntress. The Huntress disappeared after the end of the war, but is known mainly for offering survivors refuge and then murdering them.

Nina joins forces with Ian, a former war correspondent whose younger brother was murdered by The Huntress.

Meanwhile, Jordan is a young woman and aspiring photographer in Boston who is suspicious of a woman her father has recently married. Annaliese is beautiful and caring, but clearly has something she’s hiding.

As Nina, Ian and Jordan’s paths converge, they’ll need to come to terms with their pasts and utilize all of their collective skills in order to bring justice to their elusive target. 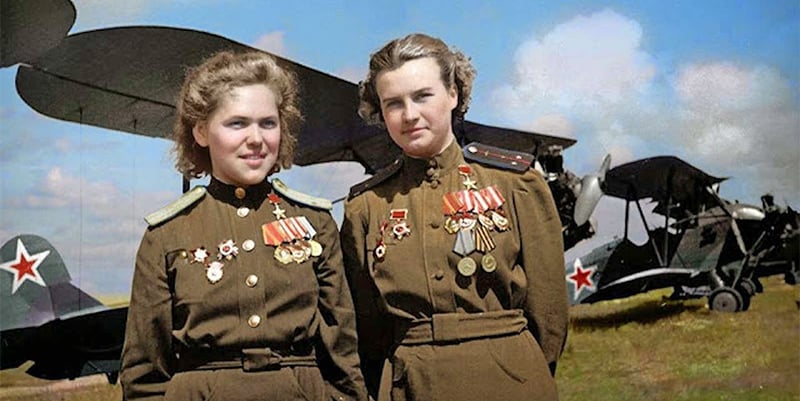 I was hooked by this book pretty early on, probably by about 50 pages into it. The plot kicks off right away, and it’s a story that teems with adventure and suspense. The lively narrative zig zags across multiple countries and continents, and jumps back and forth across various time periods before and after World War II.

Like with The Alice Network, Quinn works in a factual, lesser-known facet about women in history to serve as an integral part of her story. In this case, it’s about a group of Soviet female aviation units, known as the Night Witches. In The Huntress, the character of Nina is a former Night Witch, and Quinn is able to tell their story through her.

It’s a lengthy book, but one that flies by surprisingly quickly. Quinn is a capable and experienced writer and it shows. She moves the story confidently along, in a way where it’s easy to get lost in the pages of her thrilling and suspenseful plot.

The narrative is upbeat, with elements of suspense, adventure, action and some romance. In terms of the substance, The Huntress is more plot-focused than literary, but it never feels like it’s poorly written because of it.

For example, I wouldn’t describe this as a character-driven story, but it does have unique characters with clear personalities. I liked that they didn’t feel like “stock” characters or silly stereotypes. The novel switches back and forth from the three main characters’ various points of view, and it’s a pleasure to get to know each of them.

If you’re going to read this book, I highly recommend reading the book’s notes at the end as well. In it, Quinn talks about little details she culled from real life and what she based her characters on, which are a great addition to the book.

While I have a few minor criticisms, I should first mention that I enjoyed pretty much all of it regardless.

The romances were a miss for me, as they seemed unnecessary, but I didn’t mind it. I also was hoping for a little more of a mystery element to the plot or a few surprises along the way, but instead it’s a more straightforward story than I was expecting. Oh, well. I do think the lack of surprises made the lead-up to the end a little less impactful or suspenseful though.

There’s also two cheap “cliff-hangers” in the book (where you think something has happened, but soon find out it was nothing), which I didn’t love especially because the exact same thing happens during both of them. But that’s such a minor thing it’s barely worth mentioning.

The other bit of criticism I had was that it seemed like some of the phrasings or colloquialisms used may have been a little anachronistic. A few things just sounded a bit too modern to my ear, considering most of the book takes place 70-75 years ago (1944-1950).

Just looking at the first few chapters for example, the phrase “get laid” is used to refer to sex. The first (evidenced) usage of this phrase is in 1952 (if that website is to be believed), a few years after the book concludes.

Similarly, the phrase “coming in like a wrecking ball” sounded like it was straight from the Miley Cyrus song. Wikipedia seems to think that wrecking balls weren’t even really in common usage until the 50’s and 60’s, so I’d be surprised if that many people were using it metaphorically (and in exactly the same phrasing as Miley), but who knows.

Putting someone’s “feet to the fire” is also an idiom that the internet seems to think is more of a post-WWII phenomenon.

That was all in the first 30 pages or so. I didn’t comb through the rest of the book in the same fashion, but I assume you’d find more of the same. But again, I think I’m being a little nit-picky. There’s nothing blatantly anachronistic, so it’s not something that detracts from the story.

I was expecting to like this book, but was still surprised when it surpassed my expectations.

While I think the story would have benefited from a little more of an element of surprise and mystery, it’s still an exciting and enjoyable novel, with a nice sense of action and adventure as well as a full cast of fleshed-out, interesting characters. I read it effortlessly in one weekend, and I quickly ordered The Alice Network right after.

Have you read this or will your read it? What’d you think? See it on Amazon.

The book opens by introducing The Huntress, a woman who invited a group of six Jewish escapees into her home near Lake Rusalka and executed them and committed other atrocities. She was the mistress of an SS officer and disappeared after the end of the war.

Chapters 49 - 59 1950 in Boston, Massachusetts (Jordan and Ian) Jordan rushes home. She has pieced together that Lorelei must have come across the real Annaliese Weber and baby Ruth in Atlaussee. She must have killed Annaliese into order to take on her identity in order to get to America. Jordan gets home and pretends she's crying about a broken heart. She says she wants to take Ruth out for ice cream to help herself feel better. Ian, Nina and Tony head to the McBride house as well. Before Jordan can leave the house, Anna stops her. She says she knows Jordan has been inquiring about her savings accounts, and knows something's up. She pulls out a pistol and shoots a warning shot. Jordan tries to keep her talking and asks questions about her past. She admits to killing Dan. Anna tells Jordan she's leaving, and that if Jordan or anyone else tries to come after her, she'll kill Ruth and then herself. When Ian, Nina and Tony arrive, Anna is already gone. Jordan suggests she may have gone to get some stuff from their cabin at Lake Selkie, since the key is gone. Anna will be about 30 minutes ahead of them. Jordan asks Nina if she is the witch that Anna has nightmares about. 1944 at Lake Rusalka (Nina) Nina and Seb end up near the lake cabin where The Huntress is, and she invites them in for food. Seb wants spend the night, but Nina thinks she's dangerous because she's German. Nina leaves without him, but watches the house. Nina sees them standing by the lake, and she sees The Huntress shoot Seb. Nina attacks her, but is only able to cut her neck before having to flee without getting shot. (Nina has been reluctant to tell the details of this story to Ian, because she originally told Ian that Seb was a hero and fought The Huntress, etc.) 1950 in Boston, Massachusetts (Jordan, Nina and Ian) Knowing they need to catch up to The Huntress, they ask Garrett to borrow a plane. Nina shuts off the engine as they reach the lake to cut out the noise. They land safely. As soon as they get there, they hear Anna calling Ruth that it's time to go. While Tony grabs Ruth and pulls her into a car, Anna pulls out her pistol. Ian and Jordan approach her, trying to talk her down. Before Anna makes a move to escape, Nina jumps out of the water, cutting her arm, but not killing her. Anna agrees to go back to Austria to be tried for war crimes. When Anna gets home, Tony says Ian and Nina are going back to deal with the Austrian authorities, but he's going to stay in America for a while. Back in Vienna, Ian pens a story about The Huntress. He plans on going back to America for a while to stay with Tony and Jordan. He asks Nina to join him, and she says yes.

1951 at Fenway Park (Nina) Tony is now enrolled at Boston University, studying law. Nina and Ian have been pursuing cases for the Nazi war criminals they located during their road trip searching for The Huntress. Jordan is working as photographer. As they watch a game at Fenway Park, Nina and Ian decide they'll put off divorcing for a little while.

See The Huntress on Amazon.

From the Publisher
Bold and fearless, Nina Markova always dreamed of flying. When the Nazis attack the Soviet Union, she risks everything to join the legendary Night Witches, an all-female night bomber regiment wreaking havoc on the invading Germans. When she is stranded behind enemy lines, Nina becomes the prey of a lethal Nazi murderess known as the Huntress, and only Nina’s bravery and cunning will keep her alive. Transformed by the horrors he witnessed from Omaha Beach to the Nuremberg Trials, British war correspondent Ian Graham has become a Nazi hunter. Yet one target eludes him: a vicious predator known as the Huntress. To find her, the fierce, disciplined investigator joins forces with the only witness to escape the Huntress alive: the brazen, cocksure Nina. But a shared secret could derail their mission unless Ian and Nina force themselves to confront it. Growing up in post-war Boston, seventeen-year-old Jordan McBride is determined to become a photographer. When her long-widowed father unexpectedly comes homes with a new fiancée, Jordan is thrilled. But there is something disconcerting about the soft-spoken German widow. Certain that danger is lurking, Jordan begins to delve into her new stepmother’s past—only to discover that there are mysteries buried deep in her family . . . secrets that may threaten all Jordan holds dear.
Show More
Read an Excerpt
See it on Amazon Book Depository