By Donna Tartt, An Engrossing and Entertaining Dickensian Tale

The Goldfinch by Donna Tartt, winner of the 2014 Pulitzer Prize for fiction, is a Bildungsroman (coming-of-age story) of a boy who survives a terrorist bombing at the Metropolitan Museum of Art in New York. The bombing results in his mother’s death and, in the haze of the aftermath, him making off with her favorite painting, Fabritius’s Goldfinch, a small 17th century oil painting. The boy, Theo Decker, grows up, but under the shadow of the attack and his illicit ownership of this priceless painting.

Tartt’s David Copperfield-esque story is lengthy, but eventful. Theo goes from moving in with an upper-class Park Avenue family of a classmate to living in a largely-vacant housing development outside of Las Vegas with his dad to finding his way to being apprenticed at a antique furniture restoration shop. In each place, he’s haunted by his ghosts and weight of possessing a valuable and important piece of art.

The story is plot-driven much of the time, which has resulted in backlash by critics who claim that it is not “literary” enough for its Pulitzer, but Tartt’s novel, despite its entertainment value, is no Dan Brown or James Patterson novel. It’s characters are complicated and sometimes deeply flawed, with a strong sense of voice. The writing is engaging and accessible, but intelligent and ably moves the story along.

Anyway, if the worst thing you can say about a compelling and thoughtful story is that it’s “too entertaining,” then it’s probably worth a read. It was one of the more worthwhile books I’ve read in a while. The overall intellectual arcs — highlighted by Theo’s nihilistic tendencies, his discussion of morals with Boris — are good fodder for book club talks. The story itself is fascinating, though perhaps it veers into somewhat fanciful territory — terrorist attacks, mobster-like showdowns, drug usage, financial windfalls, etc. all find their way into this tale.

The Goldfinch has pretty broad appeal, though — fair warning — it is somewhat less accessible than general popular fiction, partially due to its sheer length and the granular information it delves into. For example, it dives deep into details about art and art restoration, etc. so that may or may not interest you. I loved all of it, but it’s not the type of thing that appears in your average novel. Beyond that, I don’t have any caveats. If the premise sounds compelling to you and have a little patience, I think you’ll find it to be a masterfully crafted and delightful tale. 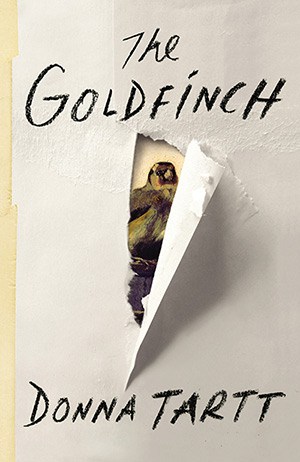 From the Publisher
Theo Decker, a 13-year-old New Yorker, miraculously survives an accident that kills his mother. Abandoned by his father, Theo is taken in by the family of a wealthy friend. Bewildered by his strange new home on Park Avenue, disturbed by schoolmates who don't know how to talk to him, and tormented above all by his longing for his mother, he clings to the one thing that reminds him of her: a small, mysteriously captivating painting that ultimately draws Theo into the underworld of art. As an adult, Theo moves silkily between the drawing rooms of the rich and the dusty labyrinth of an antiques store where he works. He is alienated and in love--and at the center of a narrowing, ever more dangerous circle. The Goldfinch is a mesmerizing, stay-up-all-night and tell-all-your-friends triumph, an old-fashioned story of loss and obsession, survival and self-invention, and the ruthless machinations of fate.
Show More
See it on Amazon
Share This
social & email
New Reviews
recent releases
New Posts
recently posted
Discussion and Replies