Tell Me Lies Hulu Series: What We Know 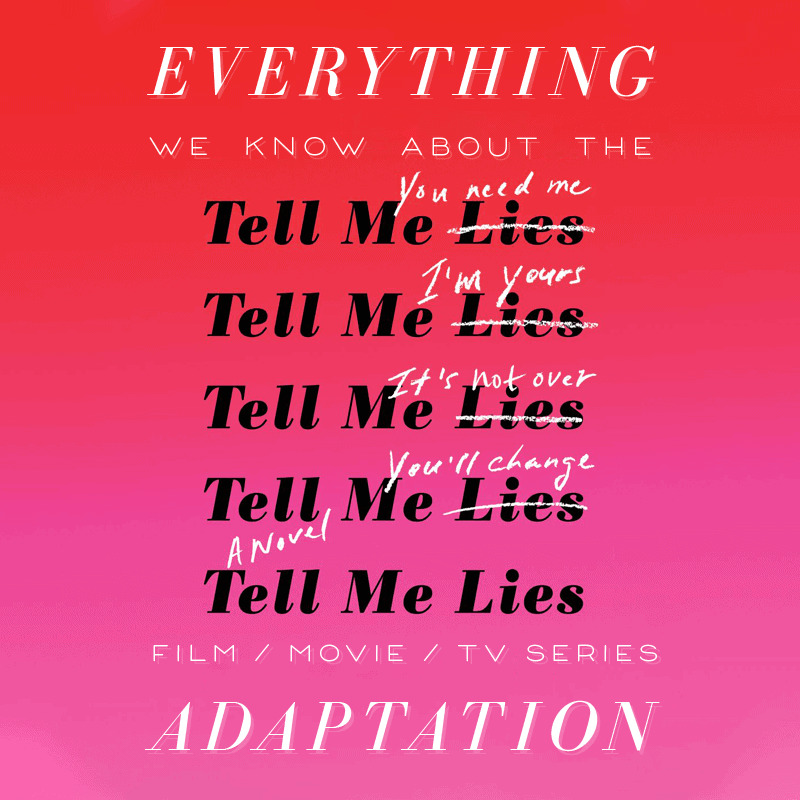 Tell Me Lies by Carola Lovering is being adapted into a TV show for Hulu. For all the details, here’s what we know so far about the Tell Me Lies Hulu Series adaptation:

From Deadline: Tell Me Lies is about “a young woman’s obsession with a man who’s good at being charming. When Lucy Albright arrives on the campus of her small college, away from her mother whom she’s never forgiven for an act of betrayal in her early teen years, Lucy embraces college life and all it has to offer. But everything changes when she meets Stephen DeMarco, who has a mysterious past of his own. Their addicting entanglement will have consequences they never could have imagined.”

Tell Me Lies was published in June 2018.

What format will it be? Will the Tell Me Lies adaptation be a Movie or a Series?

It’s planned as a limited series, to be streamed on Hulu.

Hulu and Emma Roberts’ Belletrist TV production company are developing the adaptation of Carola Lovering’s Tell Me Lies. Roberts has a first-look deal with Hulu (meaning that for whatever projects Roberts wants to develop, Hulu gets first dibs at acquiring that project.)

What’s the status of the Tell Me Lies adaptation?

The adaptation is currently early in its development, but it’s been optioned (and has a streaming service, Hulu, attached).

Emma Roberts is developing project, but it’s currently unknown if she plans on acting in it as well.