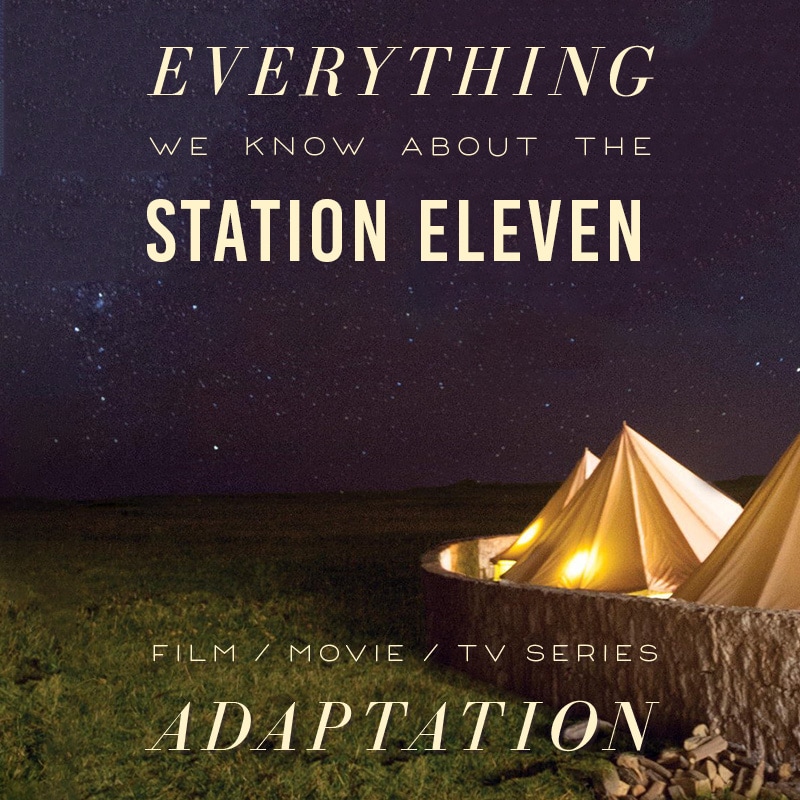 If you’ve been waiting a long time for a Station Eleven movie, or you just want to know what’s going on with the Station Eleven limited series to be streamed on HBO max (from WarnerMedia), here’s what we know:

Station Eleven is a post-apocalyptic drama about people who are navigating the world after a disease called the “Georgia Flu” has wiped out the majority of the populace. Most of the action takes place about 15 years after the world-decimating event. There’s a place some have heard of called the Museum of Civilization which many people are headed towards in hopes of finding people they’ve lost or for other ends.

Station Eleven was published in September 2014 and won the Arthur C. Clarke Award in May 2015. It was also a finalist for the PEN/Faulkner Award for Fiction.

See The Bibliofile’s Review and Summary of Station Eleven (the novel).

What format will it be? Will Station Eleven be a Movie or Series?

It’s planned as a 10-episode limited series. Each episode will be one hour.

Patrick Somerville will serve as the showrunner and producer for the Station Eleven adaptation. Somerville is responsible for shows such as Maniac (2018) and The Leftovers (2014). Maniac was a mind-bending HBO show starring Emma Stone and Jonah Hill that was very well-received by critics.

The director for the project will be Hiro Murai. Murai has previously shot episodes of Barry, Snowfall, and Legion, and he also shot the pilot for Atlanta. Most notably, he directed the music video “This is America.”

The series itself will be available through the HBO Max streaming service, which is a new streaming service set to be released in 2020 that will compete with other services like Netflix and Hulu (see below for details).

The film rights were originally acquired by Scott Steindorff (Jane’s Got a Gun) but it looks that project never got that far and fizzled.

If you’re not familiar with it, HBO Max is the new streaming service from WarnerMedia. It’s planned for a 2020 release. Isn’t there already an HBO GO? And an HBO Now? Isn’t that confusing? Yes, yes it is confusing. Trust me, I have all these questions, too.

What’s the status of the Station Eleven Series?

As of January 15, 2020, the show had begun filming, with plans to air in 2020. However it remains to be seen how COVID has affected those plans. Additional cast members were announced in March 2020.

People on twitter have reported seeing Station Eleven filming in Chicago, including posting photos of one of the stars, Himesh Patel, and a subway station covered in some post-apocalyptic overgrown plants.

I don’t know how I feel about #HydeParkChicago being the post-apocalypse pic.twitter.com/ecXTKymYDs

Mackenzie Davis will lead the cast of the Station Eleven series as Kirsten, the main character.

See the rest of the cast on IMDB.