By Gillian Flynn, A brisk, dark and twisty psychological thriller

With the impending Sharp Objects finale coming up soon on HBO, I thought I’d go ahead and review the book by Gillian Flynn which the show was adapted from.

I ended up reading the book a few weeks back after the first few episodes had aired since I was impatient to find out the ending. While the show definitely takes its sweet time in telling the story, the book itself is a quick read. I plowed through it eagerly in one sitting while sipping on some sweet tea. 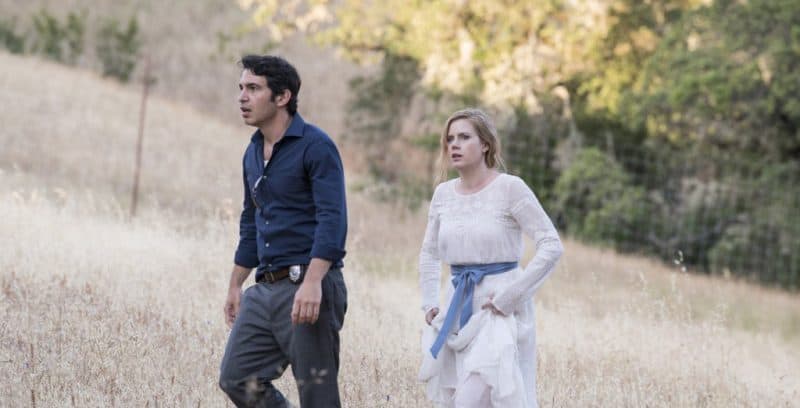 In Sharp Objects, Camille Preaker is a reporter in Chicago who gets assigned to a story in her hometown of Wind Gap, Missouri, to report on two potentially linked crimes. A young girl, Natalie Keene, has gone missing while the small town is still grieving the death of another local girl, Ann Nash, who was murdered the year before.

As she attempts to report on the crimes, Camille is forced to confront her past and revisit a lot of memories she’d purposely tried to behind, like her struggles with self-harm and her dysfunctional relationship with her mother.

(I’m going to try to keep this spoiler-free, so there’s going to be a bit of vagueness here.)

Sharp Objects is a book that moves quickly, twists and turns, and takes you down a dark, dark road. It’s a bit of a downer in some ways with its anguished characters and grim plot elements, but the novel doesn’t really dwell in it. Instead, it whisks you off to the next beat pretty quickly which keeps it from getting bogged down, though it is still overall a pretty morose and twisted story with many deeply flawed characters.

Camille’s inner struggles and her relationship to those around her plays a large role in the story. She’s a complex character and there’s a slow and dark reveal, much more so than the typical unhappy alcoholic that you’ll find all over the place in mystery novels. If that sounds like something that interests you, then good.

The resolution of the mystery may or may not be a huge shock, but the story is as much about the way Camille gets to that point, and I found there was plenty to keep my interest and maintain the suspense of the story. As for the writing itself, the prose leans more towards getting the job done than trying to be flowery or particularly expressive. But I was mostly there for the plot anyway, so it was a non-issue for me. 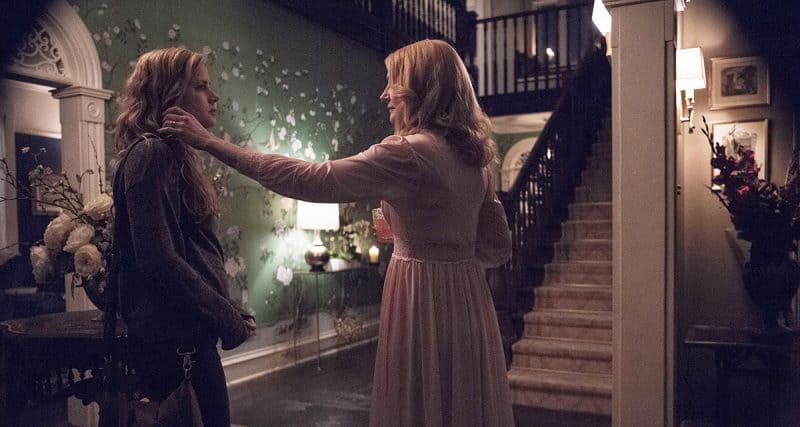 The screenplay for Sharp Objects was apparently co-written by Flynn, so it’s no surprise that the show follows the plot of the book pretty closely with a few exceptions, mostly to add stuff into the show. For example, one episode of the TV show is devoted to “Calhoun Day” which is described as a local town holiday and is only mentioned in passing in one paragraph of the book. Similarly, the friend Camille meets in rehab is also entirely an adaption-only character as well.

The biggest difference to me was that pacing-wise the show is much slower, likely because HBO wanted to milk it for all it’s worth. Don’t get me wrong, I really like the show. The acting’s great, I love the atmosphere, and it’s beautifully shot. There were definitely a couple of filler episodes though.

Sharp Objects is a capable suspense story that’s dark, twisted and a quick read. It involves a compelling character study, which some may find interesting.

Of course, my guess is that it’ll still leave something to be desired for people who aren’t mystery readers in general. And I would say if you’ve watched the show, you probably won’t get that much more out of the book, so you can probably skip it. Also, the story’s a bit of a downer, so fair warning if that’s not something you’d like.

However, for people who do read mysteries in general, I think most will find it very readable, given the quick pacing and good sense of atmosphere. As for the mystery itself, it’s fine, but in more of a perfunctory way. It got the job done, and I enjoyed the ride.

I think I probably am more impressed by the show than the book since it really is very well done, but the show takes forever to watch (8 hours! and I’ve been watching it week to week) whereas the book is quick, so I am glad I went ahead and just read it instead of dragging it out over the next month.

Did you watch the show, read the book or both? What did you think or which did you like better? 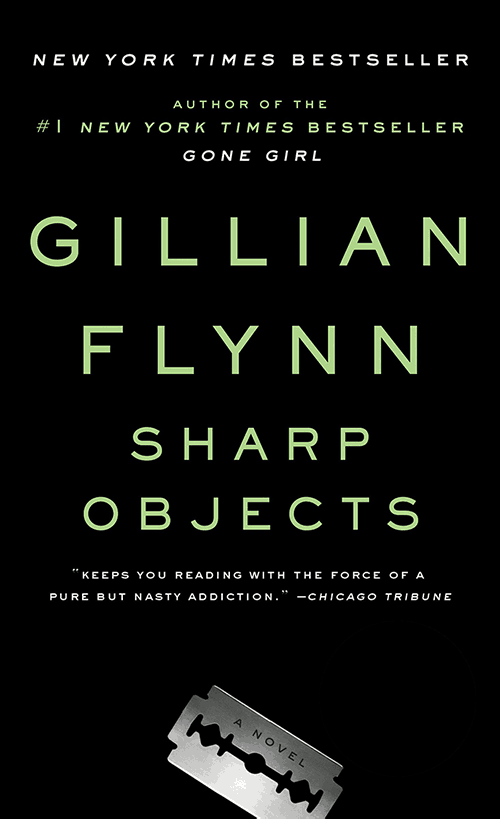 From the Publisher
Fresh from a brief stay at a psych hospital, reporter Camille Preaker faces a troubling assignment: she must return to her tiny hometown to cover the murders of two preteen girls. For years, Camille has hardly spoken to her neurotic, hypochondriac mother or to the half-sister she barely knows: a beautiful thirteen-year-old with an eerie grip on the town. Now, installed in her old bedroom in her family's Victorian mansion, Camille finds herself identifying with the young victims—a bit too strongly. Dogged by her own demons, she must unravel the psychological puzzle of her own past if she wants to get the story—and survive this homecoming.
Show More
See it on Amazon
Share This
social & email
New Reviews
recent releases
New Posts
recently posted
Discussion and Replies