By Graeme Simsion, A Lighthearted and Comedic Love Story for the Overly Logical

The Rosie Project by Graeme Simsion is a lighthearted, funny, and highly enjoyable love story for all the nerds out there. Professor Don Tillman is a geneticist with Asperger’s Syndrome who embarks on a project to find a “suitable mate” (the “Wife Project”). But instead, he gets sidetracked by a woman named Rosie and her search for her biological father (the “Rosie Project”). Of course, the two projects end up coming together and what results is a delightful love story.

I finished this a while ago but hadn’t gotten around to reviewing it until now. It, along with its sequel, The Rosie Effect, comes highly recommended from Bill Gates’ blog, which is what piqued my interest to begin with.

The Rosie Project is unabashedly a love story, through and through, so you know pretty much from the onset where it’s going to end up, but listening in to the thought processes of our protagonist is genuinely funny and revealing, especially if you know people with Aspergers or who are just logical to a fault. It’s a romance and a book about accepting and embracing yourself and about two people coming together — with a pinch of mystery and adventure as Rosie and Don sleuth to figure out who Rosie’s father is. In all, it has a lot of heart and is very funny; the humor is dead-pan and a little sardonic, but very present.

This book is definitely not your typical “chick lit”-type book, but it’s lighthearted enough that it still makes for a good beach-slash-casual read. I think most people could find something to like about it, but the lovers of logic out there would especially appreciate it. It’s an easy and enjoyable book, so I’d definitely recommend giving it a shot. 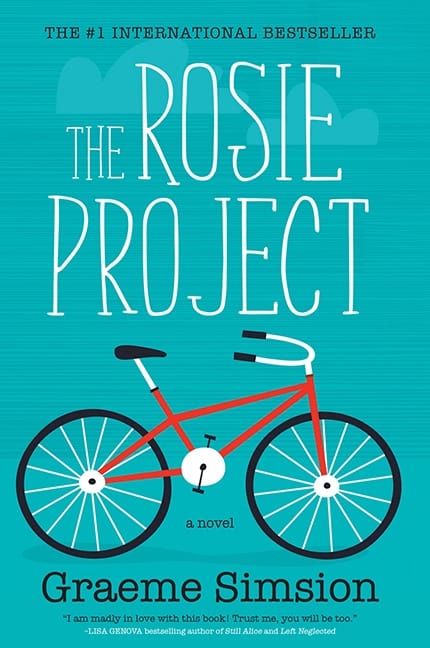 From the Publisher
The art of love is never a science: Meet Don Tillman, a brilliant yet socially inept professor of genetics, who’s decided it’s time he found a wife. In the orderly, evidence-based manner with which Don approaches all things, he designs the Wife Project to find his perfect partner: a sixteen-page, scientifically valid survey to filter out the drinkers, the smokers, the late arrivers. Rosie Jarman possesses all these qualities. Don easily disqualifies her as a candidate for The Wife Project (even if she is “quite intelligent for a barmaid”). But Don is intrigued by Rosie’s own quest to identify her biological father. When an unlikely relationship develops as they collaborate on The Father Project, Don is forced to confront the spontaneous whirlwind that is Rosie―and the realization that, despite your best scientific efforts, you don’t find love, it finds you.
Show More
See it on Amazon
Share This
social & email
New Reviews
recent releases
New Posts
recently posted
Discussion and Replies