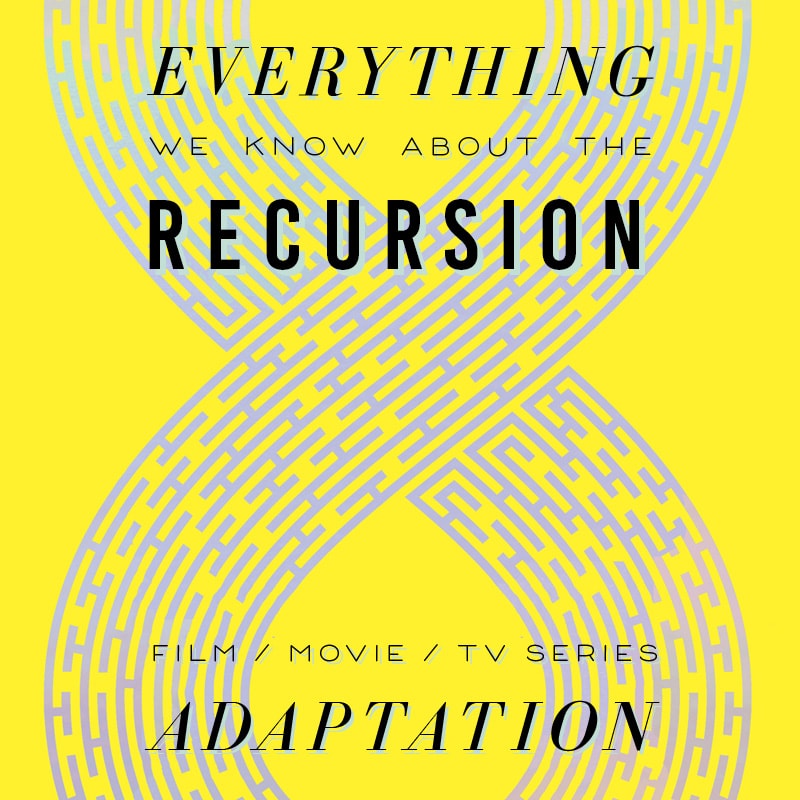 Recursion by Blake Crouch is about a scientist who creates technology that has the power to change time and reality, giving people the ability to go back and re-do parts of their lives.

See the Full Summary and Review of Recursion from The Bibliofile.

Recursion was published in June 2019, though the film rights were acquired nearly a year before that. Crouch also authored the Wayward Pines Trilogy which was adapted into the television show Wayward Pines (2015-2016).

What format will it be? Will the Recursion adaptation be a Movie or a Series?

Blake Crouch addressed the potential format in an interview:

When it did come time to think about selling it to Hollywood, I was like, “I don’t know how this is going to work. This is definitely not a two-hour movie, but it feels bigger than the small-screen, too.” I went into the process a little bit on edge — I was concerned that people wouldn’t see it the way I was seeing it. Remarkably, Shonda, Matt, and Netflix just stepped up like, “Hey, we know how to do this.” It’s very early days, in development, but I believe the plan is to launch it as a movie on Netflix, which can then spin off into multiple TV series. There are single sentences in the book that could be an entire season of television, that we just blow right past. The cool thing about a streamer like Netflix, which is breaking down the boundaries between film and television and what we can and can’t do, is it was sort of made for a book like this. Netflix was made for, “Let’s let the book be what it wants to be when it becomes a visual medium.” When they pitched it to me, they were like, “We’re envisioning this as a universe.” It’s exciting.

Netflix acquired the rights to the book in October 2018 for Shonda Rhimes and Betsy Beer’s Shondaland and Matt Reeves’ 6th & Idaho to develop.

Rhimes is best known as the creator of Grey’s Anatomy and Scandal. She also executive produced How to Get Away With Murder. Recursion is one of nine projects that Shonda Rhimes currently has (as of August 2019) under development with Netflix under the Shondaland label as part of an overall deal between Rhimes and Netflix that was signed in 2017.

In a Statement From Rhimes: “Projects like this are why I came to Netflix. The opportunity to explore a multi-genre universe in innovative ways is extremely exciting. Matt and Blake both have the tremendous ability to build compelling characters and imaginative landscapes and I am thrilled to work alongside them.”

What’s the status of the Recursion adaptation?

The adaptation is currently early in its development, but it has Shonda Rhimes and Matt Reeves attached to develop the project.

October 4, 2018 Netflix acquires the rights to the upcoming Recursion novel, with Shondaland, run by Shonda Rhimes and Betsy Beer, and Matt Reeves’s 6th & Idaho attached to develop the project.