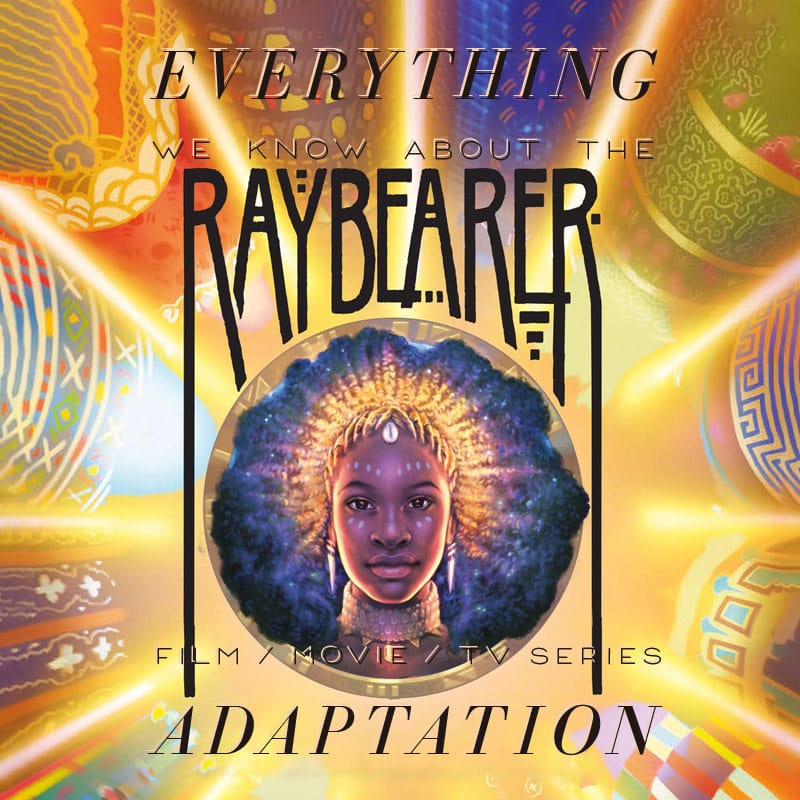 Raybearer by Jordan Ifueko is being adapted into a TV series on Netflix. For all the details about this upcoming book adaptation, here’s what we know about the Raybearer Netflix TV Series:

What’s it about? What’s the plot of Raybearer?

In this West African-inspired YA fantasy series, Tarisai is a girl who is sent by her mother — a mysterious, often absent woman known only as The Lady — to the capital of the empire to compete for a spot on the Crown Prince’s Council of 11. If she’s picked, she’ll be joined with the other Council members through the Ray, a bond deeper than blood. That closeness is irresistible to Tarisai, who has always wanted to belong somewhere.

But The Lady has other ideas, including a magical wish that Tarisai is compelled to obey: Kill the Crown Prince once she gains his trust. Tarisai won’t stand by and become someone’s pawn—but is she strong enough to choose a different path for herself?

What format will it be? Will the Raybearer adaptation be a Movie or a Series?

It’s planned as a television series, to be available on Netflix.

Gina Atwater is producing, directing and adapting the book into a screenplay as part of an overall deal with Netflix. Atwater previously served as a writer and story editor for the sci-fi series Westworld.

From Netflix’s Matt Thunell: “Gina is a triple threat as a writer, director and producer and we’re thrilled to be working with her. Her experiences crafting fearless, character-centered work amid complex fantasy worlds makes her the perfect writer to take on the world of ‘Raybearer.'”

From Atwater: “It’s an absolute privilege to join the Netflix family! I’m grateful I get to collaborate with a company that shares my passion for pursuing bold and innovative stories that give underrepresented characters a place to shine in the prestige space.”

What’s the status of the Raybearer adaptation?