Agatha Christie’s Hercule Poirot mysteries occupy a very special place close to my heart. They are, in my opinion, reliably enjoyable, and at this point I’m not really sure how many I’ve read or which ones exactly they are.

I was assigned The Labours of Hercules to read in Latin class during middle school, but that was kind of a blur. I didn’t really “discover” her books until some time in high school, and I haven’t stopped reading them since.

I recently read Magpie Murders which includes an Agatha Christie-esque mystery in it, and it left me wanting to revisit my favorite Belgian detective. I have no idea if I’ve read Peril at End House before or not, I can’t really remember, but I was in the mood for some country-village mystery and grabbed this one.

Published in 1932, Peril at End House, was her sixth Hercule Poirot novel. It retailed for $2.00 in the U.S. and the UK edition was seven shillings and sixpence. 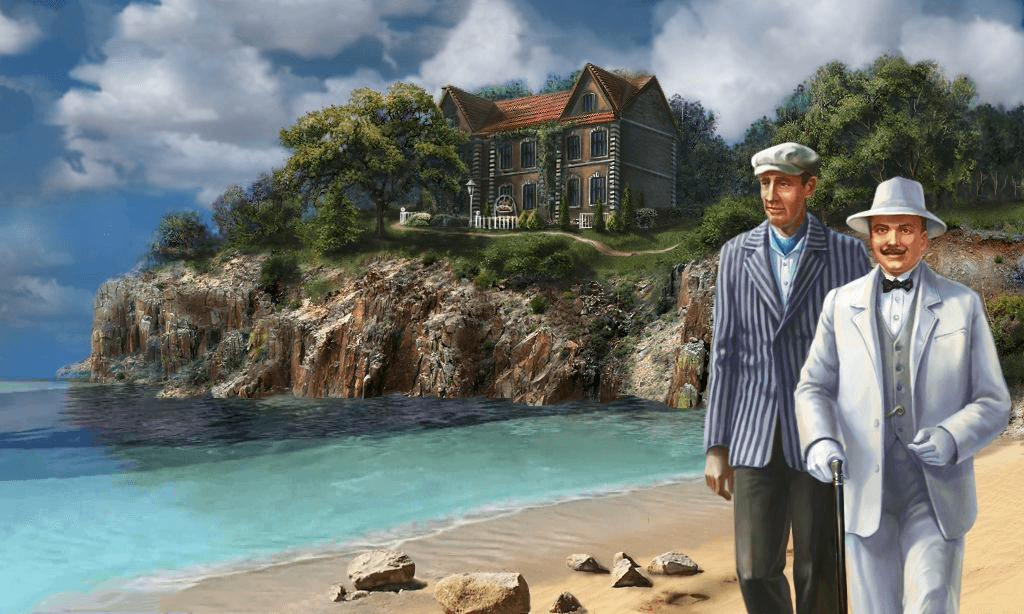 Peril at End House is set in south Cornwall, the fictional seaside town of St. Loo, which was based on Agatha Christie’s childhood home of Torquay in Devon. Hercule Poirot and his friend Hastings are on holiday, staying at the Hotel Majestic, which was based on the Imperial Hotel in Torquay.

Poirot and Hastings come across the pretty Miss Nick Buckley, who lives nearby at End House. She has recently had a series of brushes with death — malfunctioning brakes, a falling boulder and a mishap with a painting crashing down. When the next event occurs, Hercule realizes it’s time to give up his holiday and investigate.

Like most of the the Poirot mysteries, the clues start coming in hard and fast from the very beginning. By chapter three (a mere 30 or so pages in), Christie has already laid out the main story, introduced the main characters and begun the investigation.

I think this straight-forwardness is part of why I like Agatha Christie novels — there’s a sense of economy. There are so many authors out there who write like they’re being paid by the page a la Dickens (who was paid for each installment and therefore had incentive to drag his novels out), but Christie is definitely not one of them.

Instead of skimming pages and pages waiting for the story to “really start”, from page two you’re carefully reading through each word in a conversation, looking for hidden clues. As a lover of puzzles and clues and intrigue, I find her mysteries satisfying. They can be read relatively quickly without feeling like you were shortchanged somehow.

That all said, Peril at End House is a solid and fairly standard Hercule Poirot novel. I’m not sure that there’s anything about it that particularly stands out to me. It seems Christie felt similarly. In her autobiography, Peril at End House only comes up once. She writes:

“Peril at End House was another of my books which left so little impression on my mind that I cannot even remember writing it. Possibly I had already thought out the plot some time previously, since this has always been a habit of mine, and often confuses me as to when a book was written or published.”

Still, even for a fairly standard entry in her repertoire, it’s a lovely and tidy mystery that’s good to enough to have been adapted countless times into a variety of forms, from video games to radio dramas to graphic novels and of course to television as well.

The Ending (No Spoilers)

As for the ending, part of the fun of reading an Agatha Christie novel is trying to guess the ending as she offers just enough clues to allow you to form theories while leading up to the reveal at the end. For this reason, a certain amount of balance is necessary for a good mystery. You want enough information doled out in a timely manner so that the ending doesn’t seem out of left field, and then the rest of the information serves to confirm your theory or move you in a different direction as you get closer to the end.

The ability to manage this delicate balance is part of what makes Agatha Christie indomitable in her field. In Peril at End House the clues are definitely there in order to have an inkling of what the end will be so that it doesn’t feel random, though they are quite subtle. Every piece of information matters in an Agatha Christie novel, and that’s part of the fun for me.

Overall, I’d say this book has one of the more entertaining endings but it’s one of the tougher ones to figure out, even as I was trying to pick through the lines very carefully for clues. It’s part of the ingeniousness of the book that you only realize really important pieces of information are just handed to you outright (and very early on), but you, of course, chose to gloss over them in the context of the novel. When I finally got to the end and thought it over, the “subtle” clues seemed so obvious in retrospect — the sign of a great mystery.

Kenneth Branagh as Hercule Poirot in Murder on the Orient Express

If you’ve never read an Agatha Christie novel, there’s really no bad place to start (except for maybe the Big Four which is easily my least favorite). If you have read something of hers before, you probably know whether her writing style suits you.

I think I probably wrote this post mostly because I love her books and it seems off that I don’t have any posts about any of her works so far! Any other Agatha Christie fans out there? How did you discover her? Do you remember the first book of hers that you read? 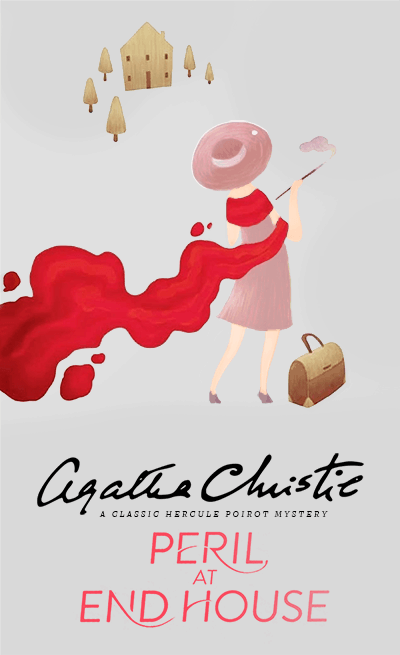 From the Publisher
On holiday on the Cornish Riviera, Hercule Poirot is alarmed to hear pretty Nick Buckley describe her recent “accidental brushes with death.” First, on a treacherous Cornish hillside, the brakes on her car failed. Then, on a coastal path, a falling boulder missed her by inches. Later, an oil painting fell and almost crushed her in bed. So when Poirot finds a bullet hole in Nick’s sun hat, he decides that this girl needs his help. Can he find the would-be killer before he hits his target?
Show More
See it on Amazon
Share This
social & email
New Reviews
recent releases
New Posts
recently posted
Discussion and Replies