By Victor Lodato, An Engrossing Tale of a Girl Coping With Grief and Loss

I didn’t mean to finish Mathilda Savitch. Not to say that I didn’t want to finish it, but it just wasn’t even anywhere remotely close to the top of my list of books I wanted to finish. But even though I bought it and mentally put it in my “read later” pile, I ended up flipping through it on my train ride back home and something about it stuck with me enough that I ended up finishing it off pretty quickly.

There’s many reasons to read, one of which is the chance to get pulled into and understand a mindset that’s completely different from your own. Mathilda Savitch does this well, subtlely at first so it’s not clear what you’re getting into, and then it sort of yanks you in. But it’s a sad, confused and sort of tragic world, unfortunately, and essentially this book is about grief and coping with loss.

In short, Mathilda is a young girl who, along with her parents, is coping with the death of her older sister who was pushed into an oncoming train a year ago. Each of the charaters deals with it differently, but Mathilda’s way is to cling to her memory by trying to piece together what led up to her sister’s death, and it tests her parent’s patience as they try to move on. The main “reveal” of the book is easily guessed relatively early on, but it doesn’t really detract from the book since it’s more about when Mathilda will realize it rather than you.

I think there are probably a lot of books out there that are similar, but I think Mathilda Savitch does what it does well. It’s well-written, empathetic, and ultimately comes off as time well spent. 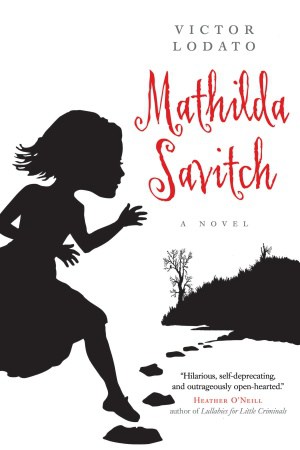 From the Publisher
Fear doesn't come naturally to Mathilda Savitch. She prefers to look right at the things nobody else can bear to mention: for example, the fact that her beloved older sister is dead, pushed in front of a train by a man still on the loose. Her grief-stricken parents have basically been sleepwalking ever since, and it is Mathilda's sworn mission to shock them back to life. Her strategy? Being bad. Mathilda decides she's going to figure out what lies behind the catastrophe. She starts sleuthing through her sister's most secret possessions―e-mails, clothes, notebooks, whatever her determination and craftiness can ferret out. But she must risk a great deal―in fact, she has to leave behind everything she loves―in order to discover the truth. Startling, funny, touching, odd, truthful, page-turning, and, in the end, heartbreaking, Mathilda Savitch is an extraordinary debut.
Show More
See it on
Share This
social & email
New Reviews
recent releases
New Posts
recently posted
Discussion and Replies