By Robert Galbraith, An intricate political and equestrian-themed Cormoran Strike novel from Rowling

Lethal White by Robert Galbraith, a pseudonym for J.K. Rowling, was released yesterday to much excitement. Like the Harry Potter novels that seemed to grow in size with each new release, Lethal White is the lengthiest of the Strike books, clocking in at a hefty 600+ pages.

This book is the fourth installment in Rowling’s series of Cormoran Strike detective novels, the first three being Cuckoo’s Calling (2013), the Silkworm (2014) and Career of Evil (2015). Since the publication of the last Strike book, the series has been adapted into a BBC television show as Strike: Career of Evil. 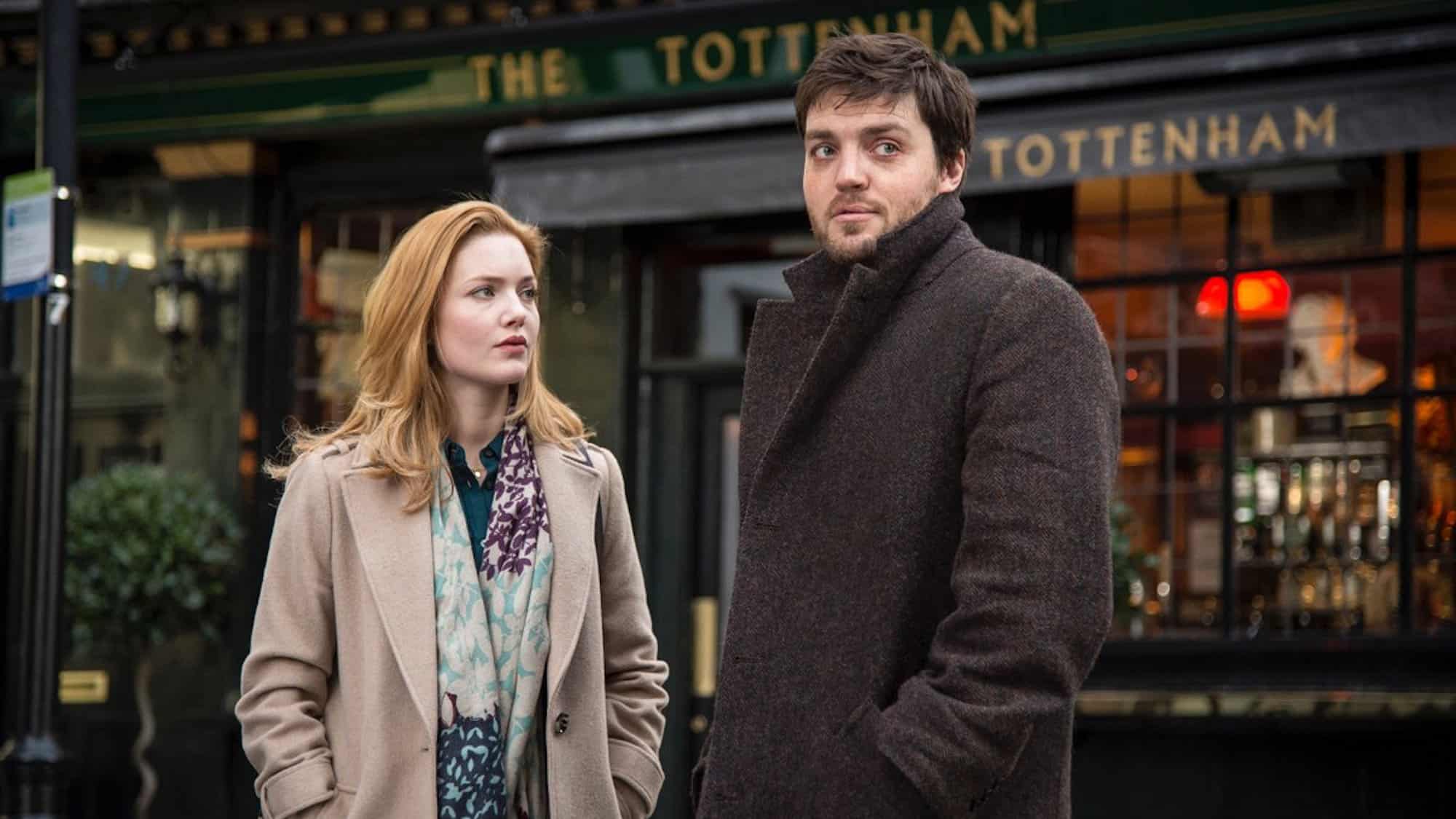 Tom Burke and Holliday Granger in the BBC’s Strike: Career of Evil

If you’ve read all the previous books, you can skip this part and scroll on down to the plot summary for Lethal White. This is a quick summation of the other books for the uninitiated. This only contains brief case summaries and stuff that’s helpful to know for reading Lethal White.

Book #1: Cuckoo’s Calling. Cormoran Strike is ex-Military Police (an investigator in the SIB, Special Investigative Branch, of the British military) and a struggling private investigator. His father was a rock star, and he hates being asked about it. He has an amputated leg from a bomb in Afghanistan and is sleeping in his office post-breakup with his on-and-off-again girlfriend, Charlotte. Charlotte/Charlie is rich, hot and kinda nuts.

He hires Robin Ellacott via a temp agency as a secretary. Robin is engaged to Matthew, an accountant. Their case: Lula Landry. She is a famous supermodel who jumped to her death three months prior. Eric Wardle is a detective on the case, who helps Strike out and gets some credit when it’s solved. When the (highly publicized) case concludes, Strike gives Robin a green dress as a parting gift, and he asks her to stay on. She agrees.

Book #2: The Silkworm. The case: Leonora Quine is looking for her missing husband, a once-famous novelist whose soon-to-be published book Bombyx Mori was leaked and is wreaking havoc among the literati. Robin’s investigatory work strains her relationship with Matthew. When the case ends, Strike signs Robin up for investigative training courses as a Christmas gift.

Book #3: Career of Evil. Robin is now a full-fledged investigator. Robin breaks off her engagement with Matthew after discovering he cheated with a girl named Sarah back in their university days. Robin and Strike are investigating a case involving a killer known as the Shacklewell Ripper. In the course of the investigation, Robin is attacked and seriously injured by the killer, resulting in her reconciliation with Matthew.

Robin makes a risky decision without informing Strike, who fires her. Robin leaves for her impending wedding and Strike tries to contact her, but the message and call history are deleted by Matthew. Strike proceeds alone and catches the killer. He then rushes to the wedding to help repair his relationship with and rehire Robin, and arrives just as the vows are being exchanged. He enters, and Robin smiles.

Private Investigator Cormoran Strike and Robin Cunliffe (née Ellacott), his partner slash right hand man (who has been rehired), are back in Lethal White with a new mystery to solve. It’s 2012 and the Olympics are soon being held in London. A disturbed young man by the name of Billy shows up at Strike’s London office talking about a murder he once witnessed — a strangulation of a boy that was wrapped up in a blanket and buried. Billy runs off, but Strike looks into it anyway.

Strike’s investigation leads him to a committee of Olympics protesters, mostly lefty anti-establishment types, led by Jimmy Knight, Billy’s brother. Soon, Jasper Chiswell, a Tory (conservative) official, is asking him look for dirt on two blackmailers, one of whom is Jimmy. The other blackmailer is Geraint Wainn, the husband of another governmental official. Meanwhile, Chiswell’s estranged wife is an equestrian with unclear motives.

With one possible murder and two blackmailers to chase after, Cormoran and Robin are sent into the complicated realms of warring politics and equestrians, infiltrating organizations and doing reconnaissance in the halls of Parliament and in the dark corners of old boys’ clubs. 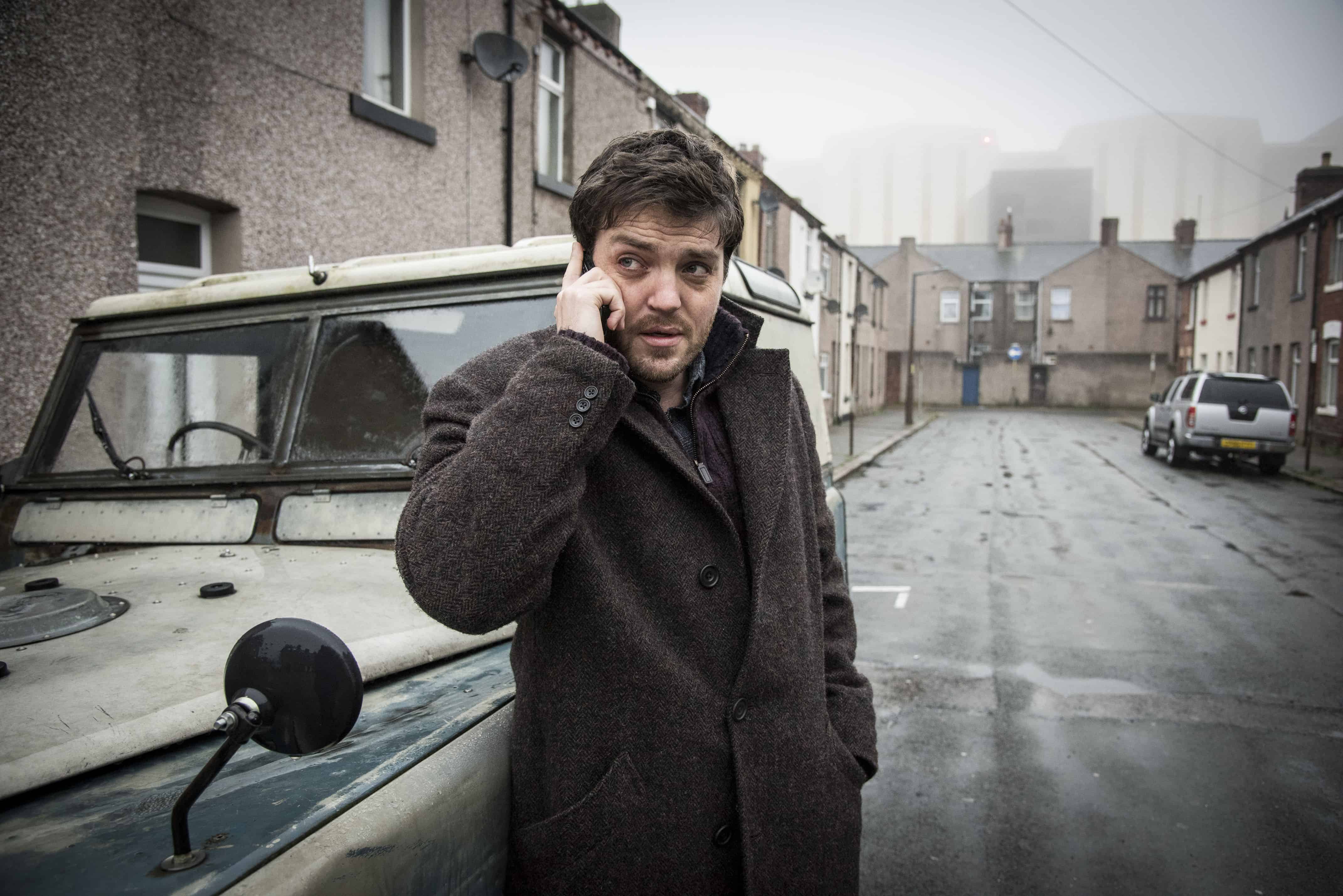 Lethal White requires a little bit of patience and effort, especially in the first half, as Rowling puts everything into place. The beginning reads less like a heart-thumping thriller and more like a steady narrative being built up. People who are used to brisk mysteries may struggle through this, but those who like mysteries that are more fleshed out with good character development may enjoy this.

At the half-way point, the plot begins to ramp up as the mystery deepens. The plot is gloriously complicated, with a huge tangle of characters and motivations and secrets to uncover, especially in comparison to your average thriller. Still — and I love J.K. Rowling so it pains me to say this — overall, the book does run long. It feels like it’s carrying some dead weight.

Rowling is a planner and the book reads like it. Like her other novels, Rowling builds up the many, many elements of her plot methodically and moves the storyline alongside it, the details carefully selected and situated, waiting for their role in the book’s finale.

The first books in the series introduced these characters, but they were really vehicles for telling the story of the main mystery. Starting with Career of Evil (Book #3) and now in Lethal White, the balance has shifted where the story being told is about Cormoran and Robin — and the mystery is there to help tell that story. Cormoran and Robin’s relationship is the true beating heart of this book.

Rowling’s love for her characters seems to make it difficult for her to provide them with real love interests other than themselves. They are both involved in other relationships, but the obvious flaws of their respective partners ensure that these other romantic interests can’t be viewed as legitimate rivals. Personally, I think it would be a little more interesting to give the two of them real competition for each other’s affection. I felt a little bored whenever Matt or Lorelai came into the picture.

As a sidenote, I wouldn’t recommend reading this in parts, since you’ll likely forget everything in the interim. There’s a ton of characters and moving parts, so even though our intrepid detectives are consistently summing up the situation for you, this book requires a bit of concentration.

If you’re wondering what “Lethal White” actually means, it refers to a deadly genetic disorder that affects horses. While white horses are coveted by breeders, the gene that give horses a white pattern is also linked to a genetic disorder, called the “lethal white syndrome.”

This syndrome appears in some of these horses that prevents their gastrointestinal tracts from fully developing. These white horses are born alive, but will die within 24 hours or so of birth. There is no treatment available. As for how this plays into the plot of the book, you’ll have to read it to find out. :)

Despite this book being wrapped in a bewilderingly atrocious cover, this book is a solid entry in the series, though not really my favorite. Long-winded or not, fans of the series will probably forgive the extra bloat of the book to enjoy its complicated and tangled mystery. It’s a ferocious Gordian Knot, just waiting to be patiently picked apart.

For those who haven’t read the previous three novels, you can enjoy this one without having read them (also scroll up for my series summary). However, it’s probably advisable to start from the beginning if you’re planning on reading all of them anyway, since Rowling does like to revisit old characters. Plus, given that this one requires some effort, I wouldn’t recommend it as a jumping off point for the series.

The book is slowly paced, especially in the beginning as Rowling sets her scene and continues to develop Cormoran and Robin as characters and their relationship, so readers shouldn’t expect a quick read. But planning and execution of the book is done purposefully and the end is worth exercising some patience. The second half proceeds faster, and it is ultimately an imperfect but rewarding and twisty book.

Are you planning on reading this book? What do you think about the Cormoran Strike series so far? See Lethal White on Amazon or Book Depository. 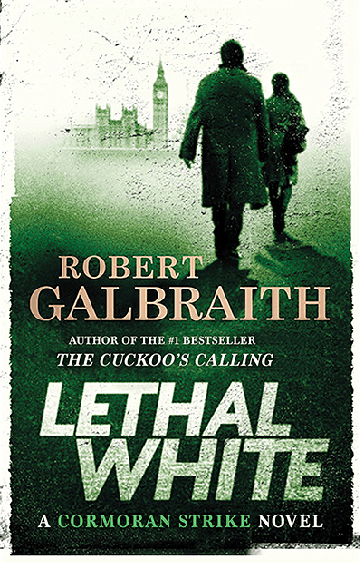 From the Publisher
When Billy, a troubled young man, comes to private eye Cormoran Strike’s office to ask for his help investigating a crime he thinks he witnessed as a child, Strike is left deeply unsettled. While Billy is obviously mentally distressed, and cannot remember many concrete details, there is something sincere about him and his story. But before Strike can question him further, Billy bolts from his office in a panic. Trying to get to the bottom of Billy’s story, Strike and Robin Ellacott—once his assistant, now a partner in the agency—set off on a twisting trail that leads them through the backstreets of London, into a secretive inner sanctum within Parliament, and to a beautiful but sinister manor house deep in the countryside. And during this labyrinthine investigation, Strike’s own life is far from straightforward: his newfound fame as a private eye means he can no longer operate behind the scenes as he once did. Plus, his relationship with his former assistant is more fraught than it ever has been—Robin is now invaluable to Strike in the business, but their personal relationship is much, much trickier than that.
Show More
See it on Amazon Book Depository