By Elizabeth Kostova, A Gothic Adventure through European History

The Historian, by Elizabeth Kostova, was longer than I thought it would be (the pages are thin). Luckily, it was also very enjoyable. I finished it a couple days ago, but I finally have time to come up with a quick review now.

The primary thread through the story is a young woman who discovers her father’s research into Vlad Tepes, otherwise known as Vlad the Impaler or by others as Dracula, when he was a graduate student. This discovery sets her off on a journey to delve into the mystery of whether or not the famed vampire really is still alive, as her father and his mentor had suspected many years ago.

Part historical fiction, the novel takes the reader though temples, old archives, Cold War Europe, and copious amounts of Byzantine and Ottoman history. It pulls the reader along with little cliffhangers and an understated romance. It’s a pretty rapid read, given it’s length, but anyone who lacks patience for historical topics should shy away. Otherwise, it’s a trek into an – albeit romanticized – hunt for Dracula that’s satisfying, entertaining, and even suspenseful at times.

Kostova writes passably in the male voice but I suspect for most guys it would be even less convincing than it was for me. I know that most would say that The Historian is no literary feat, but I think it’s definitely worth a read for historical fiction buffs or Dracula enthusiasts. 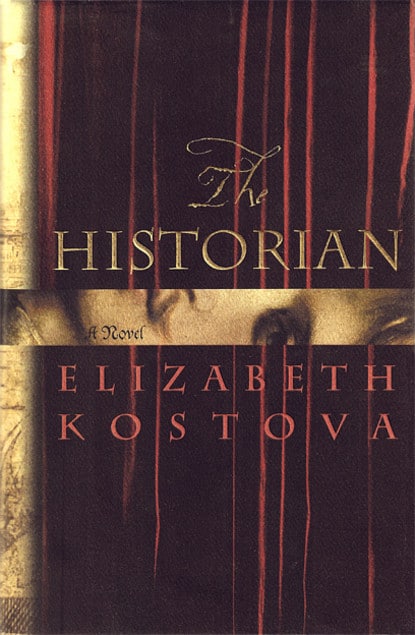 From the Publisher
To you, perceptive reader, I bequeath my history....Late one night, exploring her father's library, a young woman finds an ancient book and a cache of yellowing letters. The letters are all addressed to "My dear and unfortunate successor," and they plunge her into a world she never dreamed of-a labyrinth where the secrets of her father's past and her mother's mysterious fate connect to an inconceivable evil hidden in the depths of history. The letters provide links to one of the darkest powers that humanity has ever known-and to a centuries-long quest to find the source of that darkness and wipe it out. It is a quest for the truth about Vlad the Impaler, the medieval ruler whose barbarous reign formed the basis of the legend of Dracula. Elizabeth Kostova's debut novel is an adventure of monumental proportions, a relentless tale that blends fact and fantasy, history and the present, with an assurance that is almost unbearably suspenseful-and utterly unforgettable.
Show More
See it on
Share This
social & email
New Reviews
recent releases
New Posts
recently posted
Discussion and Replies