The Giver of Stars Movie: What We Know 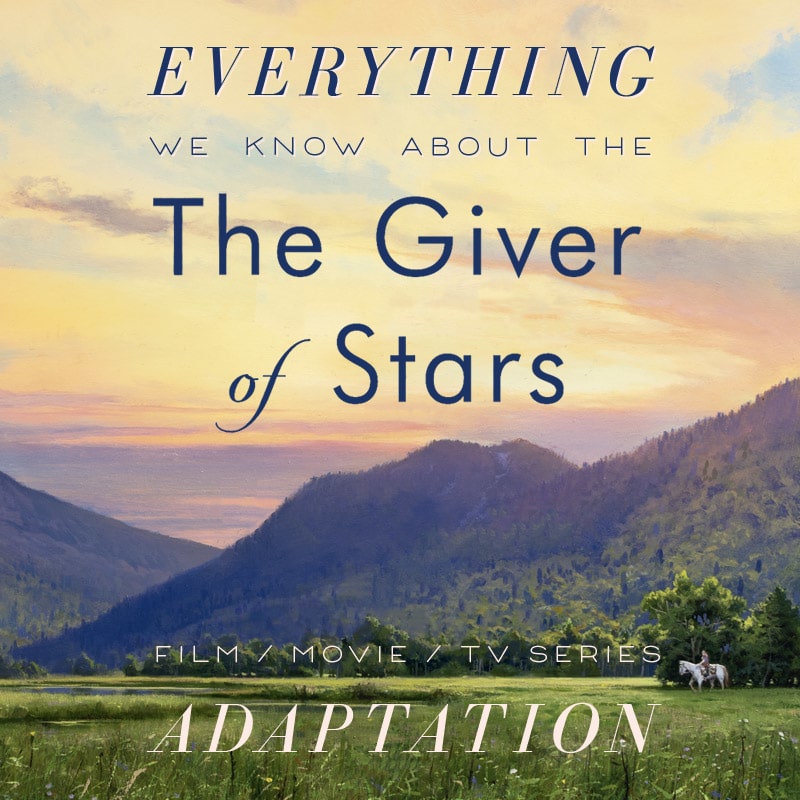 The Giver of Stars by Jojo Moyes is being released soon, but there’s already a movie adaptation in the works. Here’s what we know:

Set during the Great Depression, The Giver of Stars is about five women who become the Horseback Librarians of Kentucky. These Horseback Librarians operate as part of First Lady Eleanor Roosevelt’s mission to bring reading to the masses, and they travel on Horseback to deliver books. Based on actual events, it’s a book about adventure, friendship, love and, of course, books.

See the full summary and review of The Giver of Stars from The Bibliofile.

The Giver of Stars will be published in October 2019.

What format will it be? Will the Giver of Stars adaptation be a Movie or a Series?

Universal Pictures has acquired the rights to The Giver of Stars. Debra Hayward and Alison Owen will produce the adaptation with author Jojo Moyes executive producing. Owen previously produced Saving Mr. Banks (2013) and collaborated with Moyes on producing the adaptation of her previous novel, Me Before You.

Ol Parker is set to direct the movie adaptation as well as pen the script for it as well. Parker previously wrote and directed the Mama Mia sequel, Mamma Mia! Here We Go Again (2018). He also wrote and directed Imagine Me & You (2005).

What’s the status of The Giver of Stars adaptation?

The adaptation is currently in its early stages, with Ol Parker attached to write and direct.

June 21, 2019 Ol Parker is announced as the director for the adaptation of Jojo Moyes’s upcoming book, The Giver of Stars.