How to Skimm Your Life Controversy: Spilling the (Skimm) Tea

There’s more drama spilling out in the bookish world (as always), and this time it’s come in the form of The Skimm’s new self help book, How to Skimm Your Life.

The Skimm is a brand you may have heard of — they distribute a newsletter that sums up news headlines in bite-sized pieces with snarky headlines. They are essentially a newsletter marketing service. 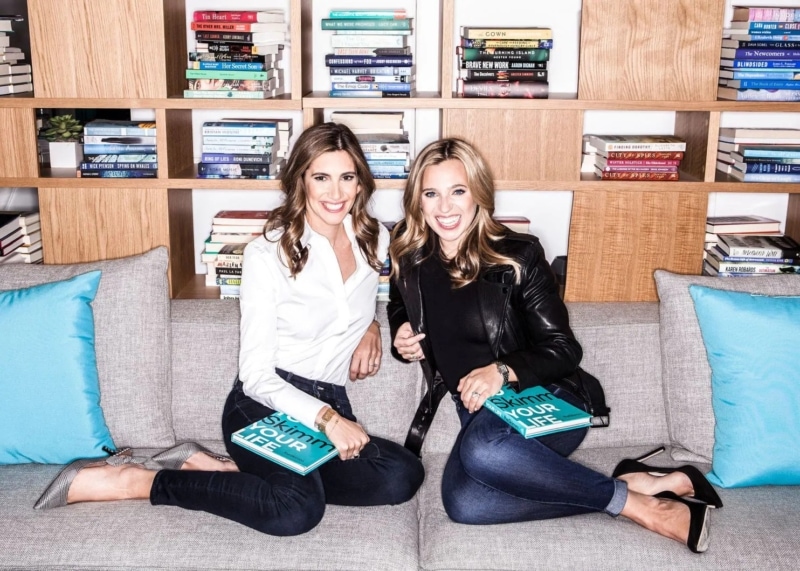 On June 11, they released a book full of advice for women. The Washington Post seems to think it’s insultingly basic advice, but I haven’t read it yet, so won’t comment.

But that’s not what people are mad about.

The gossip started percolating through their Goodreads page. A user noted that a lot of the information that ended up in the book was basically a rehash of information that a brand ambassassador (i.e. a fan, not someone who works for them) posted to their Facebook page. 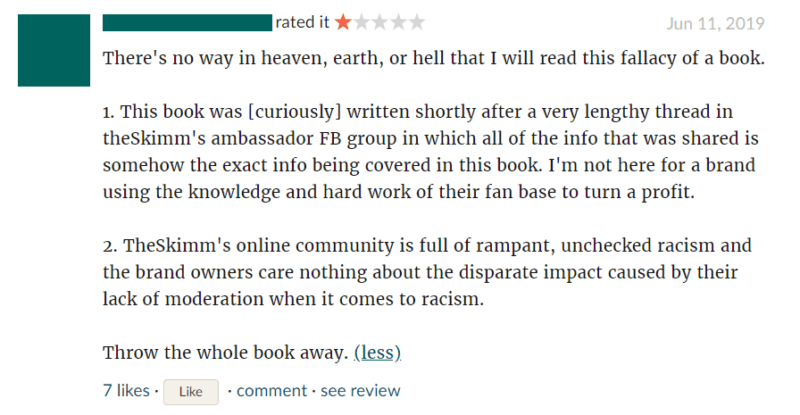 I haven’t seen either (a) the book or (b) this Facebook post, so initially, I wasn’t too concerned since I didn’t really have enough information to judge either way. But if it’s true, that’s extremely lame. Even if the brand ambassador has no legal claim (you can’t copyright ideas, only the expression of it), it’s still sketch.

Fake Reviews for How to Skimm Your Life

Right now, the Skimm has a 4+ rating on Goodreads, which seems to indicate that despite the (maybe) plagarism, it might be a decent book. However…

Multiple people have reported that The Skimm asked their army of Skimm’bassadors (what they call their brand ambassadors) to write reviews of the book even though they hadn’t been given a chance to read it yet. Which is pretty skeezy and unethical, obvs.

The whole topic of fake reviews has been bothering me more and more, since I find that I’m increasingly skeptical of early reviews of books. I know a vast majority of people on NetGalley try to be honest, but I think there is some pressure to write good reviews. It’s gotten to the point where I sometimes wish ARC’s weren’t a “thing”, which I know is probably heresy in the bookish world.

That said, authors actively asking people to write fake reviews is so much worse.

And then as a fetid icing on this shit cake, a number of the Skimm’s ambassadors have been reporting that they refuse to moderate racism in their Facebook group, which is just another reason in the mounting pile of reasons not to buy their book.

Anyway, hope you enjoyed the tea, and I’m thinking this book will be a definite skip for me. Even if the advice were good (which WaPo says it’s not), would you consider buying it? I can’t decide which one of these things is worse.

As a sidenote, I’m not a huge fan of people indiscriminately calling each other out on the internet (bloggers to other bloggers, bloggers to indie authors, etc.).

But the Skimm is a company worth somewhere in the 50-100 million dollar range. So I’d consider it fair game.

What do you guys think? Do you have more tea to spill when it comes to How to Skimm Your Life? Drop a comment below or shoot me an e-mail!