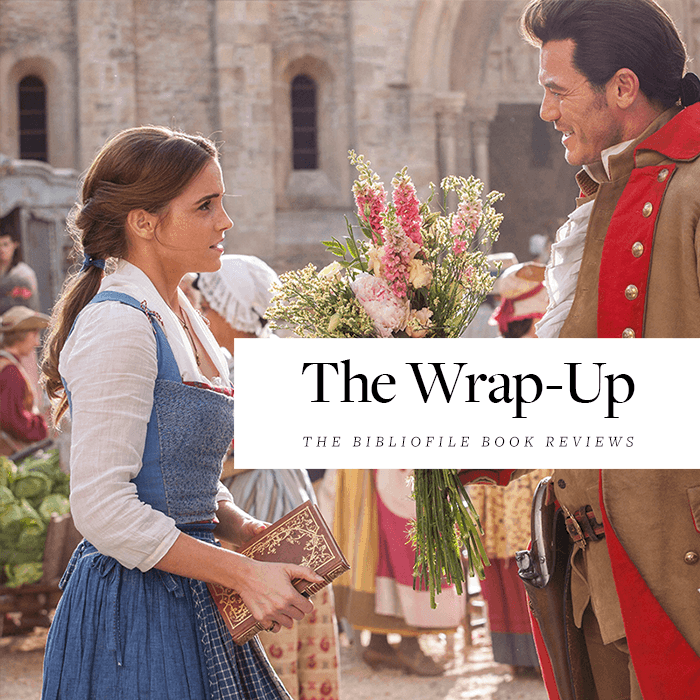 Happy Spooktober, Bibliophiles! Hope everyone is enjoying their scary, Halloween-themed reads. I haven’t settled on a perfect Halloween-ish book yet (maybe Practical Magic?), but I’ve been watching Castle Rock (the Stephen King TV adaptation) which has been okay. Anyway, here’s what new:

If you’re needing some ideas, here’s a list of literary-themed Halloween costumes (such as Belle, everyone’s favorite bookish princess)!

Review | The Bear and the Nightingale by Katherine Arden – This came out early last year, but it’s a retelling of a Russian fairy tale slash folk tale. If you like that sort of thing like I do, this is a really solid entry in that genre of books. It’s a fascinating and magical story, and the first entry in her Winternight trilogy. Also, see below for a pre-order giveaway for the third book in the series, which is coming out in January.

Review | Peril at End House by Agatha Christie – I don’t think this needs much introduction. I was in the mood for an Agatha Christie mystery, and I wanted to share my love of Agatha Christie with you all. I’m glad that this post got such a warm response, generating some of my favorite reader comments that I’ve gotten on this blog thus far:

Fiction Fan wrote about her cats being named after Tommy and Tuppence (an Agatha Christie detective duo), and Dora shared an anecdote about her mom introducing her to the great Dame Christie: “My mother was originally the one who read everything she’s written (or at least tried), she talked about them a lot and she has I think more than 60 of her books, so naturally when I was old enough to finally read them (12 maybe) I don’t even know which one of us was more excited!”

Oh, and I made a Halloween theme for the front page, if anyone is interested!

If your ARC game needs some work, here’s a very comprehensive guide on all the sources to get ARCs from thanks to Devouring Books. There’s a bunch of stuff on this list I would have never even thought about.

It’s Bookshop Day in the UK and Ireland! I find these kind of random holidays a little silly, but any excuse to celebrate your local independent bookstore is probably a good one. I’ll probably drop by my local bookstore, Spectator Books, today as well. :)

A Spark of Light by Jodi Picoult came out this week. It’s a book about a shooting at an abortion facility, so not a light topic. But people seem to be enjoying this emotional and thought-provoking book. See The Candid Cover or Novelgossip.

A new release from this week with slightly more mixed but still generally positive reviews is Charlaine Harris’s An Easy Death. It’s the first title in her new Gunnie Rose series, and it’s a alternative history slash Western slash fantasy thriller. Yup, it’s a lot of things. The main character is a young gun-slinging mercenary who takes a gig with some wizards. See Sacha Darlington or Literary Love Books for reviews.

For this weekend only, get 15% off all orders at Barnes and Noble, both in stores and online. Get it while it’s hot! and Books a Million is offering the same deal as well. Both end Monday (10/8).

If you’ve pre-ordered The Winter of the Witch by Katherine Arden (Book 3 in her fantastic Winternight series), you can sign up to get a free autographed bookplate to go with your book. Ends 1/7/19. Alternatively, you could just pre-order a signed copy of the book.