By Jess Walter, A colorful but subtly moralistic story set in Hollywood and the Amalfi Coast

I have this thing that I do — in theory — where, before I travel somewhere new, I like to buy a book that’s set in that place and read it while I’m there. You know, just to set the scene and to get to visit the places in the book, etc. Sounds lovely, right? In theory.

What actually happens is, I find a book and pack it in my bag, but ignore it completely since I’m too busy trying to catch trains or take pictures or whatever, and instead it just gets dragged along adding extra weight like some sort of albatross of intellectual neglect. Many years later I’ll (maybe) revisit the book (if I’m lucky). Anyway, so yeah, this was the one I chose when I went to the Amalfi Coast during my bar trip after graduating grad school. A mere four years later, I’ve finally come around to reading it. Cool story, right? Whatever.

Anyway, Beautiful Ruins is set on the Amalfi Coast of Italy, a legitimately breathtaking place, and Walters quickly transports you to this dreamy place of sapphire waters, steep jagged cliffs and pastel-painted houses. Pasquale is an innkeeper in a little fictionalized fishing village called Porto Vergogna. It’s a quaint village but entirely unknown except to its own residents, vastly overshadowed by the flashier, more recognizable and more accessible cities that comprise the Cinque Terre nearby.

For the most part the inn is a quiet and often empty place, though there is an American writer that visits every year, trying unsuccessfully to finish a book. Pasquale has dreams of the place becoming a tourist destination and reinvigorating the small town. In his starry-eyed thoughts, he envisions building a tennis court that juts out of cliffs and looks out on the water, a vision that persists even as he realizes it is logistically and financially implausible. One day an actress shows up, looking for a place to stay. She has a small role in the movie Cleopatra, which she was in the process of shooting, but has been sent here to rest after becoming ill.

This is my first time reading anything by Jess Walter. I picked it up knowing nothing about him or the book other than that the cover was pretty and that it was set in the location I was looking for. The novel turned out to be entertaining and very plot heavy, and the writing was solid and often humorous. But if I had to guess, his forte is probably at drawing portraits of imperfect men. They are nuanced and surprisingly uncliched men. Pasquale is an idealist and a dreamer with generally good intentions, but has to come to some difficult realizations about his actions. The American author comes to terms with his own past. And a famous movie producer’s past catches up with him as well. There are plenty of fun and quirky books out there, but Walter’s careful character sketches are what set this book apart.

This isn’t a perfect novel, depending on what your tastes are — the plot is implausible (Richard Burton, who was famous actor in the 50’s, is one of the main characters) and a little all over the place with a bunch of characters and subplots running around different times and places everywhere at once, and there’s kind of an inconsistent tone throughout the book. It didn’t bother me and some probably like that sort of thing. I was fine with it, mostly because I like books that seem to know what they want to say. Whereas some books end up with a ton of characters and too much going on because it feels like the author didn’t know what to do with everyone, Walter’s novel ends up being rather coherent and meaningful in a subtle way.

Writing this review months after reading it, it’s only a few small but important parts of the book that have stuck with me when most of the plot has faded away. I initially though it would be more of a beach-type read, which it is in terms of it’s light tone, dazzling settings and fanciful plot, though I think it is actually more literary (i.e. subtle) than that if you pay attention.

Beautiful Ruins is probably not a book I’d recommend to everyone since I do think really appreciating it requires a little more nuance than some people have an appetite for. It’s entertaining and colorful though and certainly not a boring book, so even if you’re not sure, you might just give it a shot. I think it’d be a good book club book, and I certainly enjoyed it. 4/5. 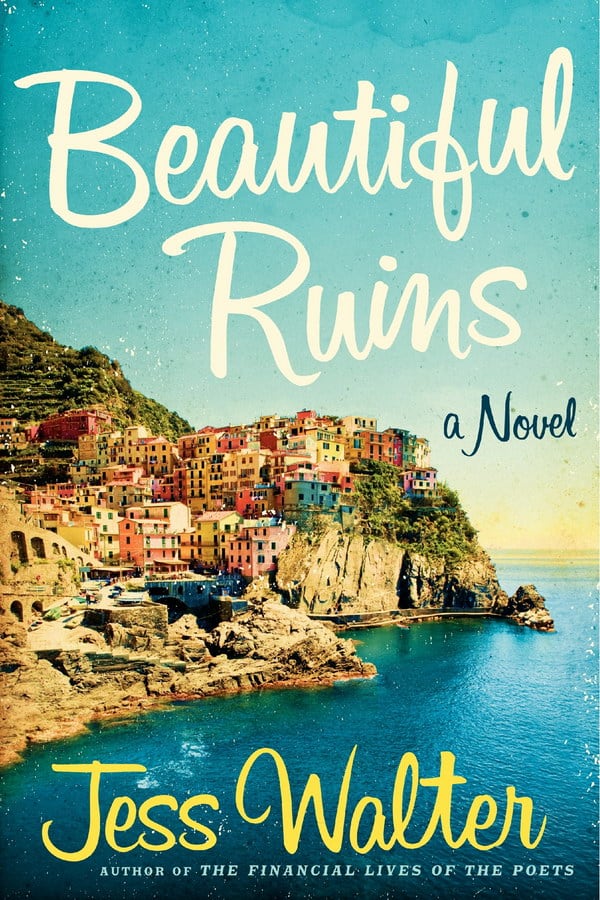 From the Publisher
The acclaimed, award-winning author of the national bestseller The Financial Lives of the Poets returns with his funniest, most romantic, and most purely enjoyable novel yet. Hailed by critics and loved by readers of literary and historical fiction, Beautiful Ruins is the story of an almost-love affair that begins on the Italian coast in 1962...and is rekindled in Hollywood fifty years later.
Show More
See it on Amazon
Share This
social & email
New Reviews
recent releases
New Posts
recently posted
Discussion and Replies