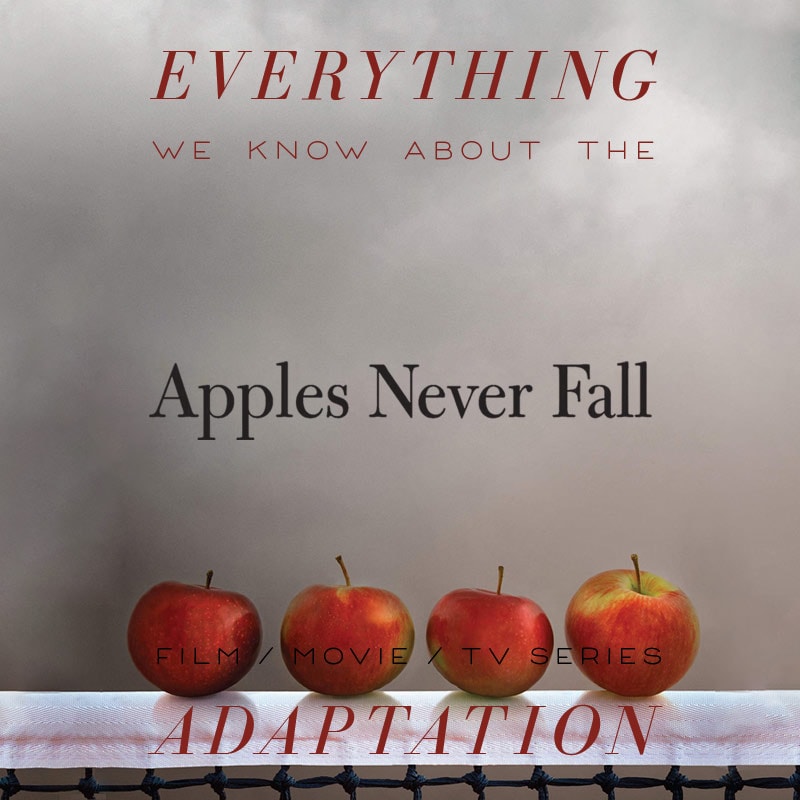 Apples Never Fall by Liane Moriarty has a limited series in development. For all the details about this potential jump to the small screen, here’s what we know about the Apples Never Fall TV series:

Apples Never Fall follows the four Delaney siblings after the disappearance of their mother, Joy Delaney. The police soon identify their father, Stan, as a possible person of interest in her case.

As they try to unravel the mystery of what happened to her or where she went, the four siblings — Troy, Brooke, Logan and Amy — are forced to confront truths about their relationships with each other, with their significant others, with their parents and about their parents’ marriage. Their parents are both former tennis players who used to run a tennis academy.

To complicate matters, there’s also a strange young woman who showed up at Stan and Joy Delaney’s door a while back, and who is now nowhere to be found…

See the Full Review and Summary of Apples Never Fall from The Bibliofile.

What format will it be? Will the Apples Never Fall adaptation be a Movie or a Series?

Heyday Television (a joint venture between producer David Heyman and NBCUniversal International Studios) owns the film rights to Apples Never Fall. Heyman previously produced the Harry Potter movies as well as other big ticket movies such as Marriage Story and Once Upon a Time…in Hollywood.

What’s the status of the Apples Never Fall adaptation?

Given how well the other adaptions of Liane Moriarty’s books have performed (such as Big Little Lies and Nine Perfect Strangers), it seems there’s a very good chance this project will end up happening.