By Tayari Jones, A affecting novel about a love story and a wrongful conviction

An American Marriage by Tayari Jones is about a young couple stuck in a love triangle in the wake of a wrongful incarceration. The book has received praise from Barack Obama, and Oprah patronized the book via inclusion in her omnipresent book club.

I actually picked it up based on a misunderstanding of what the book was really about (oops!) as described in the caveats below, but went ahead and finished it anyway. 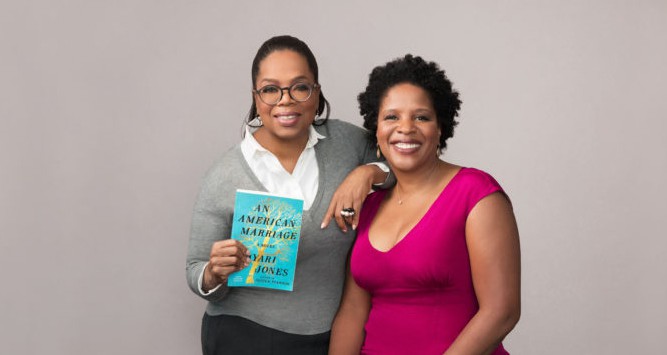 Roy and Celestial are a young couple living in Atlanta. When the book opens, they are on a trip to the decidedly Southern town of Eloe, Louisianna to visit Roy’s parents. Celestial is an artist who’s starting to get some traction, and Roy been finding success with his career in business. They are hopeful and in love and they fight and they make up and they are figuring things out, as young couples do.

One night, while they stay in a hotel, the police kick down the door and drag them out of bed. Roy has been falsely accused of raping a woman a few rooms away. A few months later, Roy is sentenced to twelve years in prison.

As the fissures in their marriage deepen, Celestial turns to a childhood friend for support, only for Roy to be released after five years. The three of them are left to navigate an impossible situation while dealing with the hopes and expectations and disappointments of their family members and each other.

So, two things to note:

1. I was expecting a book that would do a deep dive into the topic of mass incarcerations, wrongful convictions, the treatment of black men in the justice system, and the criminal justice system in general. This is not that book. The trial, the appeal and much of Roy’s time in prison is covered in the beginning, but isn’t the focus of the story.

Instead, it’s essentially a book about relationships — both romantic and familial — that’s been placed in the context of a relevant and important social issue. The wrongful incarceration mostly serves as a catalyst for the plot of the rest of the book.

2. There’s a stretch of the book — roughly 10%, I’d estimate — that is in epistolary form (as in, written as letters back and forth). I’ll leave it to you to decide whether this is a plus or a minus, since some people love this. I’ve always struggled with epistolary novels.

For the reasons above, my feelings toward the book shifted a lot while reading it. I found the beginning — which discusses the accusation and conviction — gripping, but I considered abandoning it when the book’s focus moved toward the love triangle aspect of the story. Still, I ended up finishing it, and I’m glad I did.

It’s an interesting and affecting novel, even if it wasn’t the book I was intending to read (see caveats above). Instead, this book is about three people stuck in a love triangle, their relationships and families, their upbringings, and how all of that has impacted their perspectives.

An American Marriage loops around in time, from the arrest and release to retracing Roy and Celestial’s history as a young couple. We find out about their deep history with Andre, the “other man”. We see them fall apart and then we see them fall in love, and all the while we wonder how this situation could possibly be resolved.

The novel scrutinizes each of the main characters’ relationships with their parents and their disparate upbringings. Celestial has the most privileged upbringing, with a relatively stable and well-off family life. Roy grew up with a step-father and his family struggled financially, but he still had a loving childhood and food on the table. Meanwhile, Andre’s family life was less stable, with his father leaving to start a new family.

The book tries to do a lot within its premise — covering the love triangle, dissecting complicated interpersonal relationships, juxtaposing characters with varying socioeconomic backgrounds, delving into criminal justice, and so on and so forth. Not all of it is entirely satisfying, but it certainly provides a lot of fodder for discussion.

As a minor critique, one stylistic aspect of the novel that bugged me was that the story is told from various first-person points of views, but the “voice” of the characters seem to the same or at least very similar. To be fair, making multiple first-person perspectives feel authentic is a lot tougher than (the more common practice of) doing multiple third-person perspectives, where using the same voice to narrate makes sense. I don’t think it ultimately detracted from my enjoyment of the novel, but it was a bit of a distraction.

Despite its premise, An American Marriage actually doesn’t delve that deeply into the topic of wrongful incarceration. Instead, it covers the intersection of where socioeconomic factors cross with being black in America much more thoroughly, and it presents and dissects complicated romantic and familial relationships.

Overall, I thought it was a good book and enlightening in parts, but didn’t end up feeling strongly about it. As mentioned above, I went into the book thinking it would be largely focused on criminal justice (in my defense, a lot of reviews about it made it seem that way), so I struggled through the parts that were solely about the love triangle. I’d also heard so many great things about this book that I probably had unrealistic expectations.

Either way, its premise of three characters with different upbringings that are navigating an impossible situation provides a lot of good entry points for discussion. “This would be a good book club read” was probably is most prominent thought in my mind as I read this. From the backgrounds of the characters, to the wrongful conviction aspect, to the murky ethics of Celeste and Andre’s relationship, there’s a lot to chew on.

Have you read An American Marriage? What did you think? Is it something you think you’d read? See it on Amazon or Book Depository. 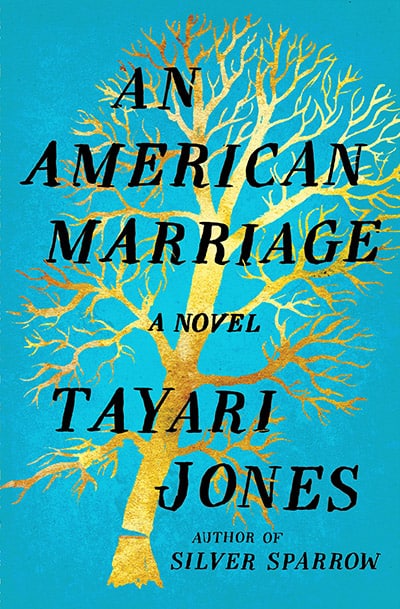 From the Publisher
Newlyweds Celestial and Roy are the embodiment of both the American Dream and the New South. He is a young executive, and she is an artist on the brink of an exciting career. But as they settle into the routine of their life together, they are ripped apart by circumstances neither could have imagined. Roy is arrested and sentenced to twelve years for a crime Celestial knows he didn’t commit. Though fiercely independent, Celestial finds herself bereft and unmoored, taking comfort in Andre, her childhood friend, and best man at their wedding. As Roy’s time in prison passes, she is unable to hold on to the love that has been her center. After five years, Roy’s conviction is suddenly overturned, and he returns to Atlanta ready to resume their life together.
Show More
Read an Excerpt
See it on Amazon Book Depository